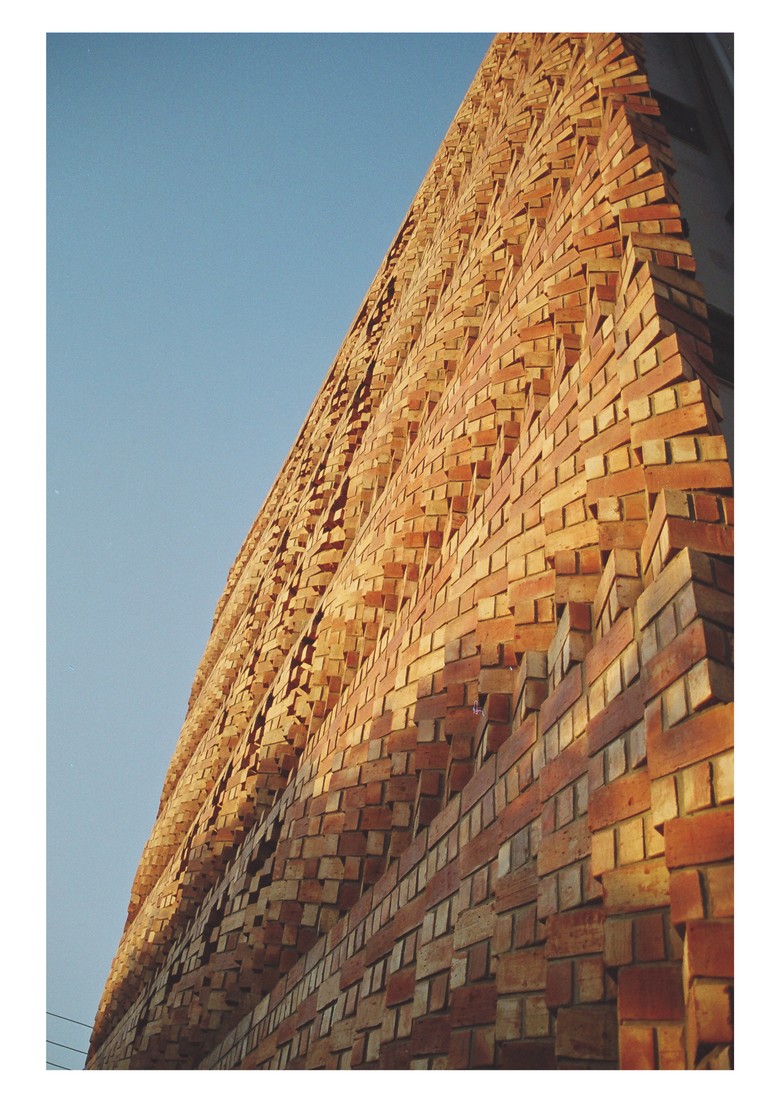 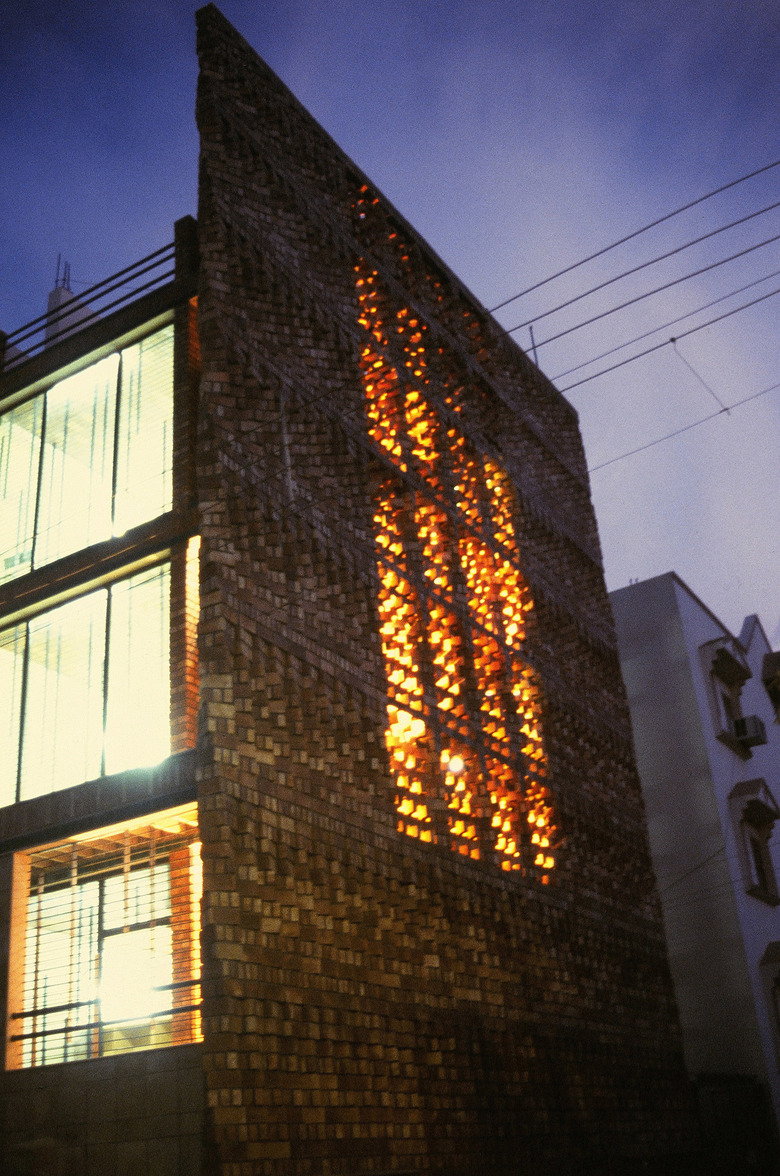 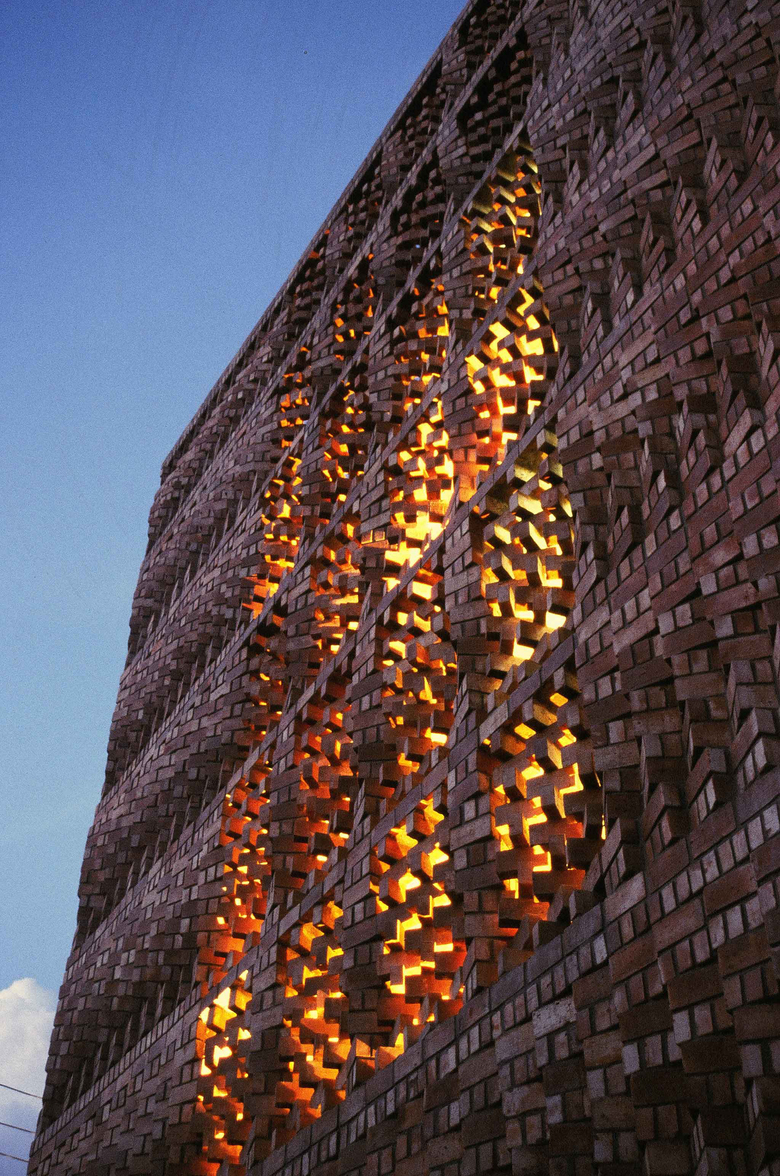 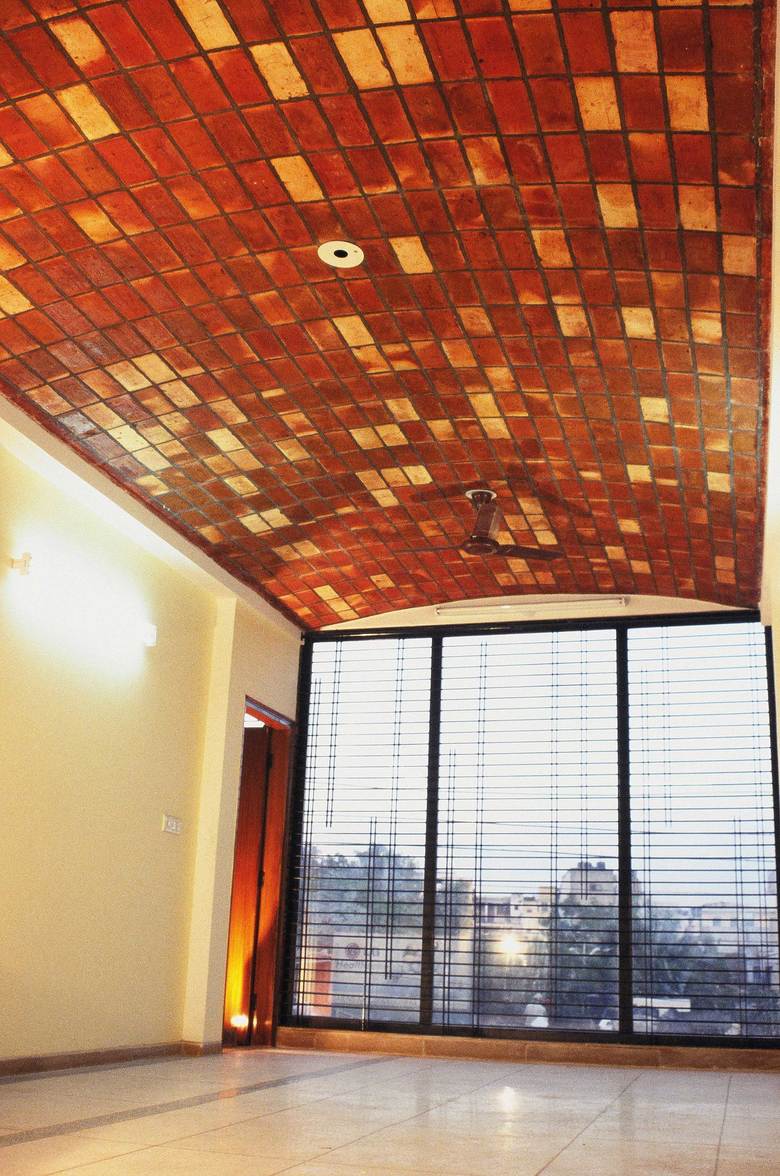 South Asian Human Rights Documentation Centre (SAHRDC) is a non-governmental organisation which seeks to investigate, document and disseminate information about human rights. A small office with limited resources, the SAHRDC also runs an internship programme attracting scholars from universities in India and abroad. It required an office to be made on a 50 sqm plot emphasising spatial efficiency and cost effective construction.

The site is at a busy street corner with essentially pedestrian traffic. As the site is not very large, the acoustic and visual intrusion of the street activity into work spaces was a key concern.

CONSTRAINTS OF SPACE AND COSTS

The method of construction adopted had to optimize the space available on site and a modest budget.

The orientation of the site is such that the longer 10m side is exposed to direct sun throughout the day. Reducing the resulting solar thermal gain was an important design generator.

Although some fortification against the street was required, it was crucial for the façade “converse” with the external activity. The external wall is conceived as an animated, dynamic skin reflecting the bustle of the street and activating what would otherwise have been a mundane façade with minimal fenestrations. The porosity of the wall maintains a degree of privacy while playfully engaging with the street corner.

Efficient Space utilisation is achieved by creating a single consolidated volume on each floor to be flexibly partitioned as per the client’s requirements. This volume is serviced by a flanking buffer bay of a single flight cantilevered staircase and a toilet stack. Costs were minimised by using exposed brick construction and by creating a beamless soffit at every floor. To create a beamless soffit without increasing the thickness of the slab, a gently vaulting roof was designed. Lateral inverted beams were introduced and flooring laid onto an infill so that each floor plate insulated eliminating the need for a false ceiling.

This buffer bay forms a breathing thermal barrier along the sun facing side. By situating the staircase and toilet stack in this bay, the internal workspaces are protected. The porosity of the wall ensures that the buffer bay is well ventilated and yet shaded so as to reduce the amount of heat transmitted to the workspaces.  A single repeating brick module creates a visually complex pattern in the manner of traditional South Asian brise soleils.

The construction of the wall

A six brick module is laid in staggered courses that create twirling vertical stacks and an undulating surface. The construction of the screen wall was a result of a five-week process devising masonry techniques on site. From verification of plumbline to the structural bonding of the brick courses, methods of brick laying were devised through a deep on-site collaboration between the masons and the architects.