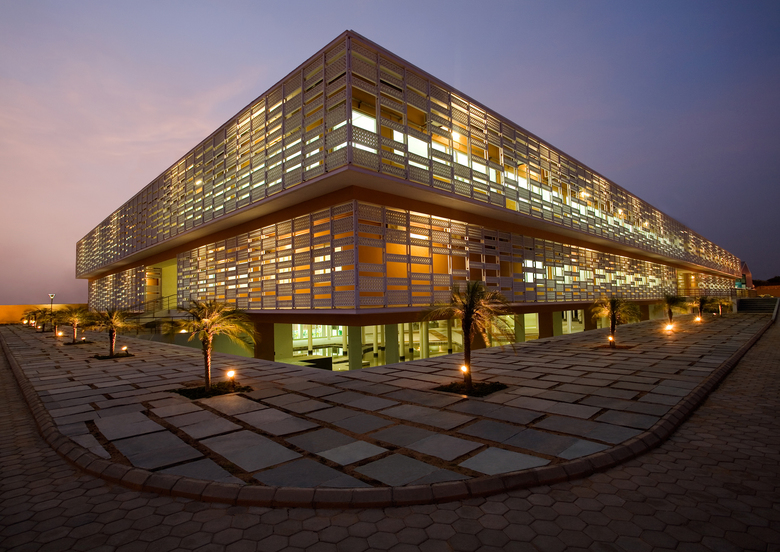 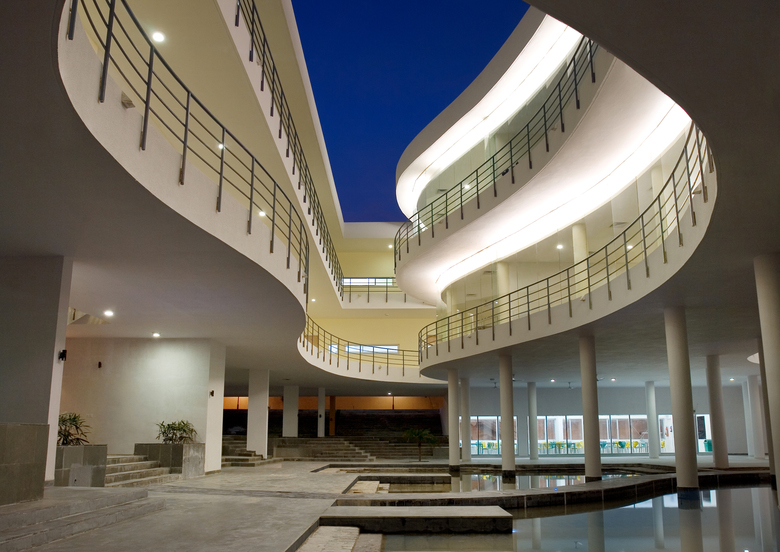 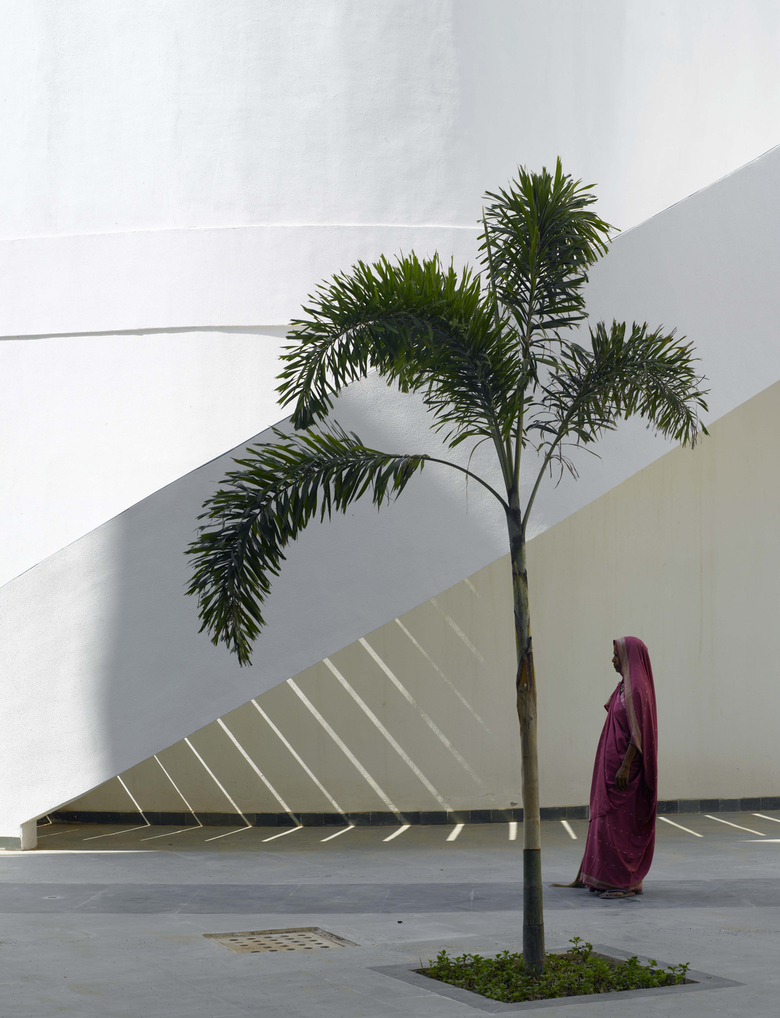 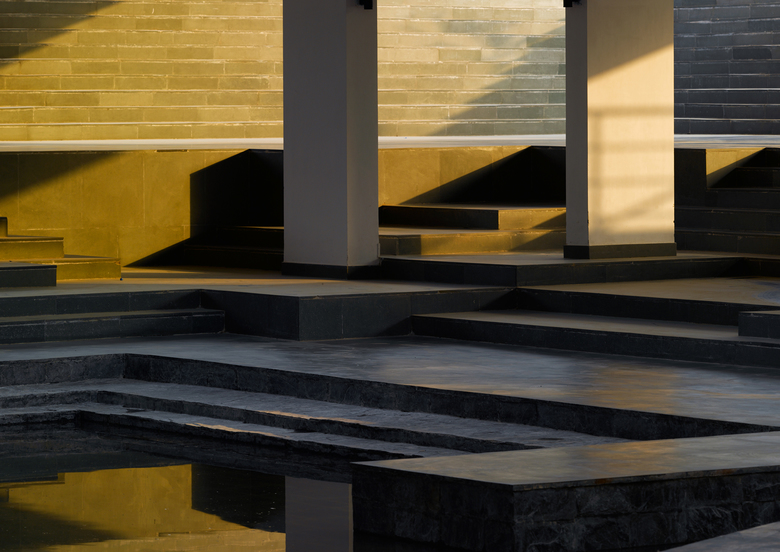 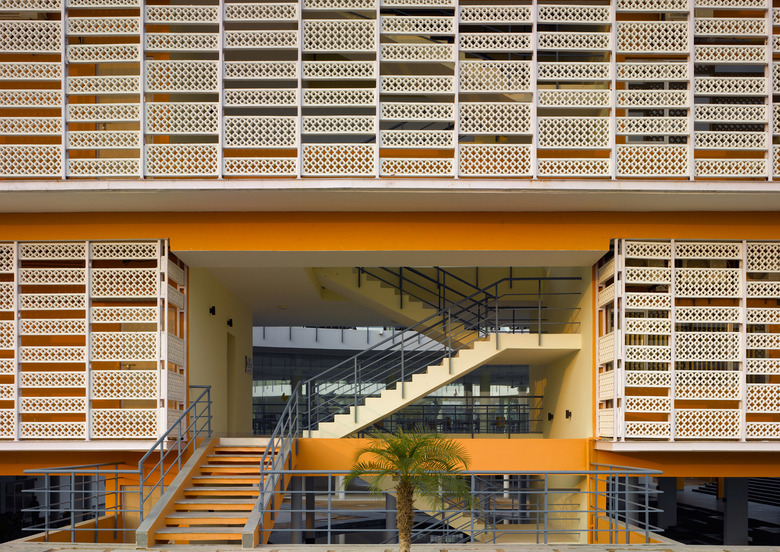 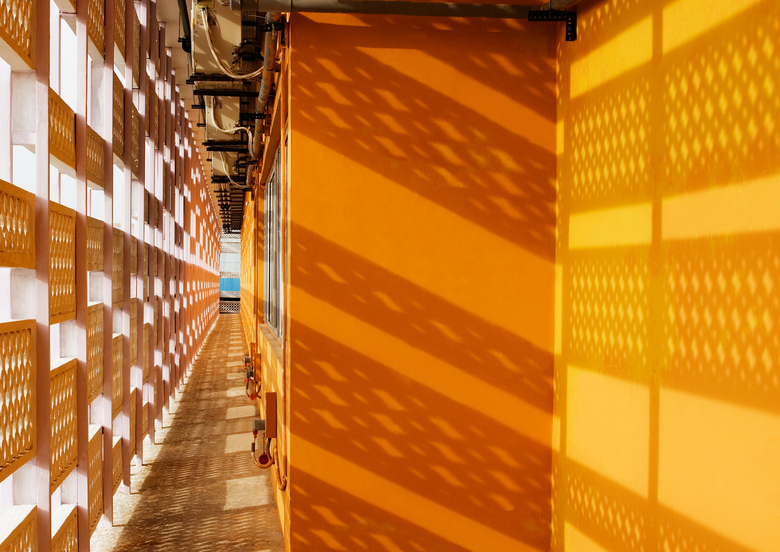 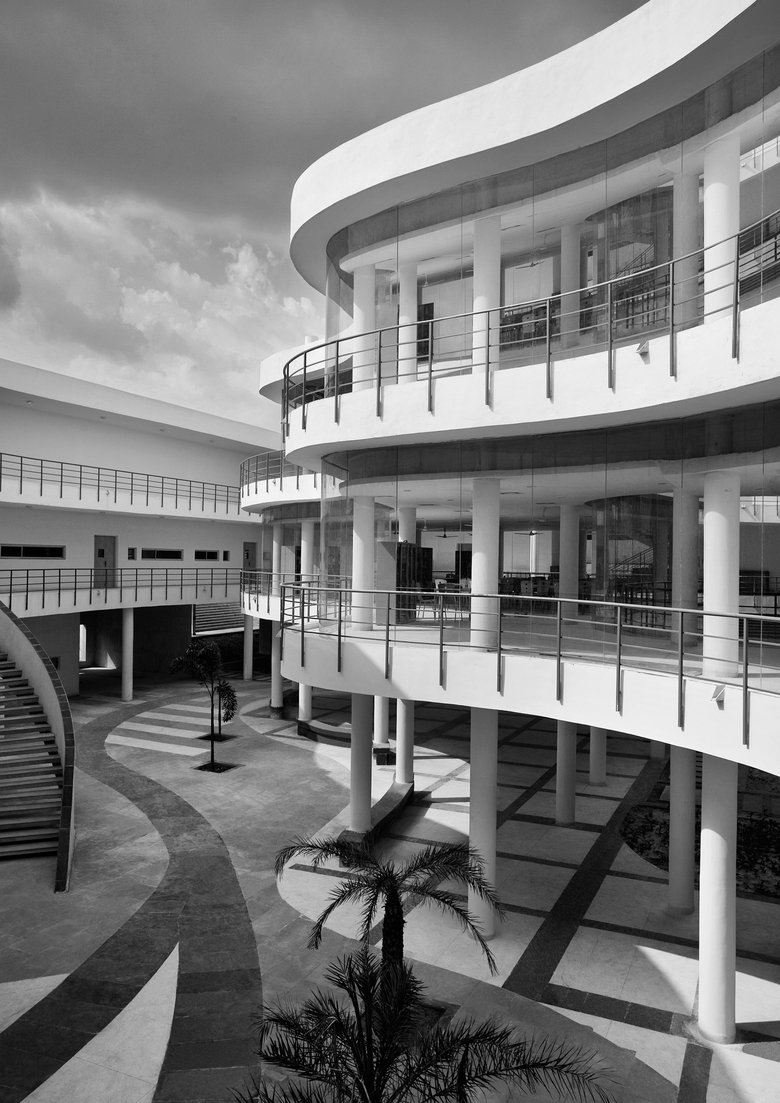 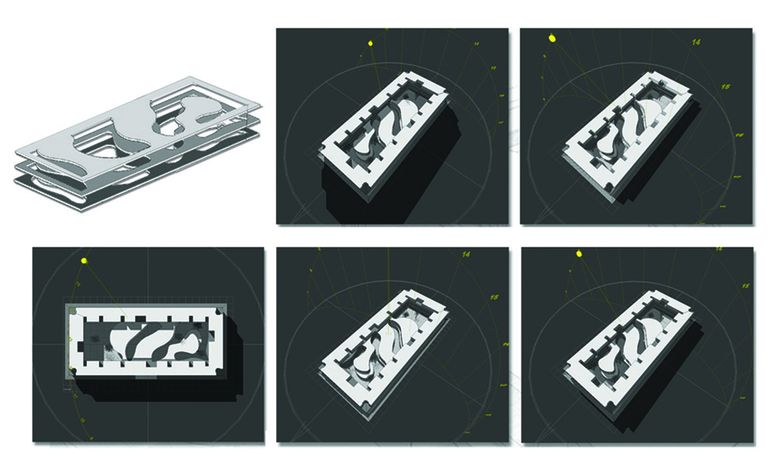 The Pearl Academy of Fashion, Jaipur is a campus which by virtue of its design is geared towards creating an environmentally responsive passive habitat. The institute creates interactive spaces for a highly creative student body to work in multifunctional zones which blend the indoors with the outdoors seamlessly. The radical architecture of the institute emerges from a fusion of the rich traditional building knowledge bank and cutting edge contemporary architecture.

The institute is located in a typical hot, dry, desert type climate on the outskirts of Jaipur in the soulless Kukas industrial area, about 20 kilometers from the famous walled city. It ranks third in the top 10 fashion design institutes in India, and its design needed to represent the seriousness of its academic orientation through its formal geometry. Given the nature of an institution, budgetary constraints on the project necessitated the use of cost effective design solutions to keep within the price points set by the client and yet be able to achieve the desired functionality and effect. The adverse climate makes it a challenge to control the micro climate within the project thus incorporating various passive climate control methods becomes a necessity and also reduces the dependence on mechanical environmental control measures which are resource hungry. The architecture of the academy needed to be a confluence of modern adaptations of traditional Indo-Islamic architectural elements and passive cooling strategies prevalent in the hot-dry desert climate of Rajasthan such as open courtyards, water body, a step-well or baoli and jaalis (perforated stone screen). All these elements have been derived from their historic usages, but will manifest themselves through the built form and become an intrinsic part of the daily life of the design student.

The building is protected from the environment by a double skin which is derived from a traditional building element called the ‘Jaali’ which is prevalent in Rajasthani architecture. The double skin acts as a thermal buffer between the building and the surroundings. The density of the perforated outer skin has been derived using computational shadow analysis based on orientation of the façades. The outer skin sits 4 feet away from the building and reduces the direct heat gain through fenestrations, yet allowing for diffused daylight. The jaali thus, serves the function of 3 filters- air, light, and privacy.

The scheme relies on self shading sliver courts to control the temperatures of internal spaces and open stepped wells while allowing for sufficient day lighting inside studios and class rooms. Programmatic requirements enabled the conception of a whole level of functions in the underbelly which would operate in a passive environment without the employment of any mechanical means of heating and cooling. The entire building is raised above the ground and a scooped out under belly forms a natural thermal sink which is cooled by water bodies through evaporative cooling. The water body which is fed by the recycled water from the sewage treatment plant helps in the creation of a microclimate through evaporative cooling. The under belly which is thermally banked on all sides serves as a large student recreation and exhibition zone and forms the anchor for the entire project. During the night when the desert temperature drops this floor slowly dissipates the heat to the surroundings keeping the area thermally comfortable. This time lag suits the staggered functioning of the institute. Passive environmental design helps achieve temperatures of about 27 degree Celsius inside the building even when the outside temperatures are at 47 degree Celsius.

The materials used for construction are a mix of local stone, steel, glass, and concrete chosen keeping in mind the climatic needs of the region while retaining the progressive design intent. Energy efficiency is a prime concern and the institute is 100% self sufficient in terms of  captive power and water supply and promotes rain water harvesting and waste water re-cycling through the use of a sewage treatment plant. Besides having become a very successful model for cost effective passive architecture in desert regions the design and facilities of the campus complement the ideology of the Pearl Academy of Fashion – a cutting edge design institute with a sustainable approach. The Pearl Academy of Fashion is an exemplar of an inclusive architecture which intends to accommodate all the heritage values while positioning it within the contemporary cultural and architectural paradigm.