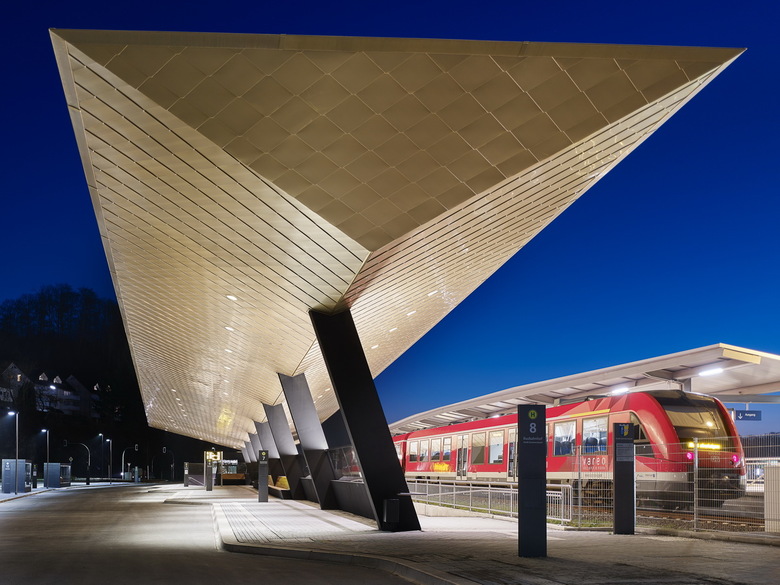 "A warmly glowing, floating metal sculpture" is how the architects at pape + pape describe the new bus station they designed for Gummersbach, Germany. Sited by the train station, the new structure creates a striking image at the entrance to the country town. John Hill, Thomas Geuder

Show me your light Light+Building, the internationally most important trade fair for lighting and building services technologies is over. We have found many new things, discovered several unexpected products, missed expected solutions and, every now and then, we also learned something new. Our trade fair... Thomas Geuder 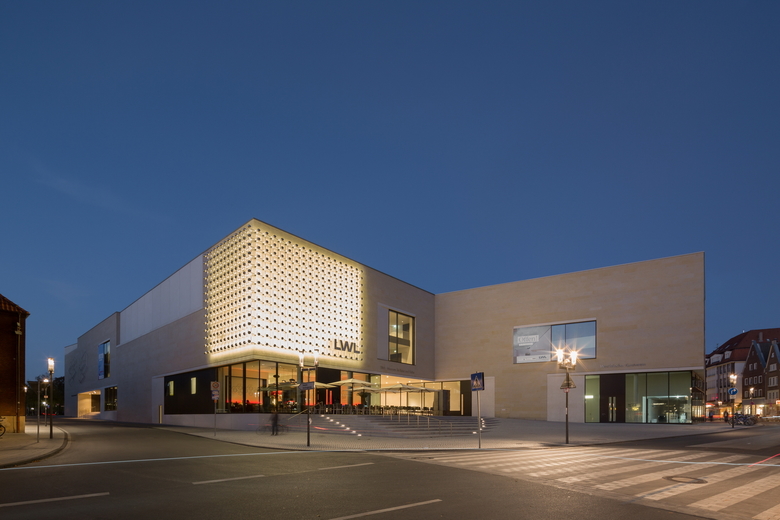 Andreas Schulz ranks among the leading masterminds in the field of lighting design. Prior to the upcoming Light+Building trade fair, we asked him for a short interview on the developments and changes in his industry. A practice-oriented conversation. Thomas Geuder

A Curtain-like Facade in Ulm Stuttgart-based architects h4a have completed the new sports hall for the Kepler- and Humboldt-Gymnasiums in Ulm, a boxy building stacked with three gyms one above the other. The interior is elegantly blurred by a sculptural facade of twisting aluminum fins. John Hill, Thomas Geuder 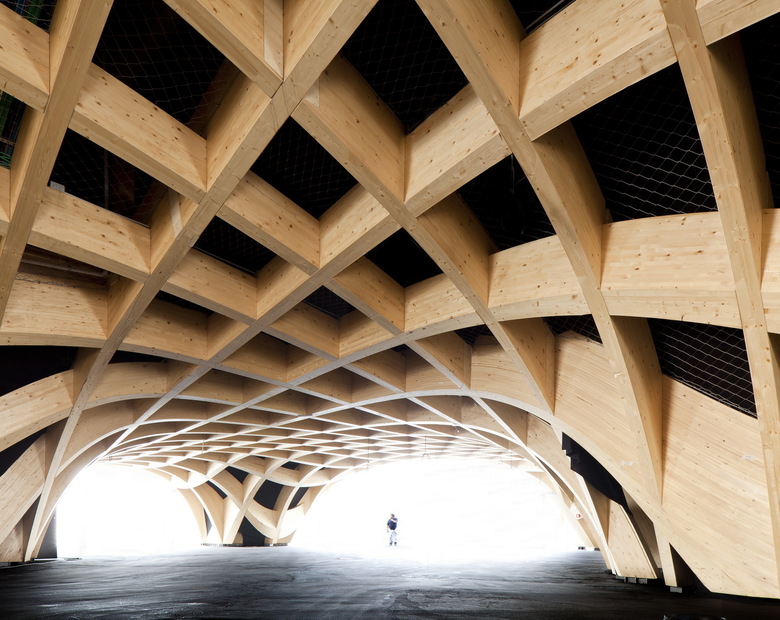 The motto of Expo 2015 in Milan, "Feeding the Planet, Energy for Life," was translated in the French pavilion into a built landscape designed by Parisian architecture firm XTU, with lighting design by Bonn's Licht Kunst Licht. John Hill, Thomas Geuder 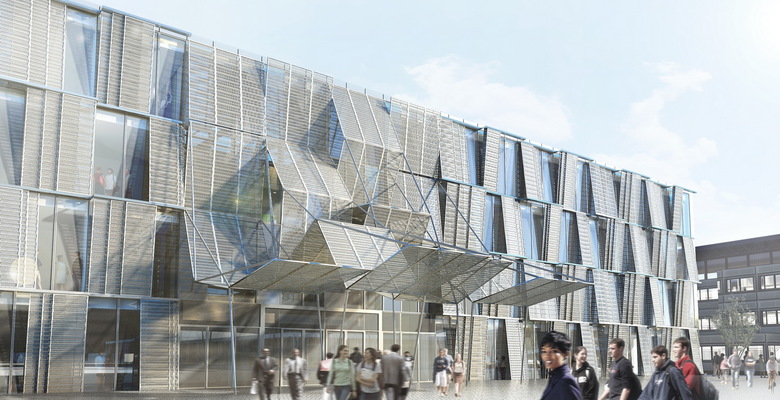 The campus of the Ecole Polytechnique Fédérale de Lausanne (EPFL) is known best for SANAA's Rolex Learning Center built in 2010. Dominique Perrault has just completed an adjacent building whose facade dissolves through the use of a custom, movable aluminum mesh. John Hill, Thomas Geuder

A Colorful 'Crystal' in Münster 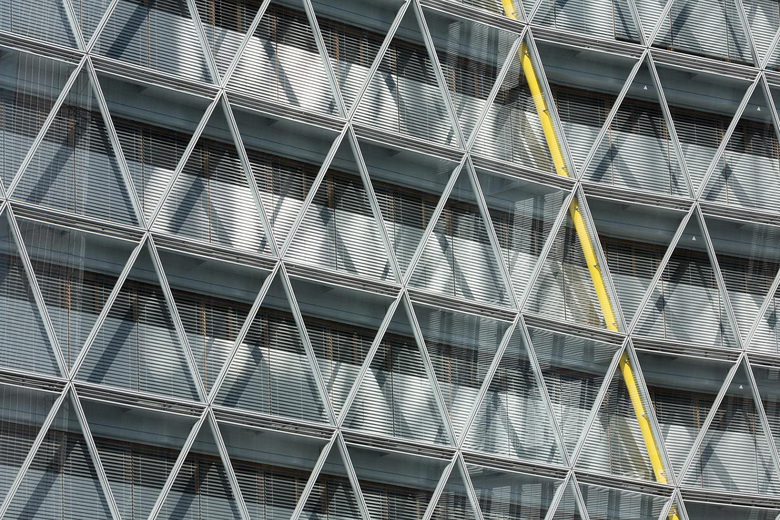 In Münster, Germany, HPP Architects have realized, together with Duk-Kyu Ryang, an office building for LVM that adds character to the city's skyline. Inside, employees can look forward to seasonal moods of color that emanate from the flooring. John Hill, Thomas Geuder 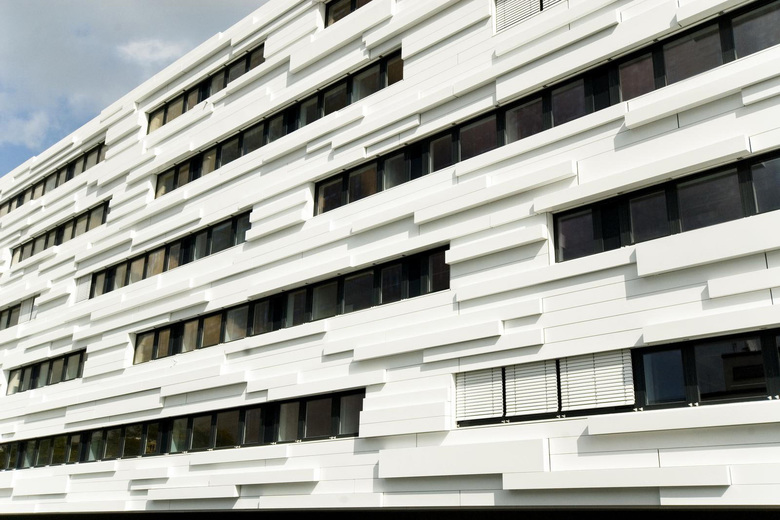 The facade of SEHW Architektur's design for the Fraunhofer Institute for Secure Information Technology (SIT) in Darmstadt, Germany, appears to form some kind of secret code, appropriate given the site's history. John Hill, Thomas Geuder

A Digitally Drawn Facade in Frankfurt 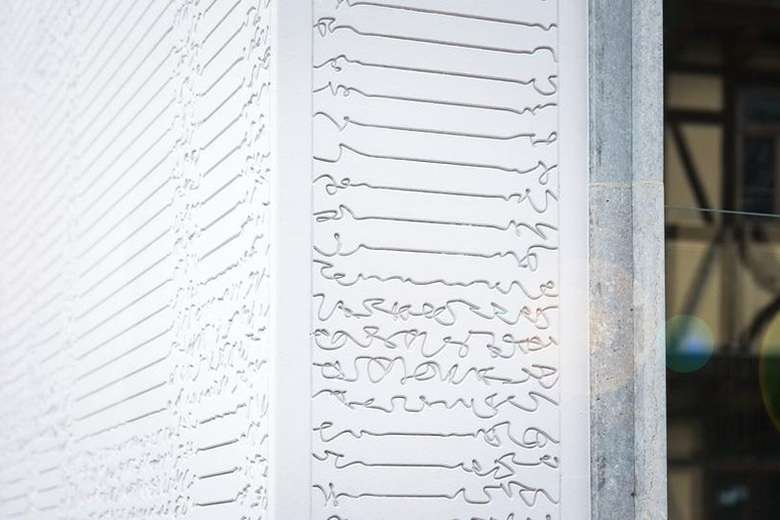 Good architecture takes its environment into account, particularly surrounding buildings. In Frankfurt am Main, Franken Architekten has taken a literal approach through a digitally drawn façade for a new home and studio in old town Sachsenhausen. John Hill, Thomas Geuder 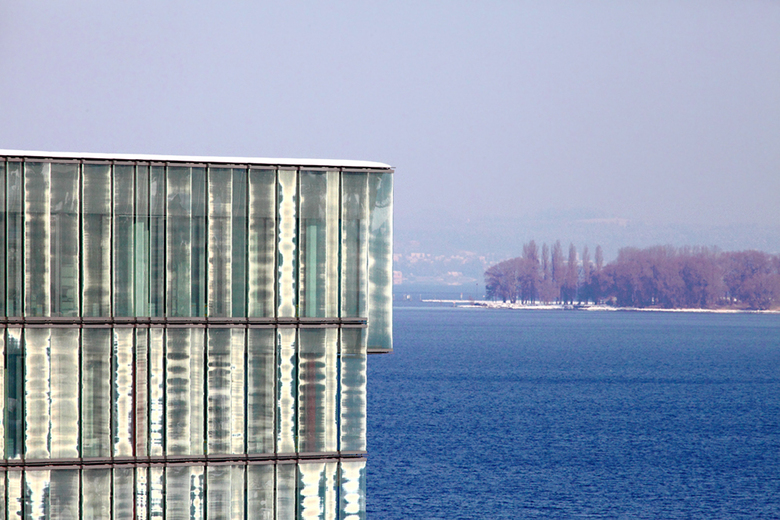 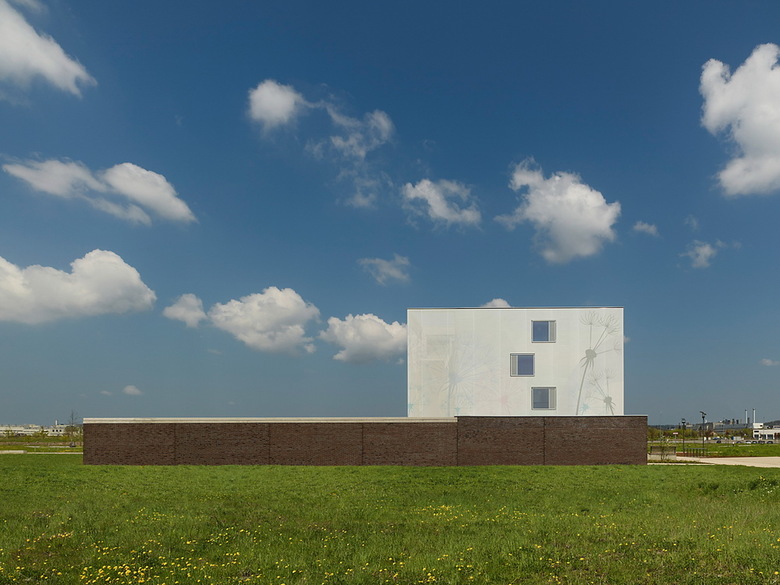 Lightweight printed facades offer the opportunity for artistic expression while also enabling easy and inexpensive change in the future. For a daycare center in a new urban district under development on an old airfield in southern Germany, (se)arch Freie Architekten employed SergeFerrari's... John Hill, Thomas Geuder 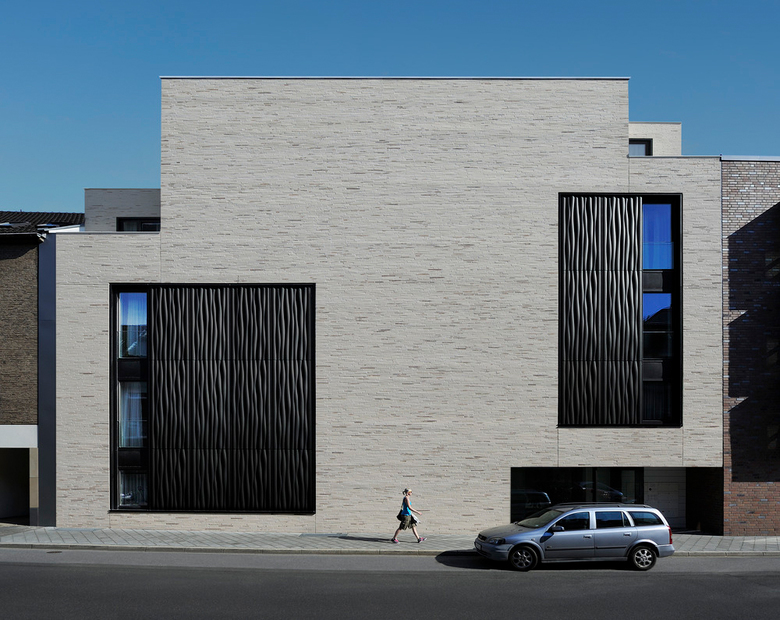 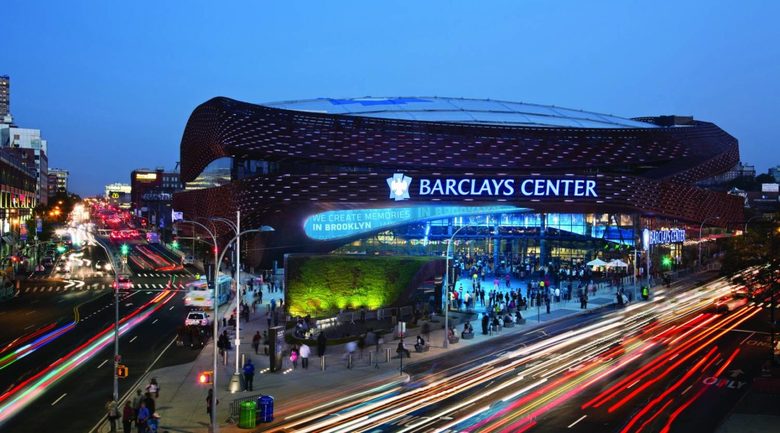 Brooklyn's Barclays Center—home to the Nets basketball team as well as a venue for music and other events—presents a face to the neighborhood of predominantly one material: rusted steel. But against the urban grit can be found LED screens that extend inside where they are... John Hill, Thomas Geuder 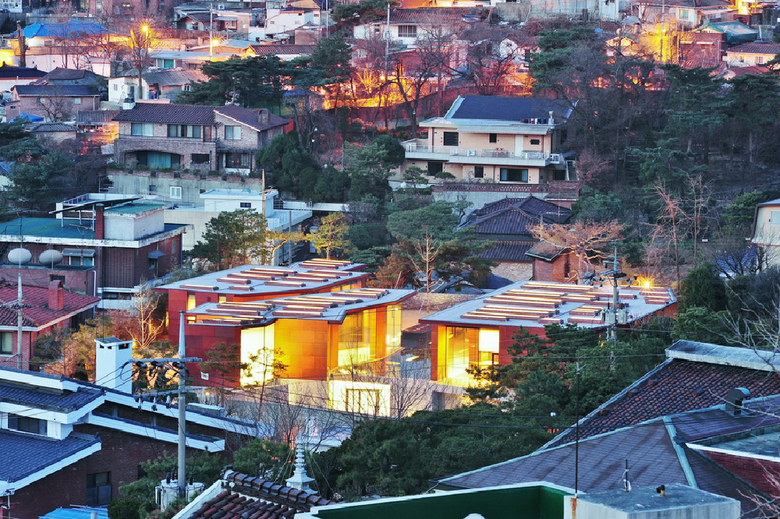 Due to the dual nature of its program, the Daeyang Gallery and House in Seoul, designed by Steven Holl Architects, includes spaces for the display of art that do not want direct sunlight. To achieve this, Okalux's KAPILUX T insulating glass is incorporated into skylights capping the gallery... John Hill, Thomas Geuder