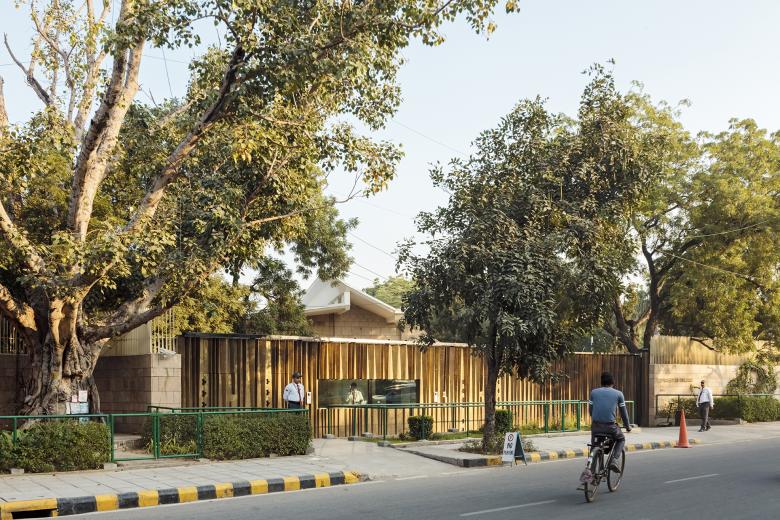 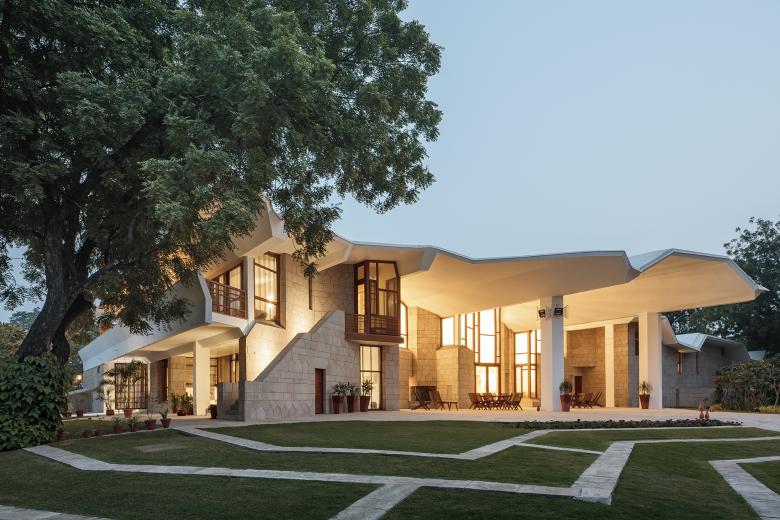 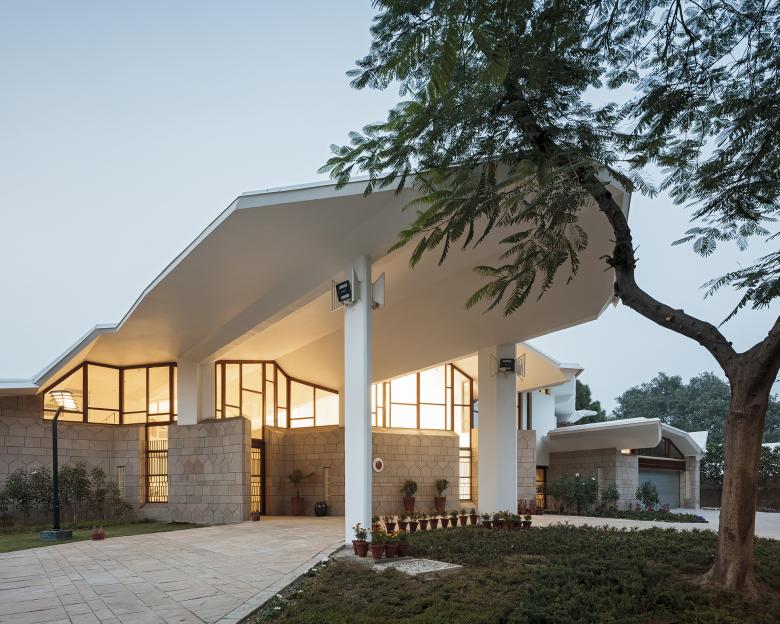 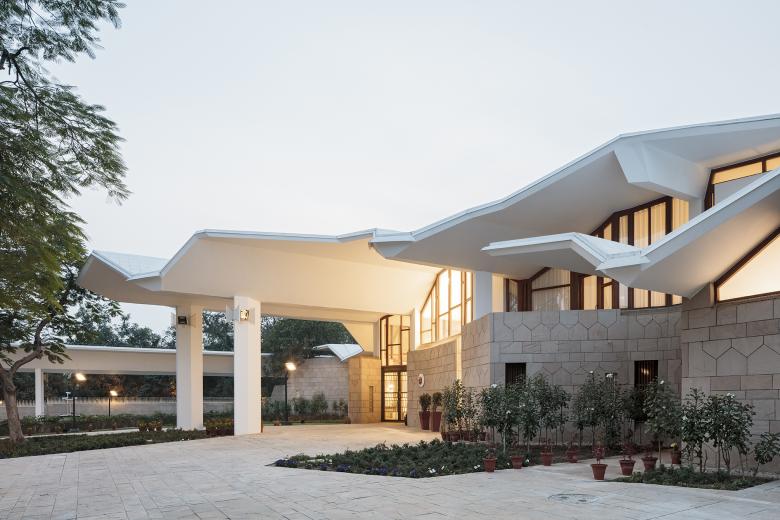 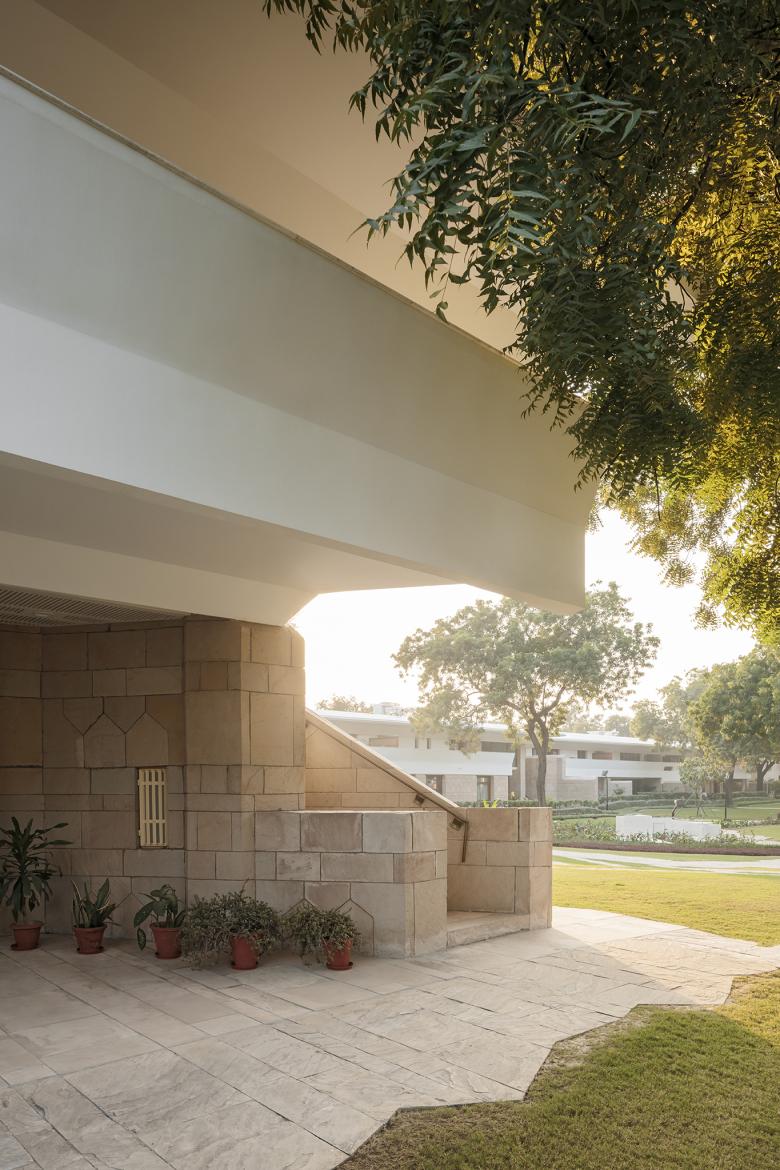 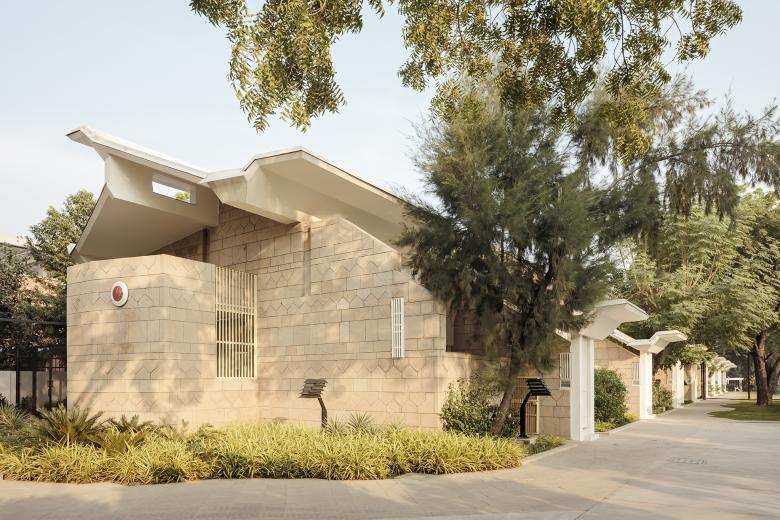 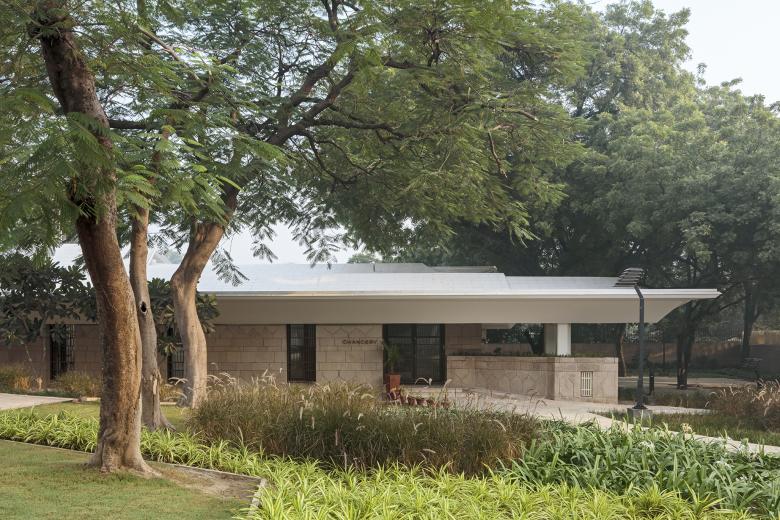 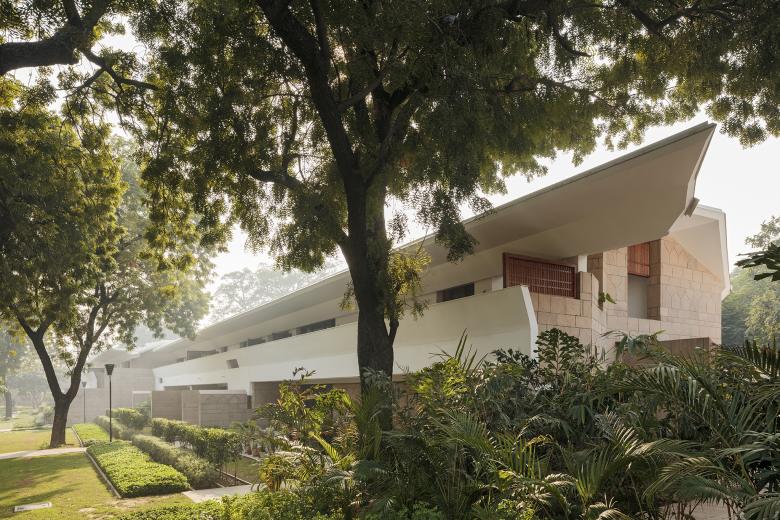 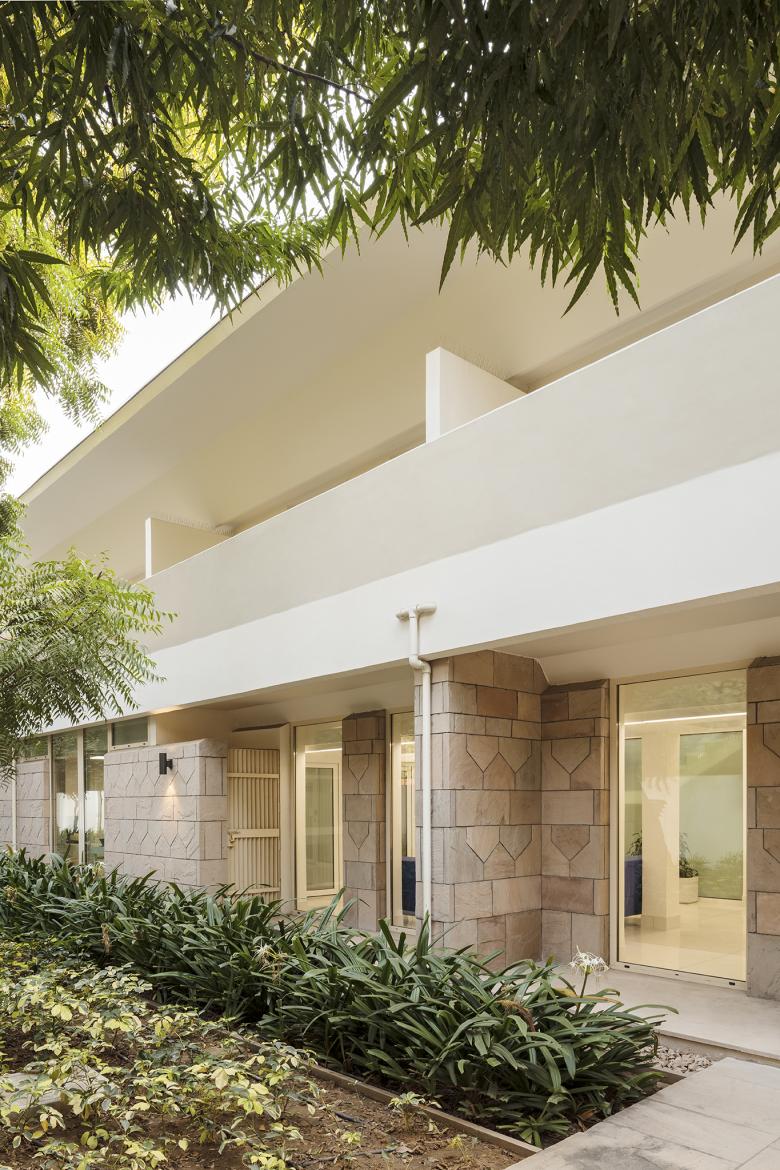 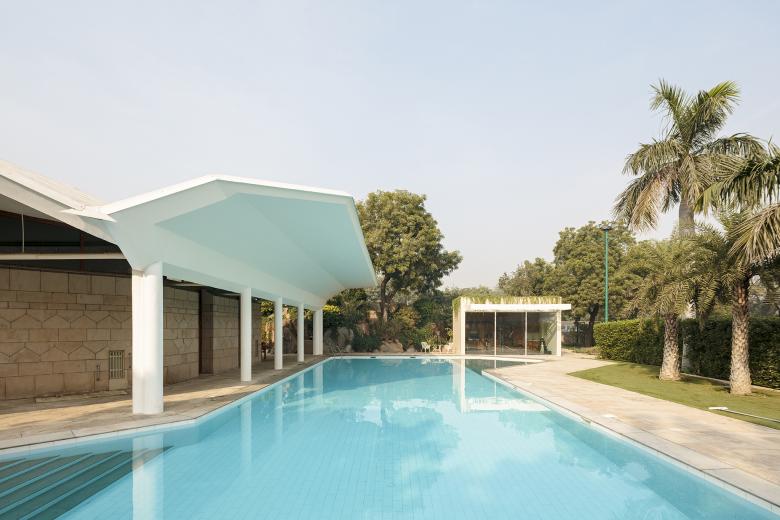 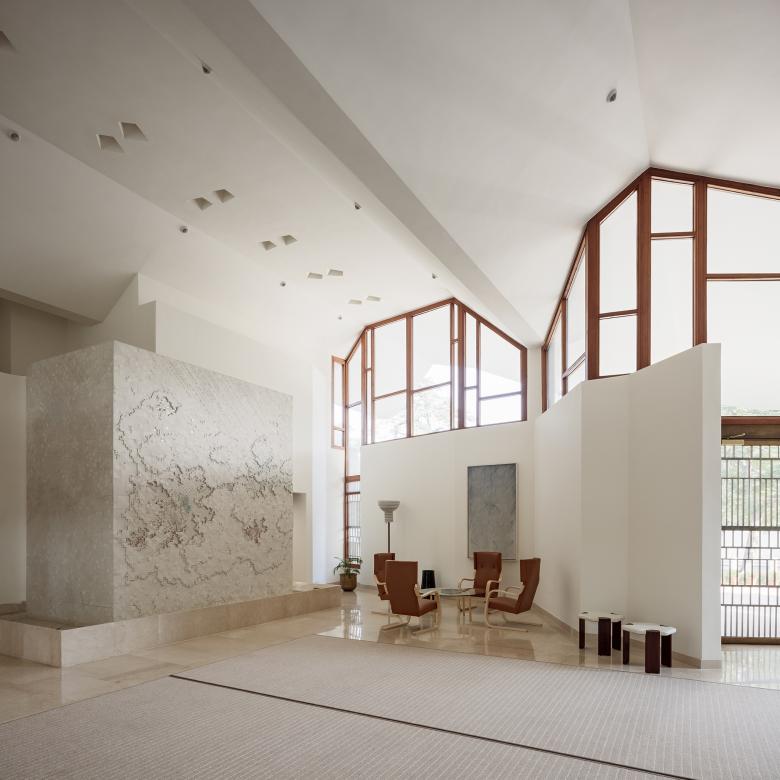 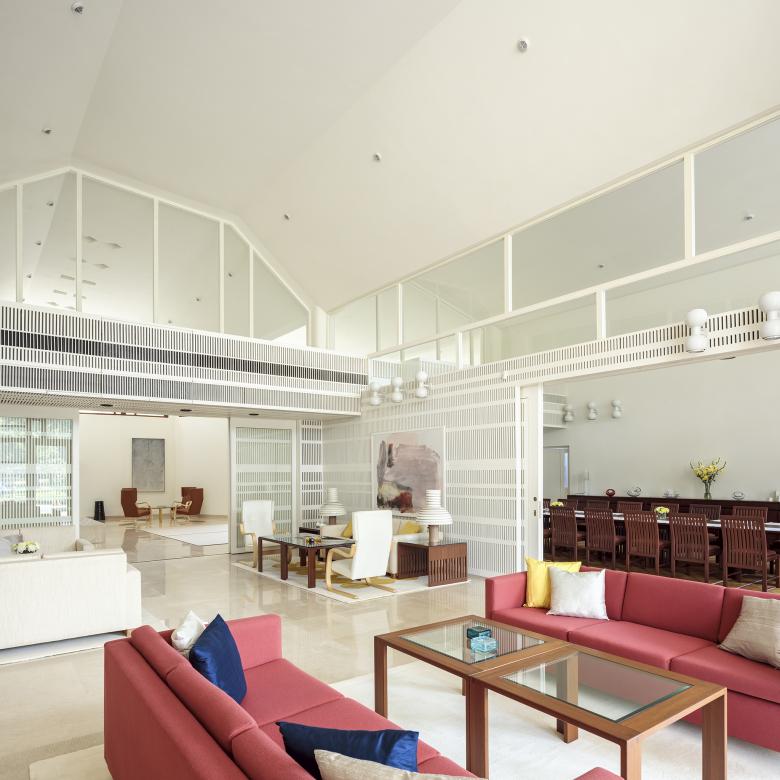 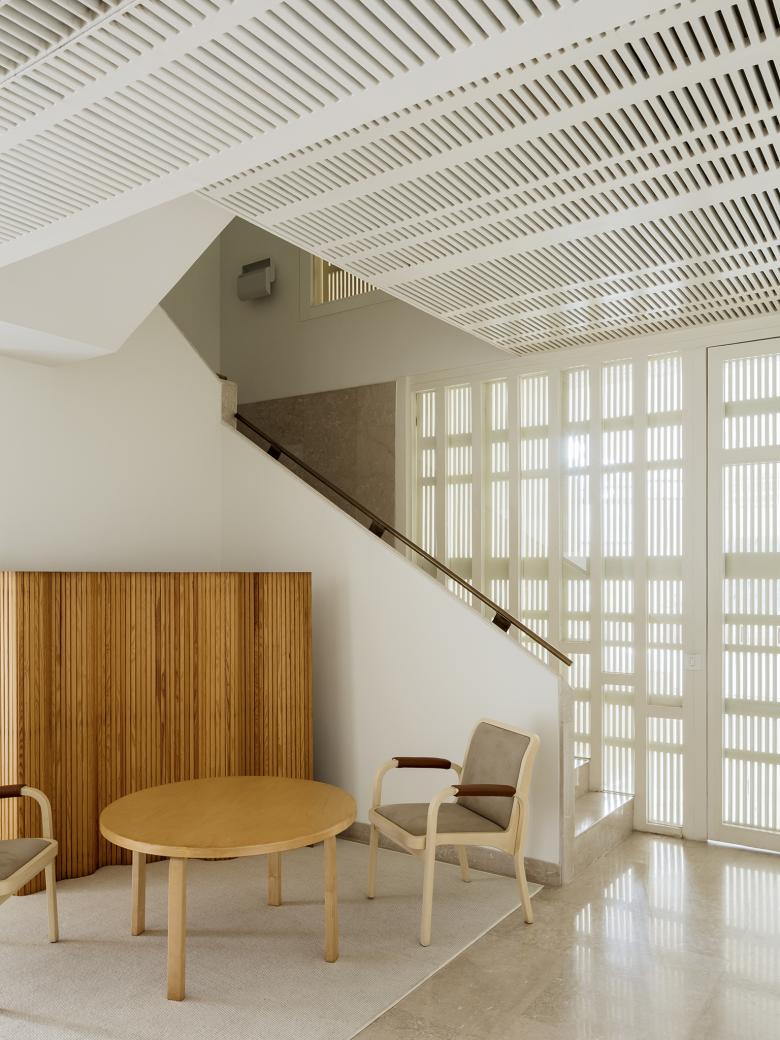 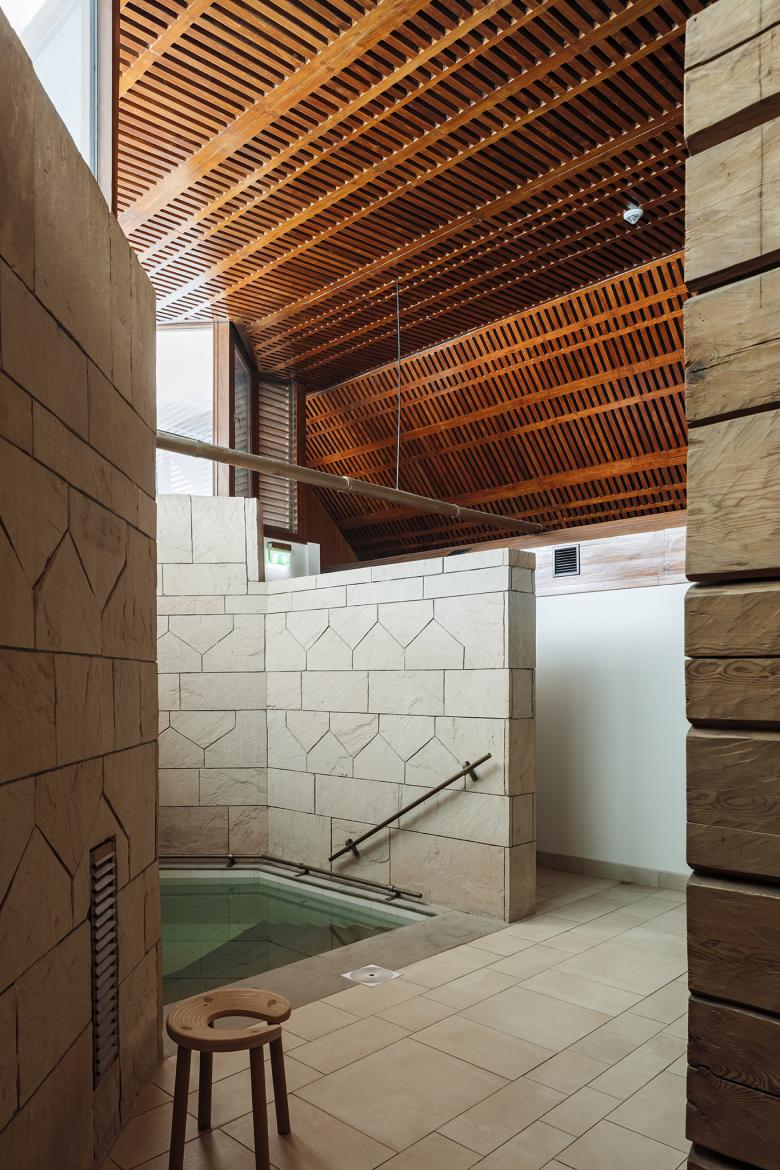 Architects Reima and Raili Pietilä won the competition for the Finnish Embassy to be located in the diplomatic enclave in Chanakyapuri in 1963 with a beautiful and powerful competition entry called “Snow speaks on the mountains”. The project was commissioned and redesigned based on the original concept in 1980, and the building was finally opened in 1986 with the large single expanse of roof of the 1960's design broken up into the six lateral separate buildings standing on the embassy compound today.

The interiors were designed by interior architect Antti Nurmesniemi in collaboration with the Pietiläs and the landscape design on the compound is by landsacpe architect Maj-Lis Rosenbröijer and the Pietiläs. The large ceramic bas-relief in the Ambassador’s residence is by ceramic artist Rut Bryk.

The building’s most significant architectural feature, its roofs resemble the forms of the snowy Lake Kitkajärvi near Kuusamo, Northern Finland. The facades are made of locally manufactured natural sandstone tiles, white plastered bricks and white painted concrete with wooden parts of oiled teak.

The renovation of this mythical masterpiece of Finnish modernism has brought the ingenious building complex back to its original glory. The 2-stage project consisted of a complete overhaul of technical systems, some functional updates, some changes to the compound’s entrance gates, as well as architectural work focusing on restoring the original spirit of the design and repairing misguided maintenance efforts both indoors and outdoors.

Other Projects by ALA Architects