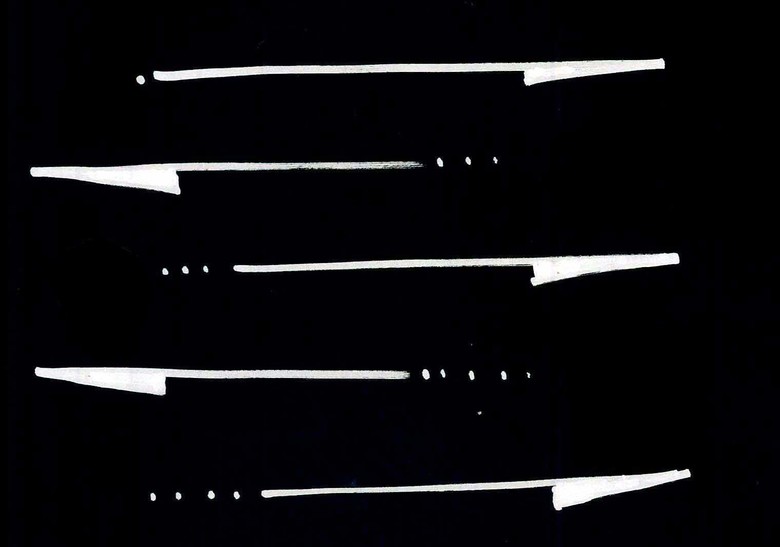 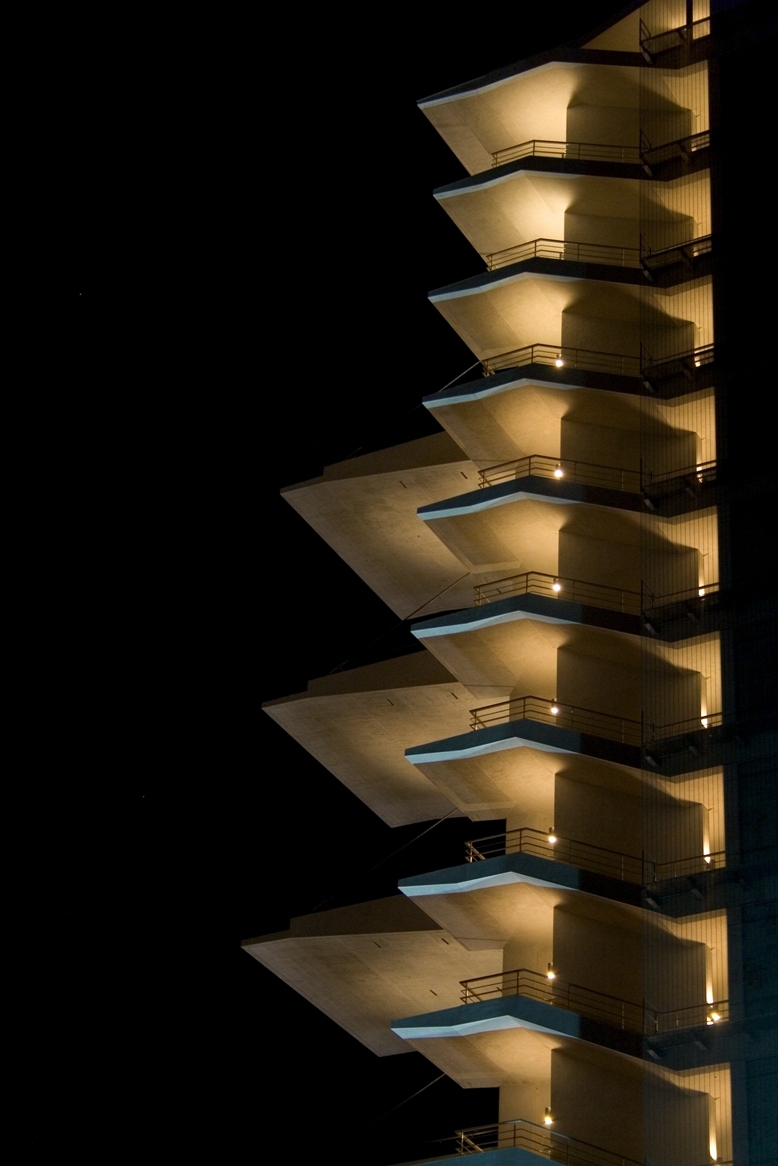 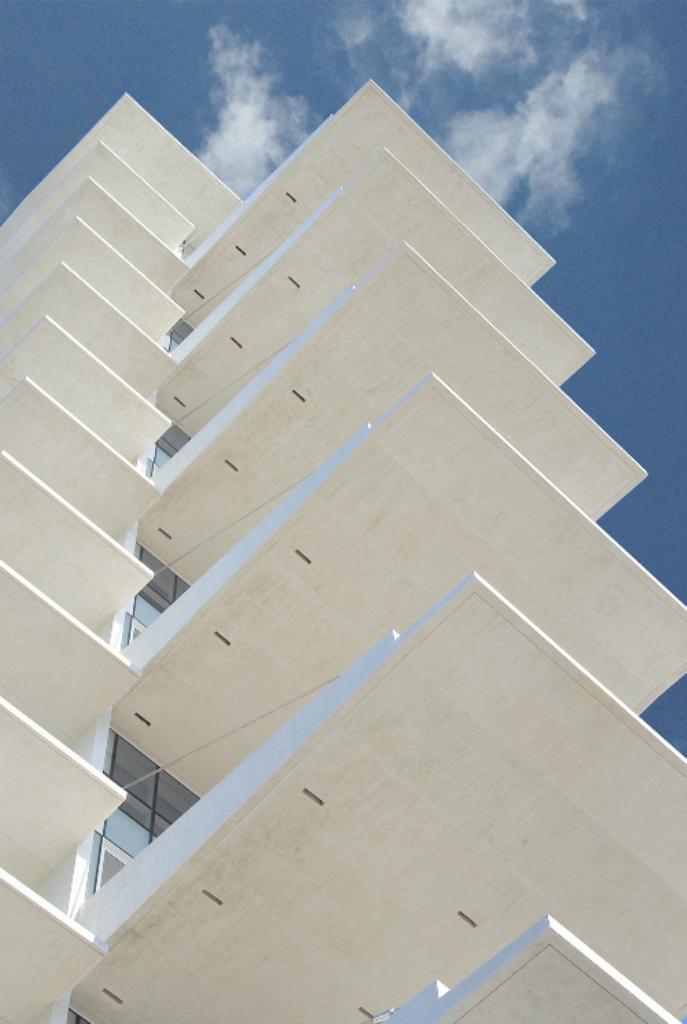 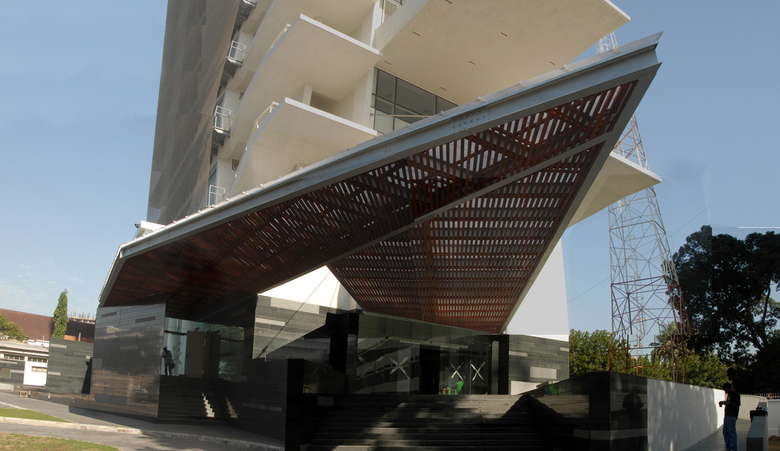 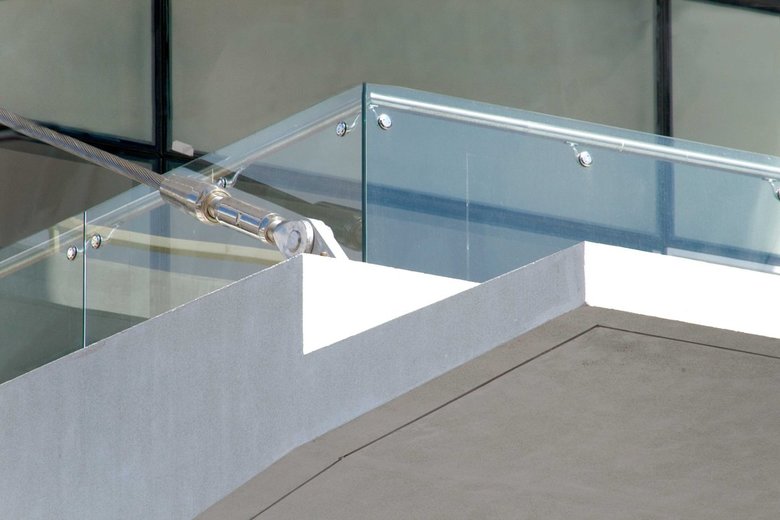 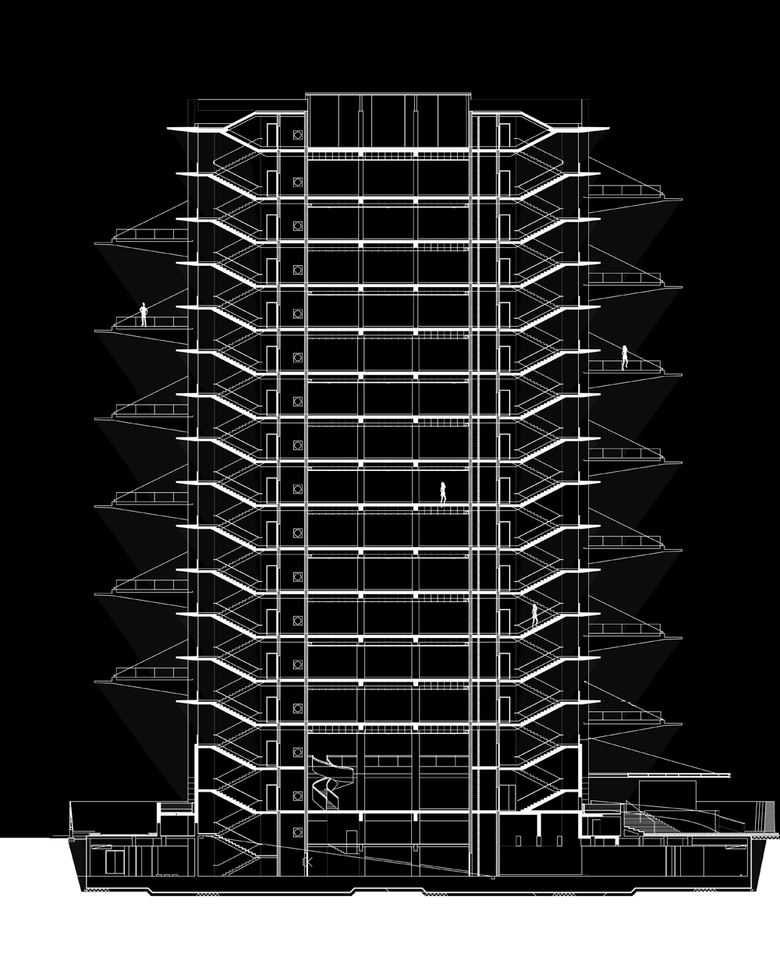 Dar-es-Salaam, a harbour city in Tanzania, retained strong traces of its colonial past. Shaded arcades and colonnades provided a climatically sensitized interface where the building engaged the public. This trend faded over the last half century due to the emergence of a generic global style and a paranoia for security. The transition of the city into a financial hub led to the disruption of the appropriated architectural fabric by brutal monolithic built forms.

Amidst the low rise urban sprawl of the city, a fifteen storied building stands out as a ‘tower’. The brief for a speculative office tower curbs any architectural extravagances for economical viability. With Exim Tower, every architectural requirement was carefully synchronized to craft a building coherent to its siting and function.

The tower skews to the city grid and orients itself to maximize aspect between surrounding buildings, also allowing for negotiated ingress and egress points. The hassan-green granite clad base grounds the tower and forms a softer, non reflective presence on the street level which along with the open fire sprinkler reservoir with a twenty metre long cascade creates a comfortable micro climate.

The services for the building are tucked into four structural masses that hold up clutter free floor plates. The thin proportions of the tower allows for maximum light penetration, eliminating the need for artificial lighting during work hours.

The principal glazing of the tower is shaded by a stainless steel mesh that filters solar gain, buffers ambient street noise, giving the body of the tower a sinuous weightlessness.

Every floor extends in opposite directions along the longer side to create double height shaded terraces that offer comfortable outdoor experiences throughout the height of the building.

These elements, which provide spaces sensitized to human needs and experience, express themselves in a sleek, horizontally stretched silhouette of the tower.

We chose to bring value to the project through the comfort of human occupation in hope of enhanced productivity and creating a local icon.

Other Projects by Spasm Design Architects