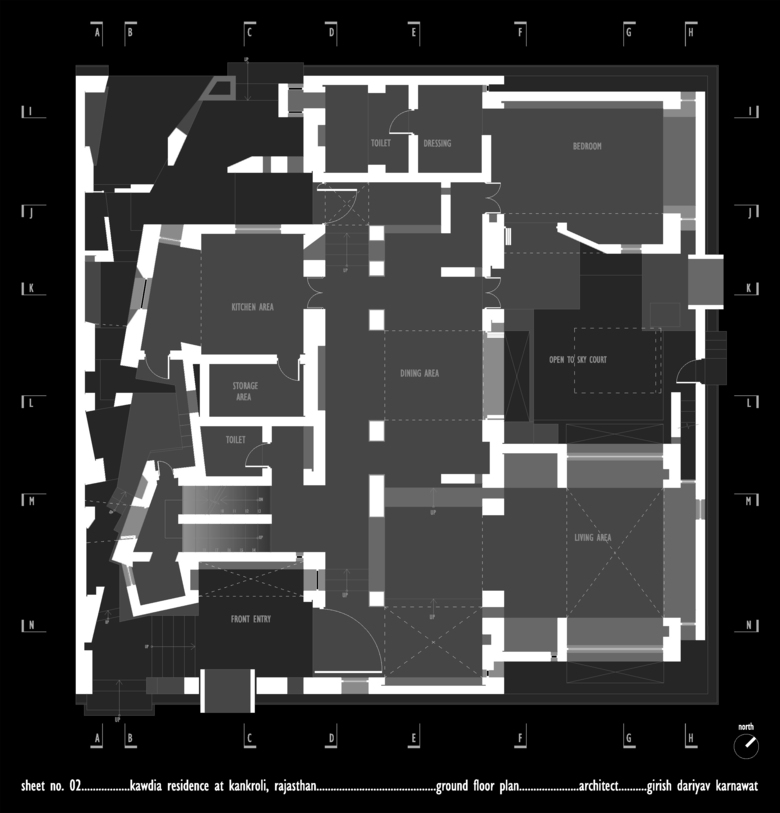 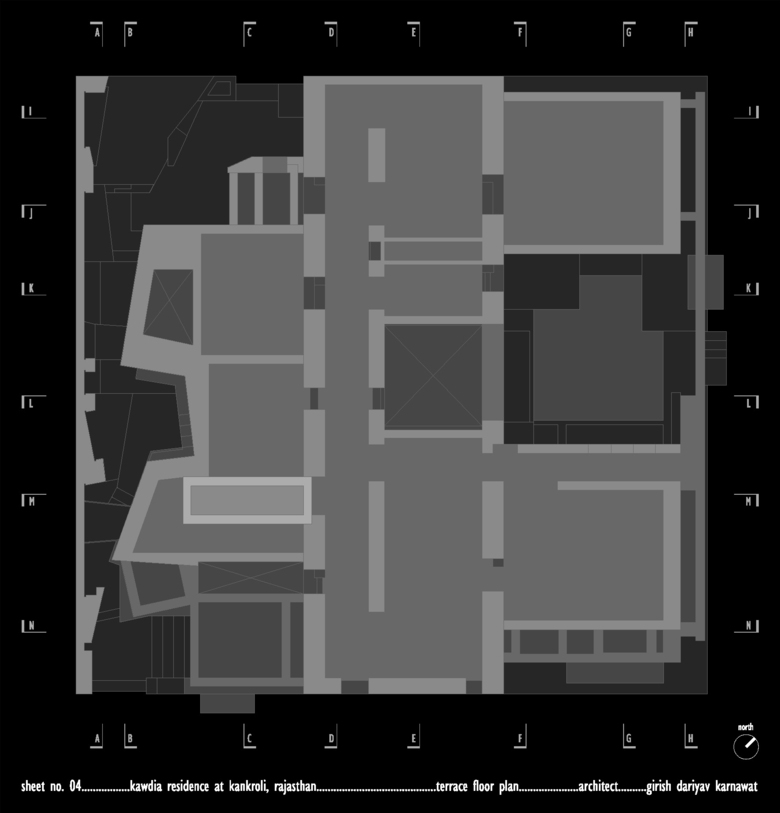 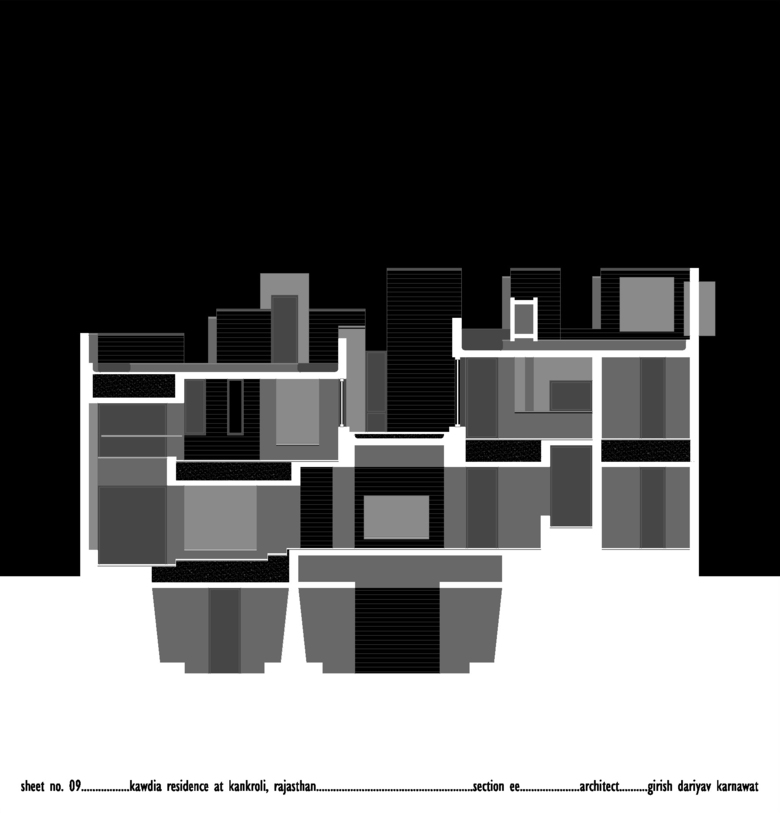 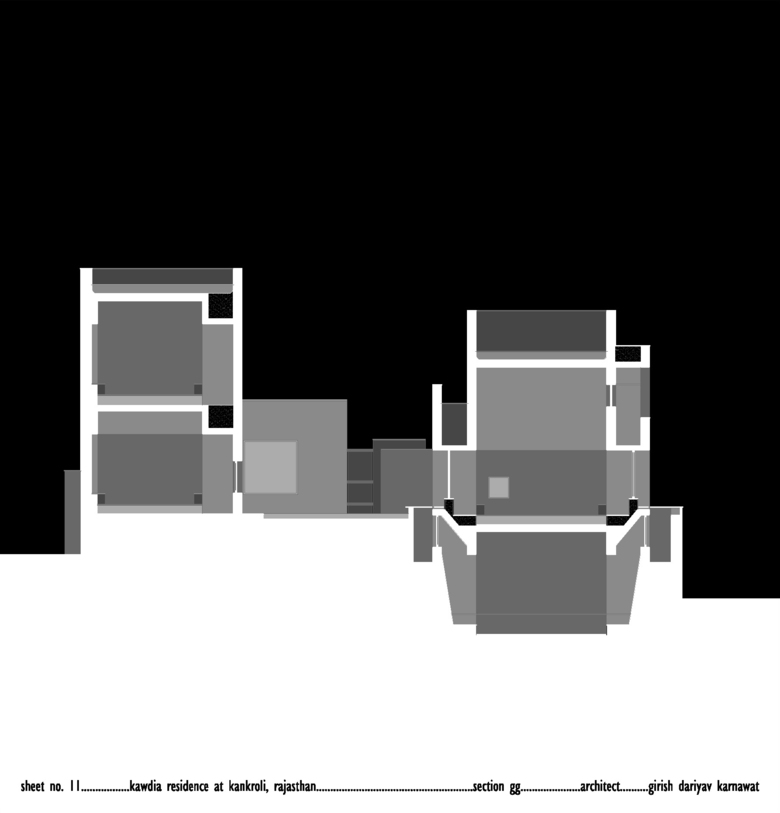 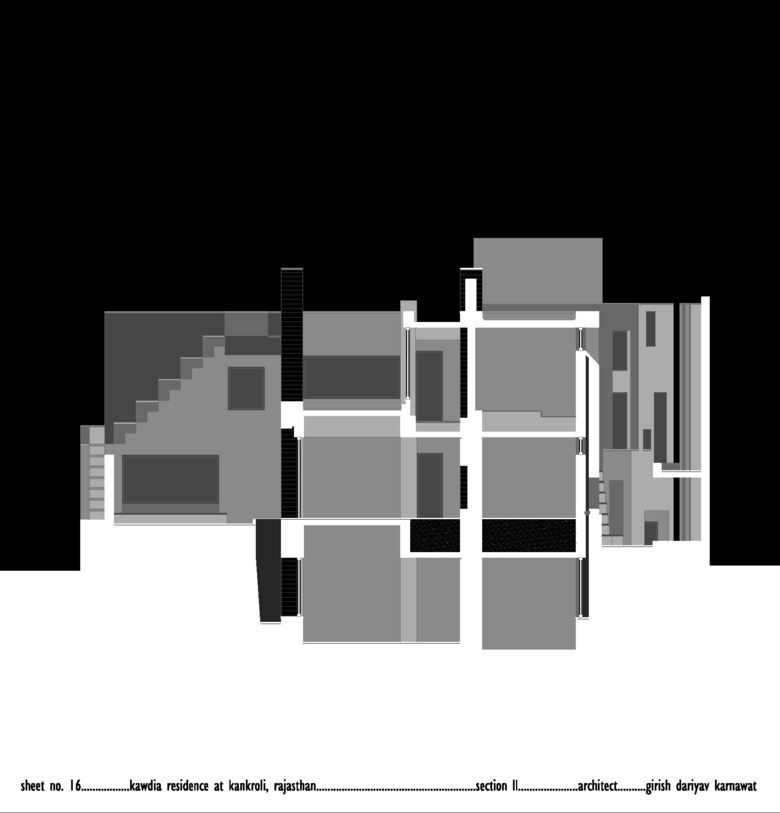 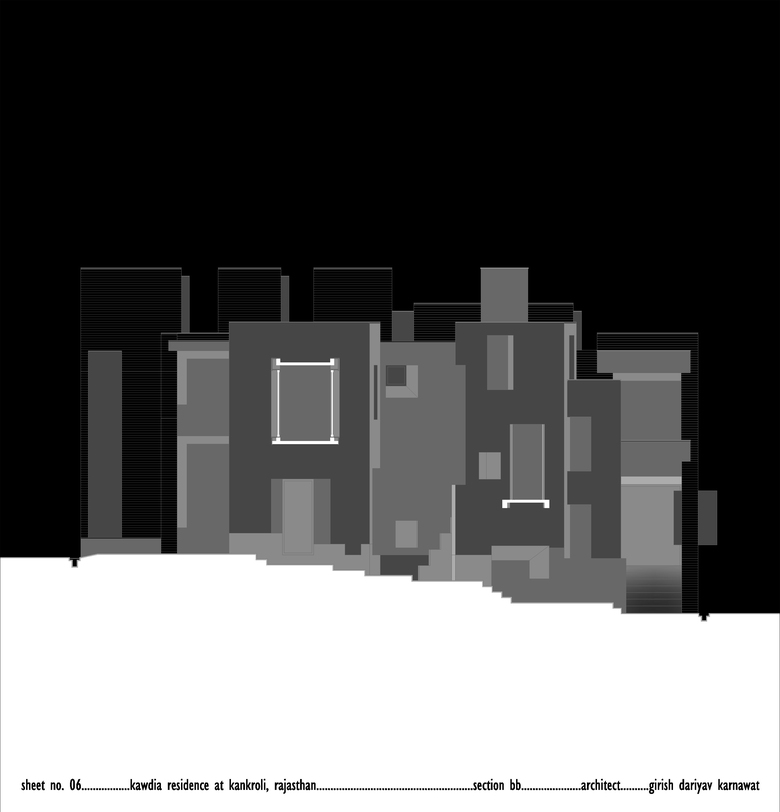 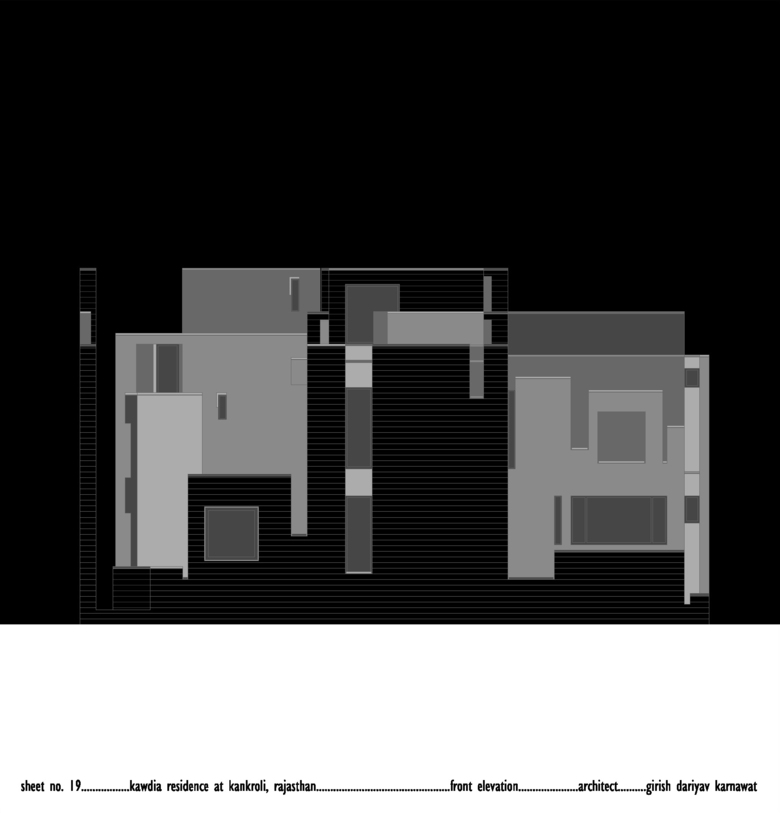 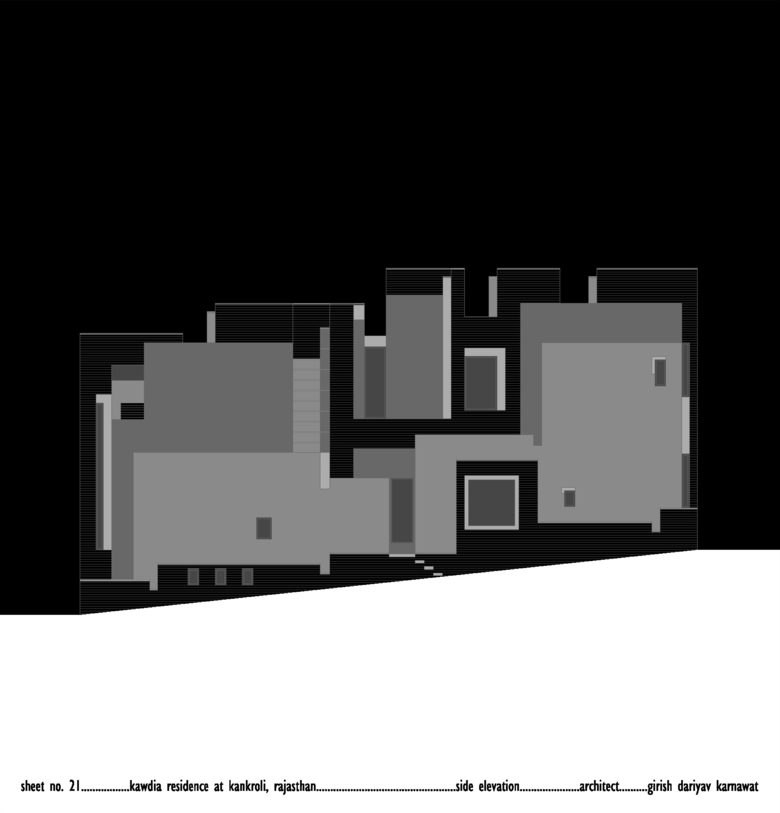 Designed for a joint family comprising of ten members spanning across three generations, the plot is located in a small town called Rajsamand within state of Rajasthan.Its well know for its fine quality marble mining globally.The plot is located on a sloping gradient of a hillock.

The plot is flanked with streets on three sides.An internal street on the fourth side was created thus rendering it symmetrical along both its axis in terms of solid and void.The plot subsequently was divided into nine squares.The house has a family entrance on north west and a guest entrance on south west.A third entrance for services was created on the north east facade that led to the central courtyard.Owing to the sloping nature of the site, a basement was introduced to house a guest bedroom and an office space which have a separate access from the internal street on north west.

Extreme variation in temperatures between and summer and winter seasons, sloping nature of site,locally available stone and marble, rocky terrain,vernacular courtyard typology,nature of traditional business joint families of this region and the changing lifestyles due to new prosperity flowing in owing to marble mining and trade were the key aspects that triggered the design evolution.

External walls are made of load bearing stones used as random rubble.Internal walls are of plastered bricks and reinforced cement concrete is used for the slabs.Loose and fixed furniture was conceived of timber and plywood.Flooring is laid of white marble.