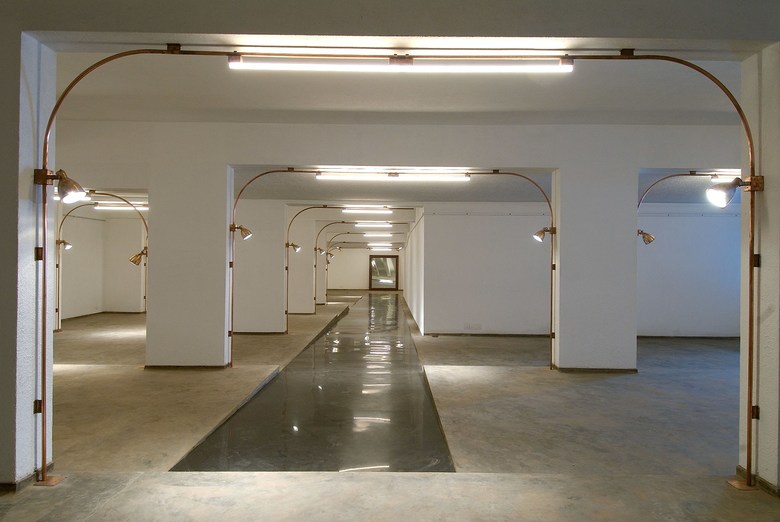 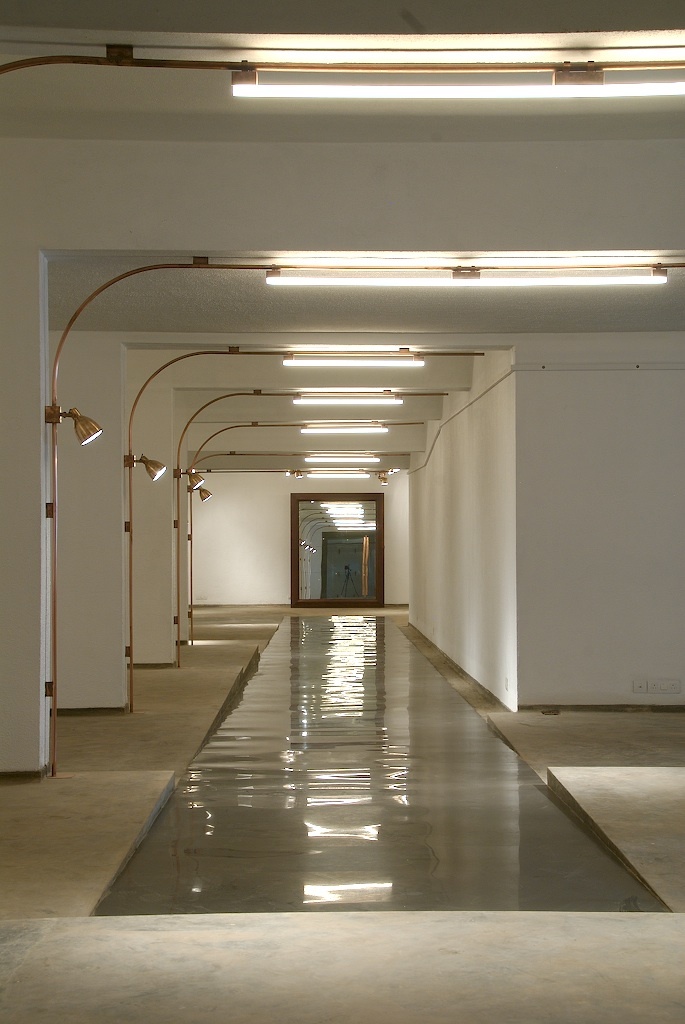 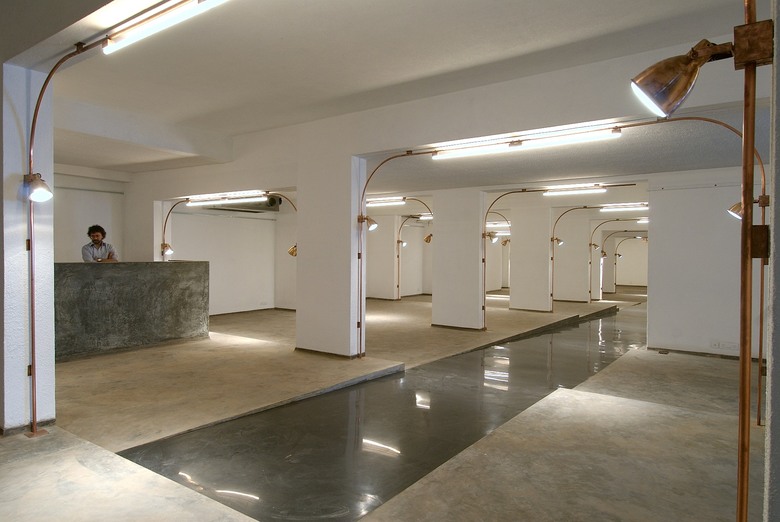 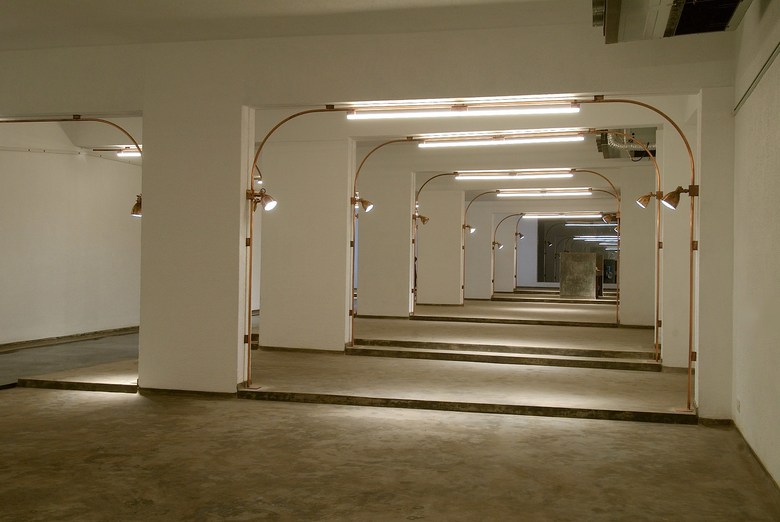 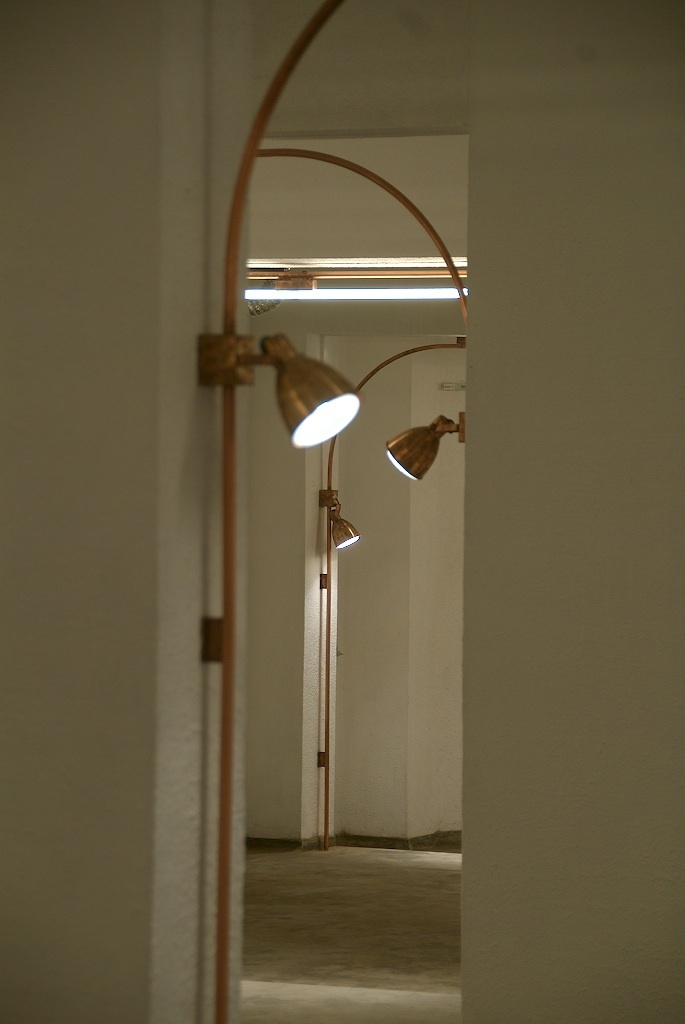 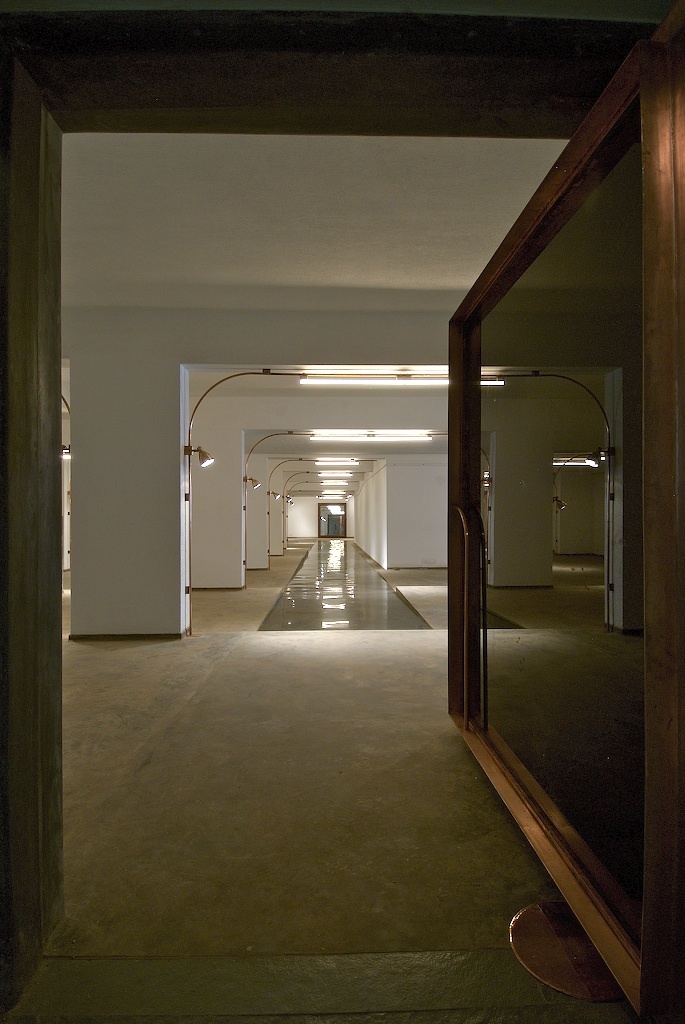 In today's "volatile" retail market, with "commercial space at a premium cost" – we have attempted to architecturally develop a generic retail space. In opposition to the pastiche MALL culture – this store projects an iconic peculiarity and site specificity.

This "store space" – is visualized as a "chameleonistic market" – capable of transforming itself so as to display several types of merchandise – from clothes, furniture, art, sculpture, books – even transform into a bistro / coffee bar.

A non-descript basement, with a stepping topography needed to be converted into a retail space, the first mutation being a furniture store.

Product lighting and architectural intervention were both generators of this scheme. Since the basement was peppered with columns at regular intervals, the extreme rectangularity of the portals - led to the invention of a superimposed set of portals in the form of arches which served as exposed wire conduits as well as light fixtures for "ambient as well as accent lighting." "Copper" due to its Faradays coil connotation and easy availability in tube format (workability) became the material of choice. These Arches were juxtaposed with the structural portals, creating the repetitive symmetry, converting the dull limited space into infinity.

Other Projects by Spasm Design Architects