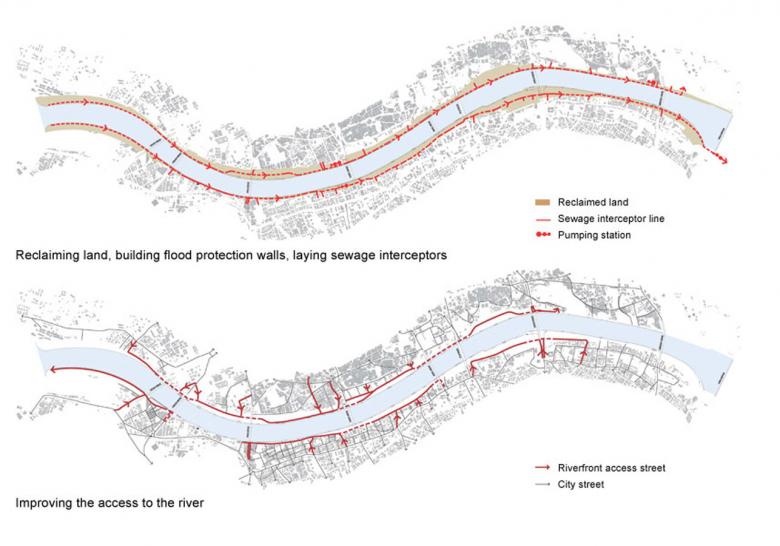 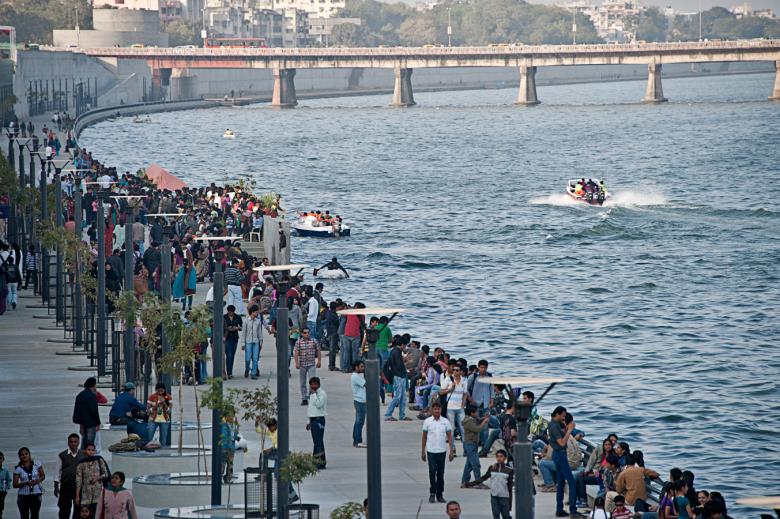 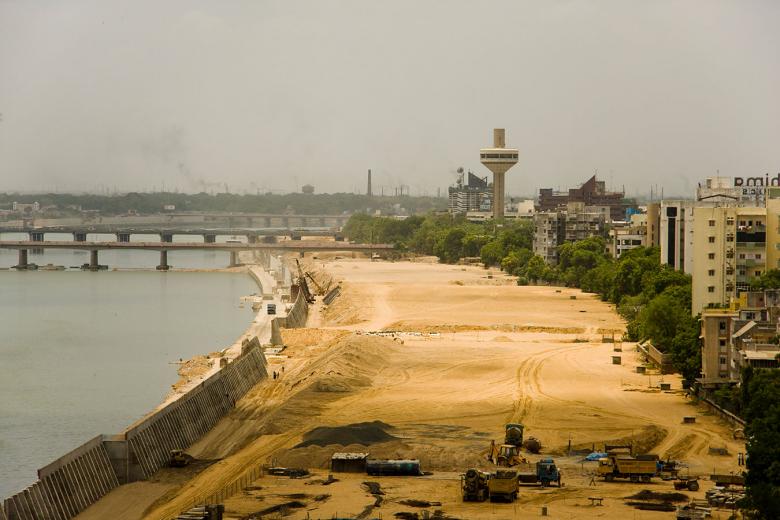 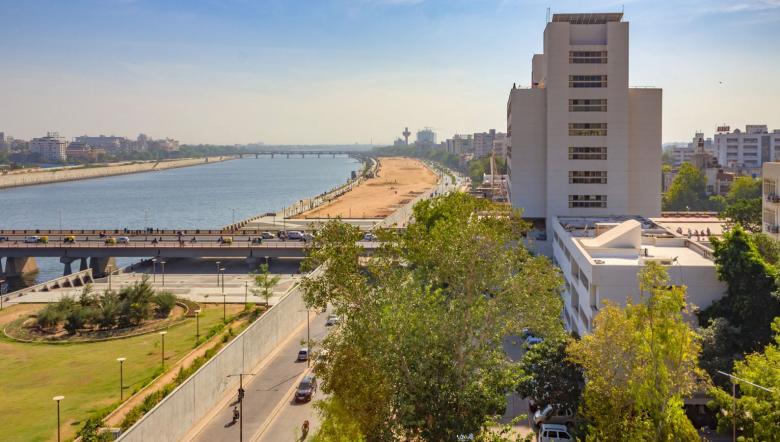 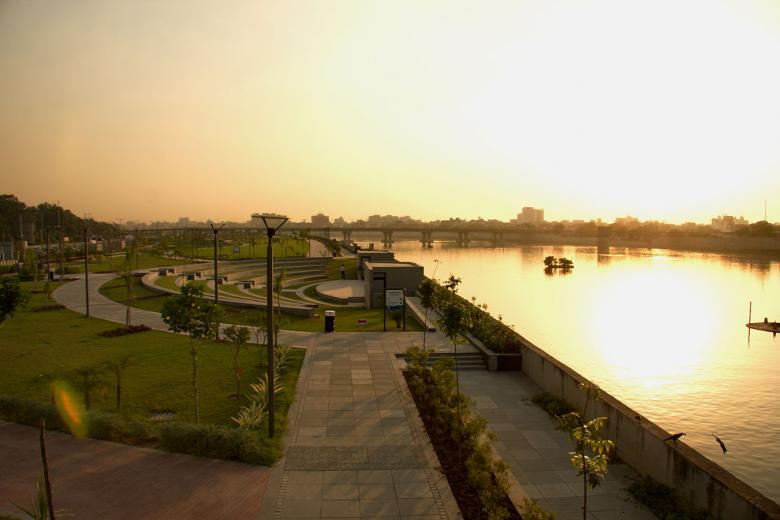 The project will reclaim approximately 200 hectares of land from the riverbed. To reclaim the land, protect low lying developments from floods, and to prevent erosion of the river banks, retaining walls have been built on both sides of the river. Since Sabarmati is a seasonal river, water is channeled into the river from Narmada canal, which intersects the river upstream from Ahmedabad and is retained in the river using the Vasna Barrage which is located downstream. To prevent untreated sewage from flowing into the river, two sewage interceptor lines with new pumping stations have been constructed along both the reclaimed banks. These lines carry untreated sewage to the augmented sewage treatment plants south of Vasna Barrage. Slum dwellers living on the riverbed, and affected by the project, will be relocated and provided with ‘pucca’ housing with secured tenure.

The project has won Prime Minister’s National Award for Excellence in Urban Planning and Design in the year of 2003.