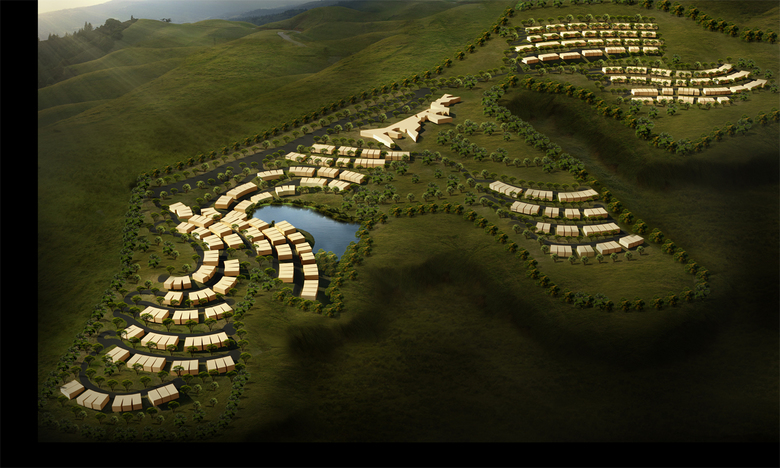 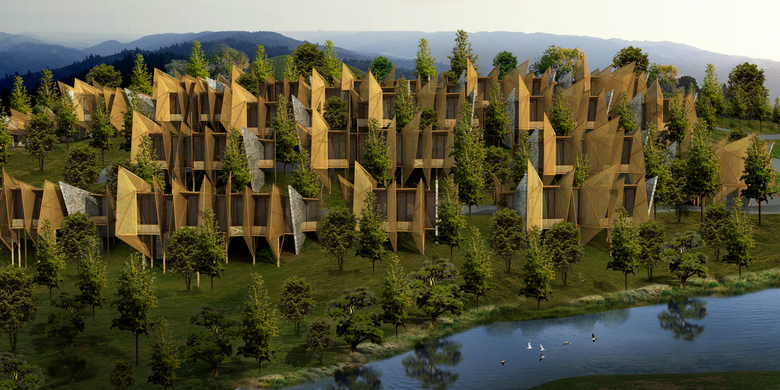 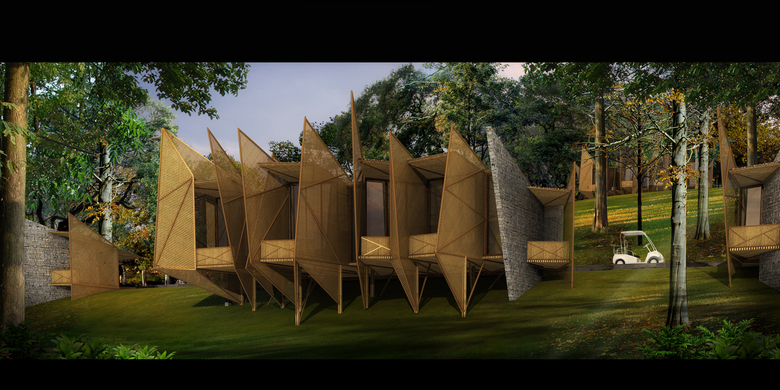 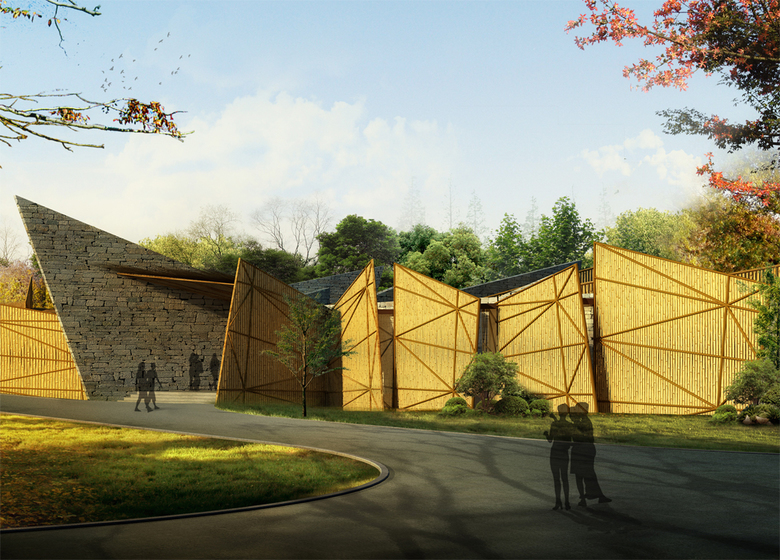 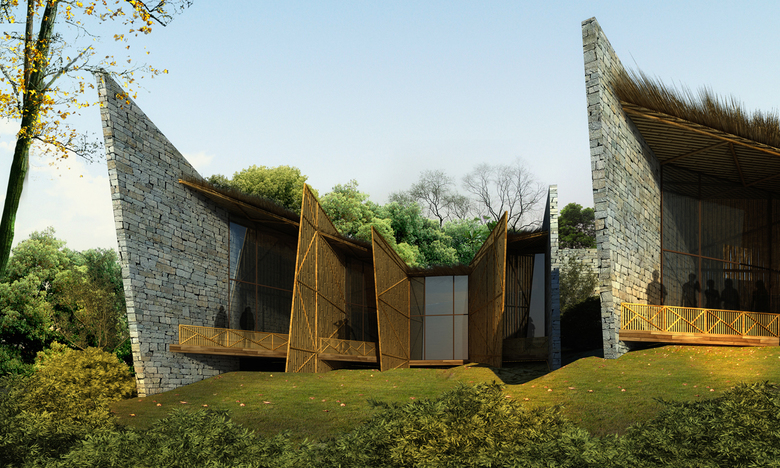 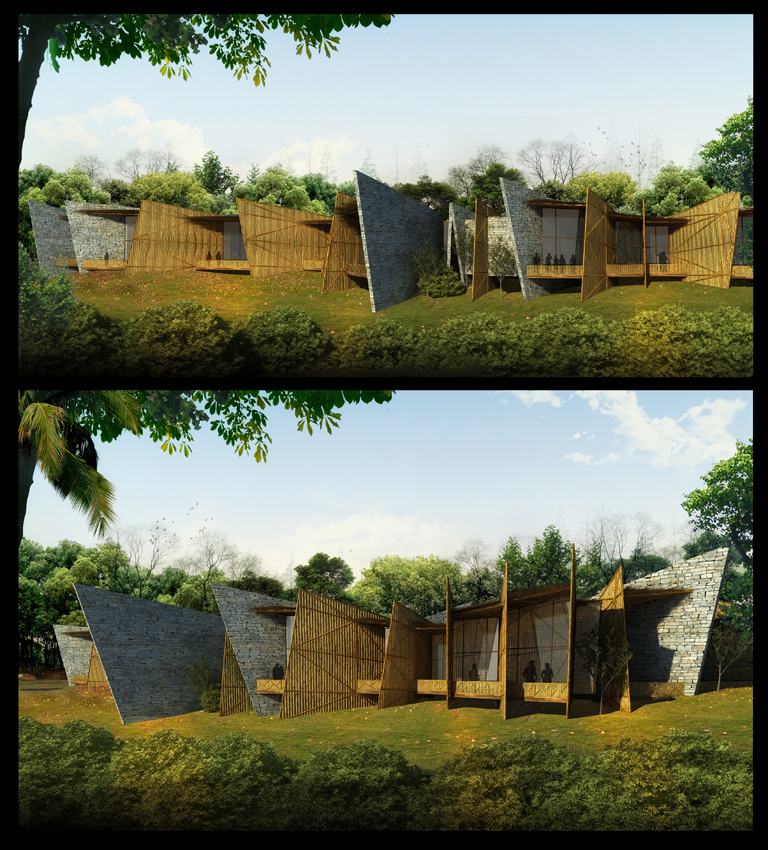 Designed on a steeply contoured irregular shaped site overlooking a valley and hills beyond, Hillside Retreat 405 merges its 400 hotel rooms into the existing landscape of its site. Proposed to be built entirely in bamboo and stone the rooms are arranged in groups of 8 to 12 in individual structures interspersed with landscaped spaces along the prevailing site contours without any land cutting. The stilted buildings leave the natural landscape almost untouched allowing each room a clear view of the valley and hills towards the northern side of the plot.

Located in Coorg district of southern India with average temperatures of 35⁰C the orientation of the rooms minimizes heat gain into them. Locally available bamboo and stone form sustainable building materials for the project. The layout is created in an organic manner that allows for variation in the way its spaces are perceived. Each of the room blocks in further fragmented by variation in its internal spaces.

The entire resort is perceived as minimal intervention in the existing landscape by the layout and the material palette of the built forms that homogenously integrate themselves with the site.

Vehicular movement is restricted to one part of the site from which electric golf carts would be made available for movement within the resort and its facilities.

Hillside Retreat 405 is a sustainable design solution that is a cohesive result of its layout, its materials and its contextually to its site and location.