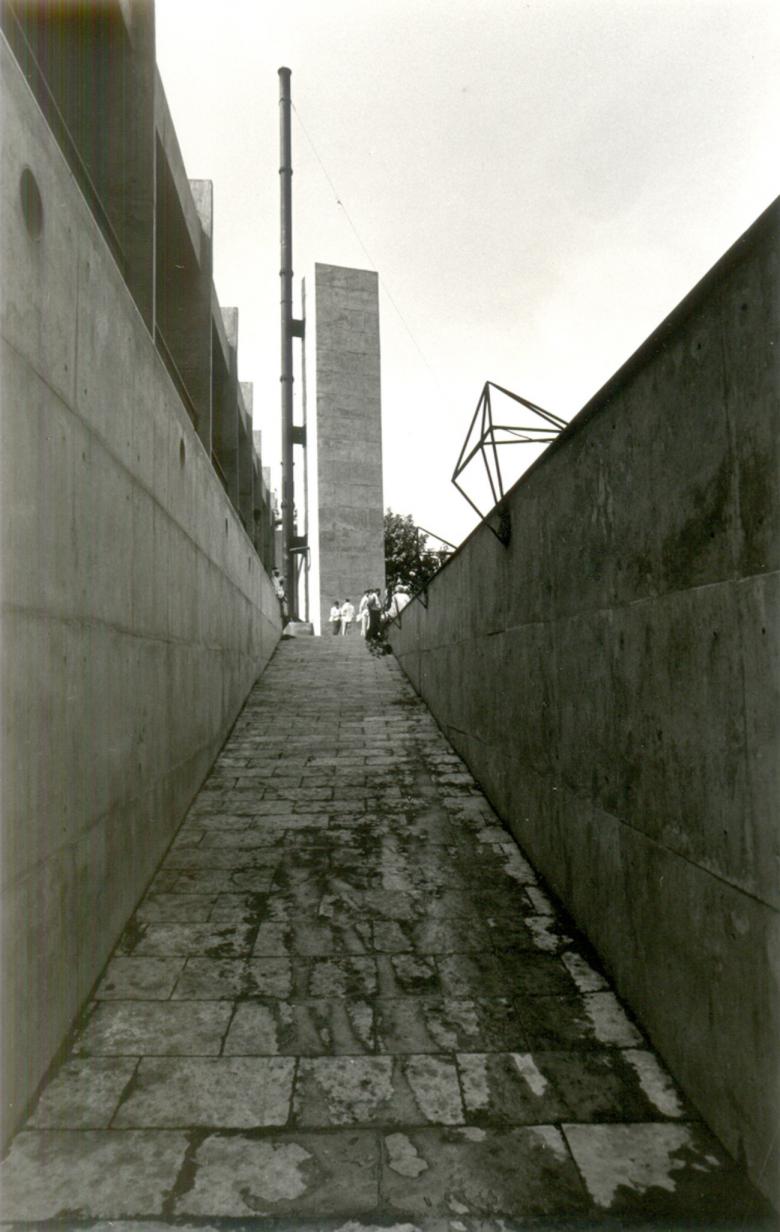 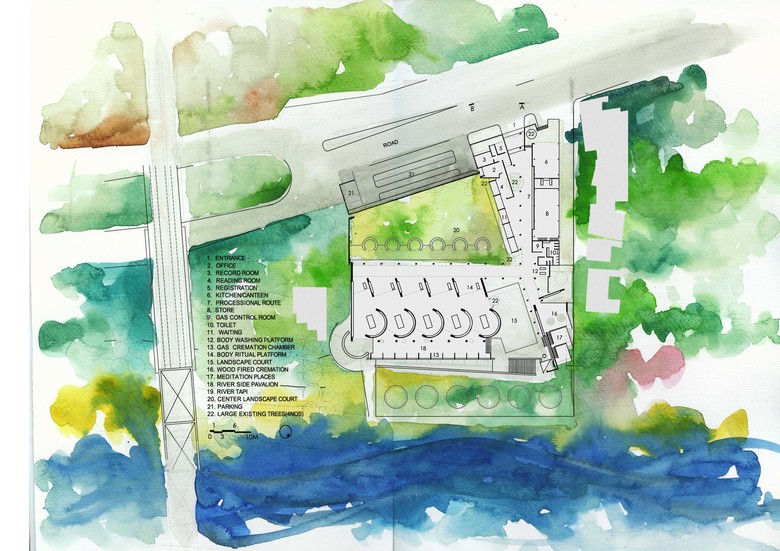 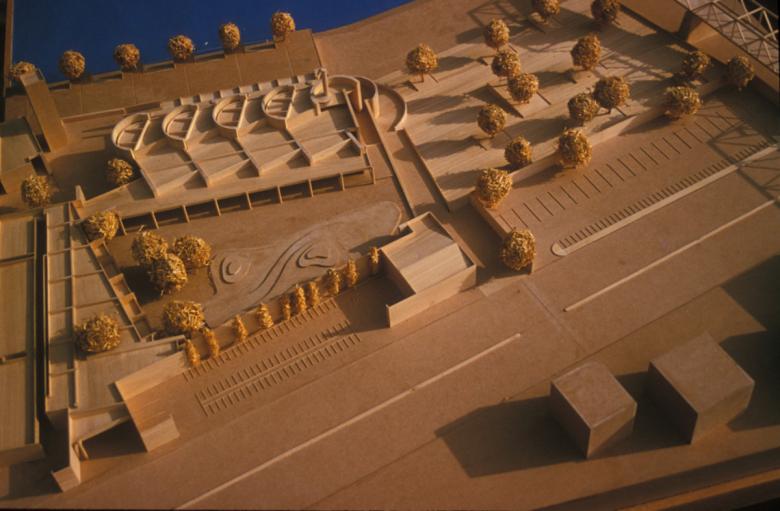 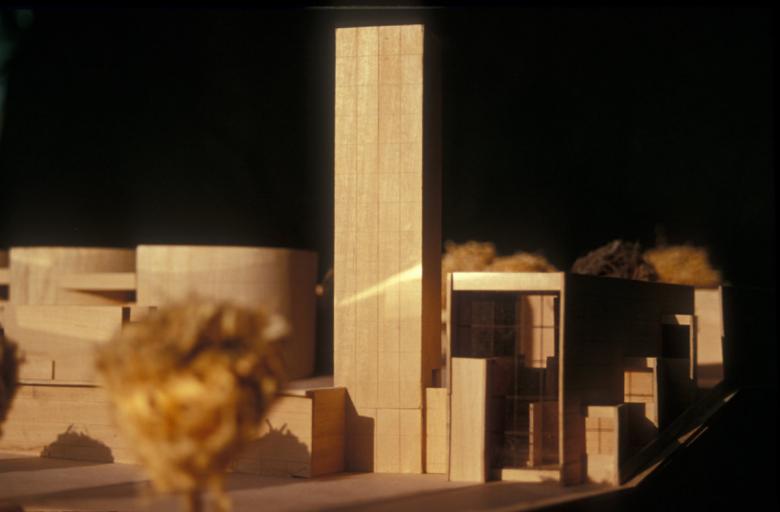 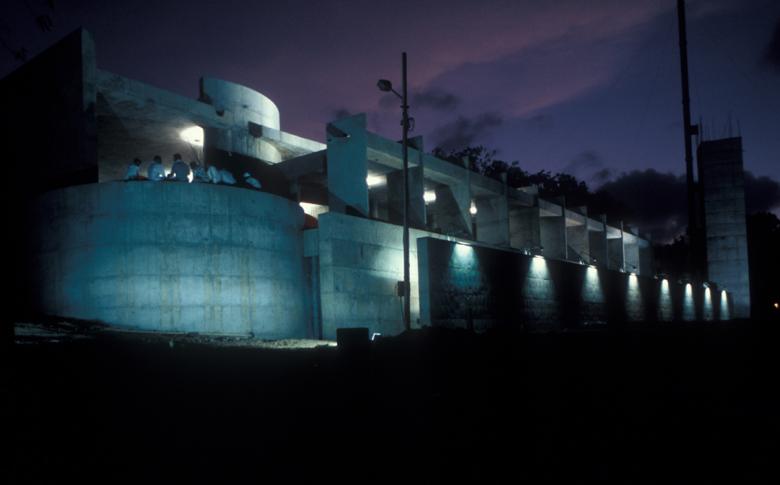 The Mythology
With close to 750 million followers Hinduism is the oldest living religion in the world – with the majority of its followers located in the Indian subcontinent. While the paradigmatic notions about nature of the world and man’s position in it are established and accepted. Unlike Islam and Christianity, Hinduism does not have a codified system of practice. The practice of the religion tends to vary greatly from community to community and region to region.

Experiences:
A) The Entrance:
- Blind wall with a narrow slit opening.
- Nothing of the inside is visible, stressing the unknown.
- A tree accentuated by the shafts of light punctuates one’s arrival.
- Reciprocating Life, the light on the wall narrates the changing nature of the day.
- Nothing else is revealed; the known becomes acutely limited.

B) Meditation Plane:
- Suspended between the Known and the Unknown.
- Folding out from the earth, it produces a level of reason cutting through the realm of chaos.
- Upon each level, the understood shatters under the pressure of the yet unknown; how much is the traversed, and how much remains?
- A solitary existence awaits those insulated in the extended gallery; a position in space, floating and yet well grounded.

C) The Furnace Chambers:
- A row of crescent-like walls enclose the furnaces, secluding the family from the world outside.
- Each day, a strip of natural light penetrates every alcove; a bright line slowly creeps down the curved walls towards the earth.
- Approaching sublime contact.
- Glimpses out on to the river, and the contact flow of the running breeze convey an as yet unknown future: a life beyond.

D) The Pavilion:
- River meets ground; the waters carry on their infinite cycle of ebb and flow.
- The compressed plane of repose, being elevated high above the channel of the river, turns the initial perception upside down.
- Against the closed backdrop of that which is left lies the vast openness of future, unrevealed, unreachable, and yet a constant influence.
- The frame, the seat, the backdrop all disappear, leaving only the river of life and the edge.
- The edge of introspection and choice for the mourners.

E) The Ramp:
- A narrowing ramp exaggerates the perspectives.
- That which seems longer overlaps time, space, one exits from the building passes slowly with the comprehension of change.
- In front, a narrow slit, void and intuitive.
- Looking back, tower, thick and massive.