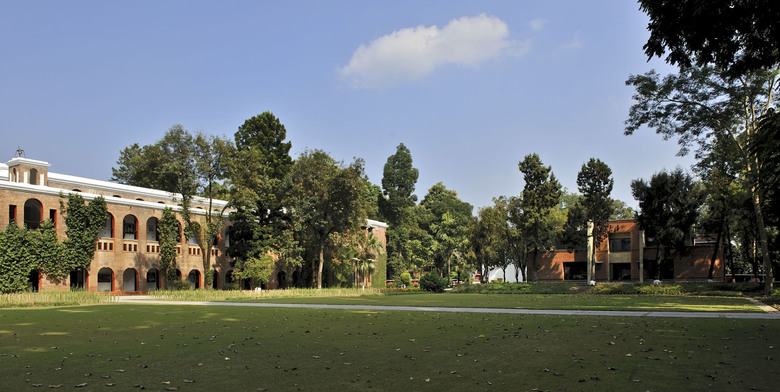 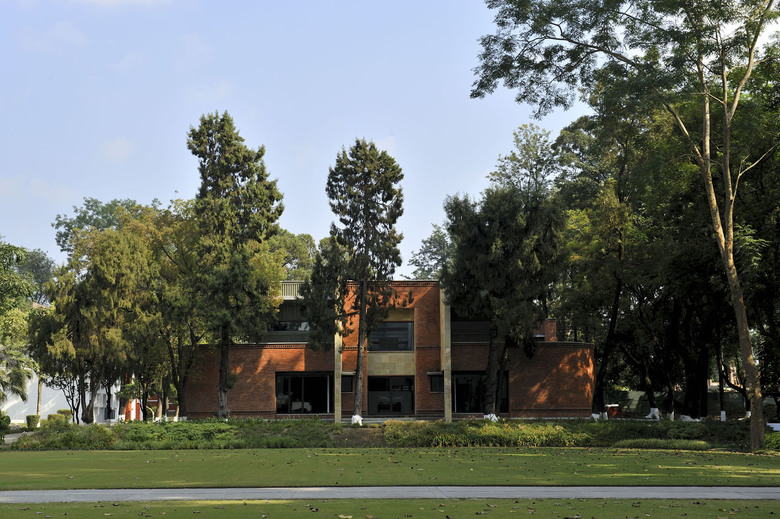 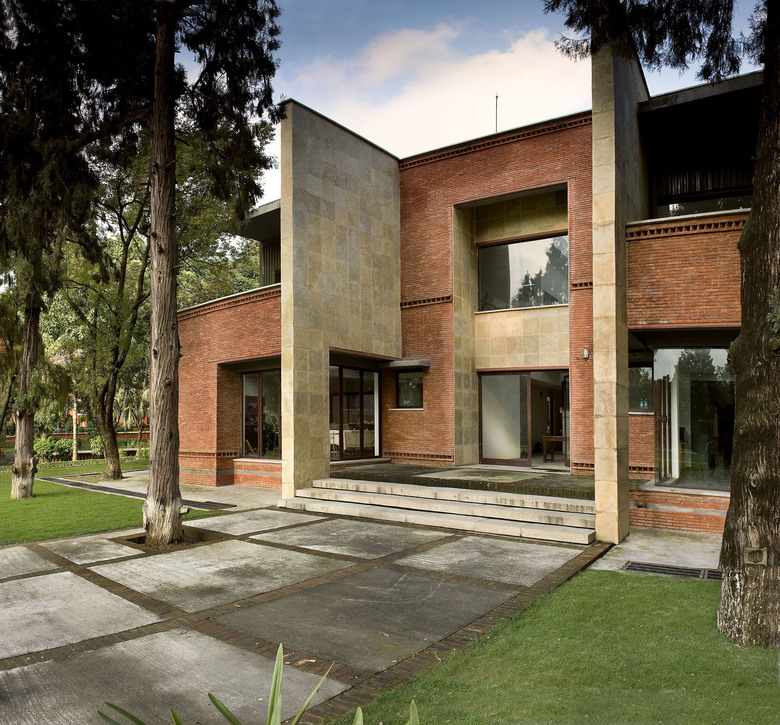 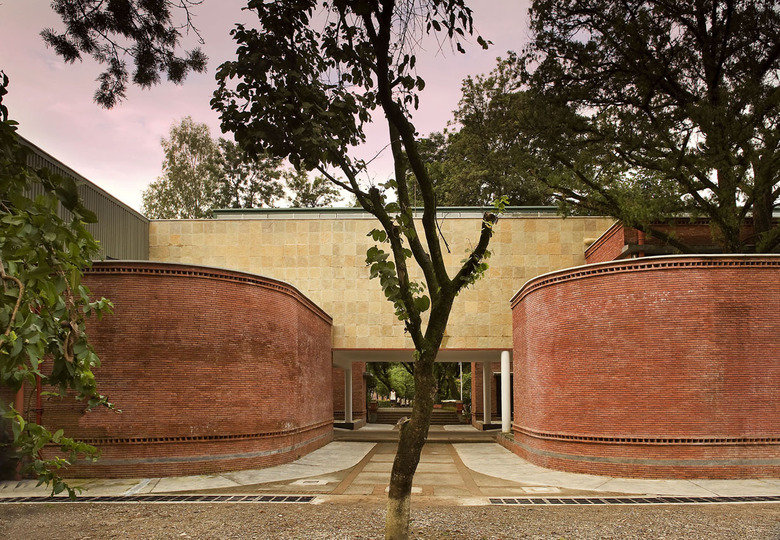 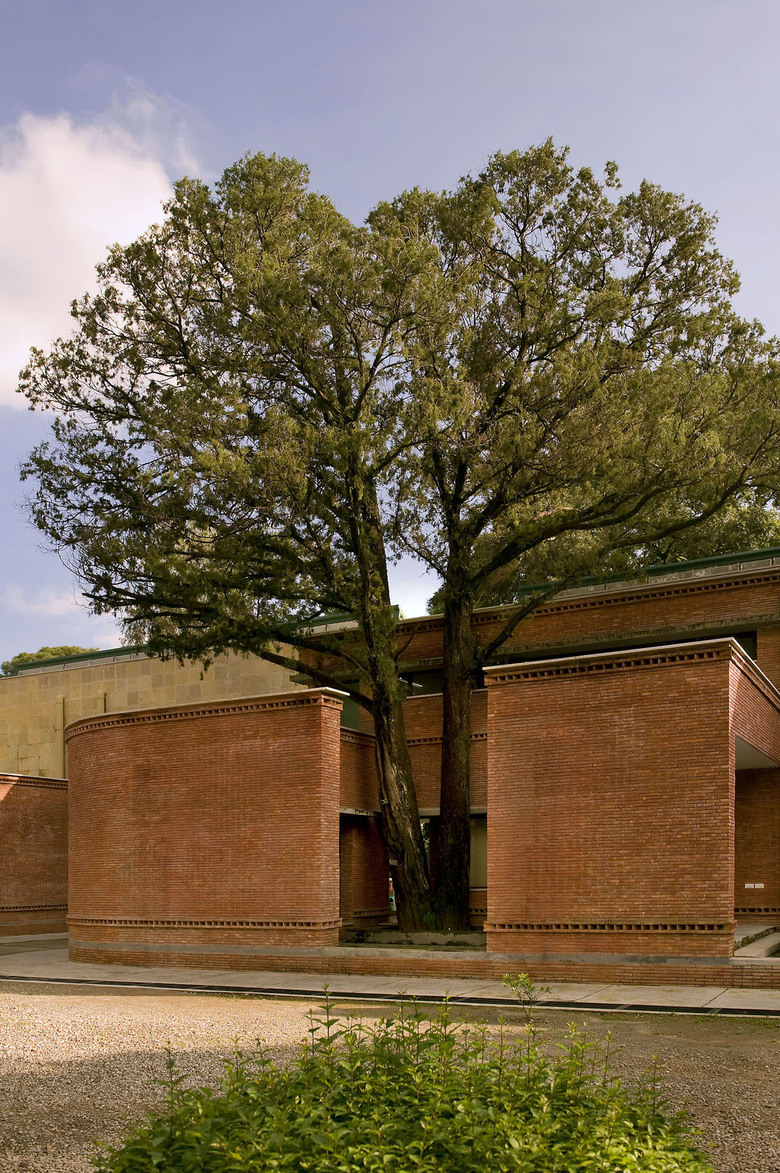 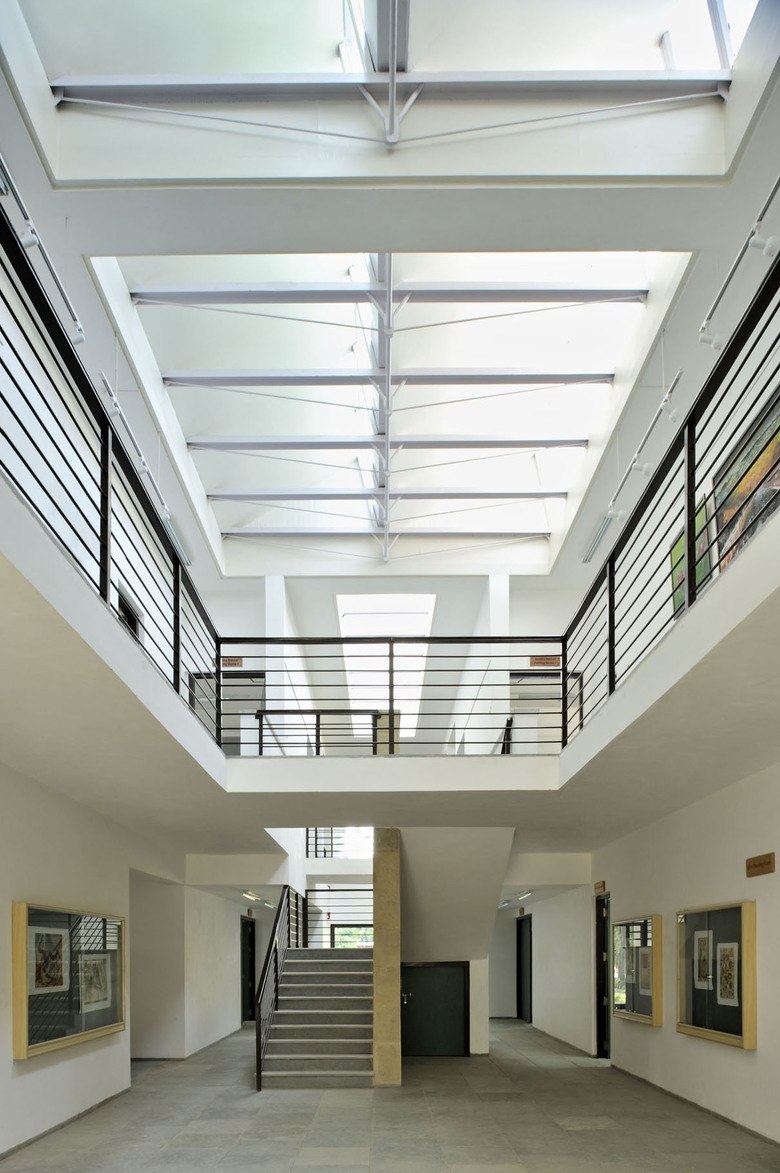 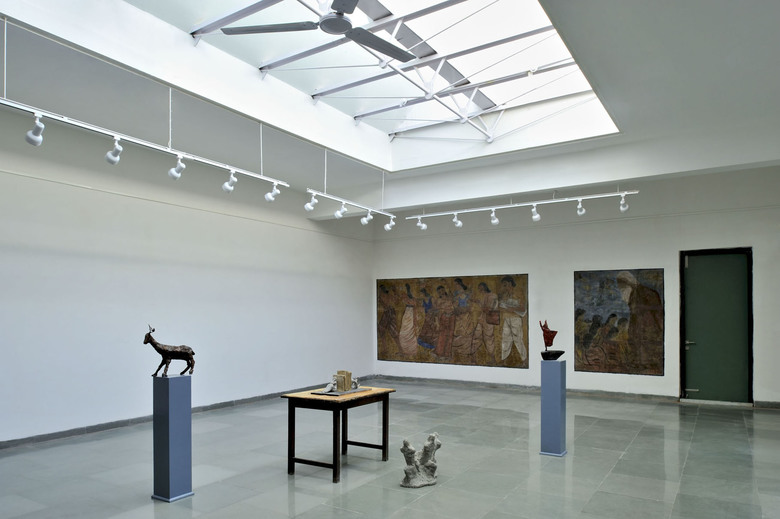 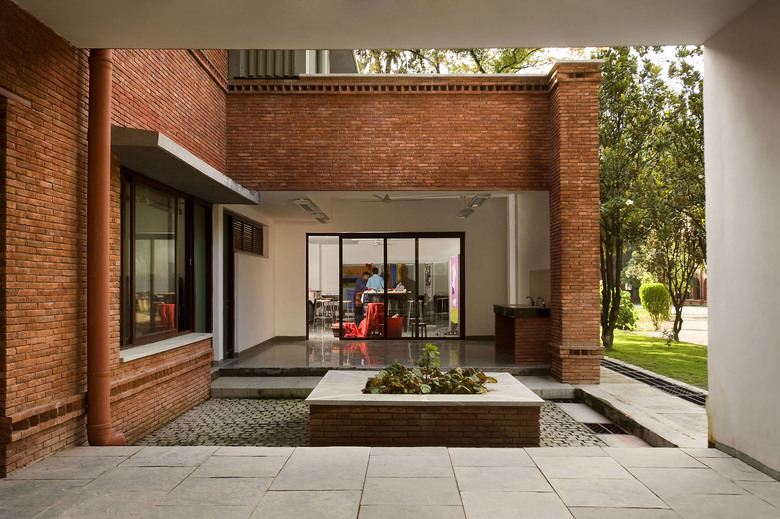 Khosla Associates won a competition to design the new Arts and Media Centre at The Doon School, India’s premier all boys’ boarding school.

Integral to the concept of the new Arts and Media Centre is the journey of an artist , interpreted as a central spine that runs east- west along the entire length of the site; dissolving into the ample lung space of a landscaped garden.

The artist traces the path but is encouraged to break away from it in the all-important process of self-discovery. The axis encourages one to traverse, pause, take a turn, wander and reflect.

The two buildings of the art school – one for art instruction primarily housing painting, ceramic, sculpture , and textile studios, and the other, with a lecture hall, film studio, publications room, and display galleries, are connected by an internal bridge.

The building is viewed from the outside as a composition of abstract sculptural forms of varying material and texture, emerging from a central spine. Internally, the axis is a double-height 6 meter wide gallery leading from both sides into studios, a lecture hall, a library and other functional requirements of the art department. The internal volumes are filled with a wonderful quality of north light via a series of skylights, while all studios open into courtyards allowing easy interaction with the outdoors and ample cross ventilation.

The building is contextual in terms of its orientation and materiality as it interfaces the iconic 100 year old English Renaissance inspired main school building and the rest of the brick architecture of the campus. It also blends seamlessly with the mature trees of the former Forest Research Institute of India. The east west orientation of the built form and landscape reinforces the direction of the old aqueduct and main building. The building massing is bold, contemporary and abstract. An exciting use of materials – Exposed brick tiles juxtaposed with olive coloured corrugated metal sheets and glass is set against an omnipresent spine of Yellow slate. Local stone is used generously in the courtyards and the internal flooring is predominantly grey kota stone – blending effortlessly with the lush natural surroundings yet being highly durable. The curved façades soften the corners of the building and are detailed finely with bands of brick-on-edge. The natural topography and foliage of the site is well preserved and negotiated, like the level difference between the building and the landscaped garden and existing trees are accommodated in the building design.

The building is also climate sensitive. The long spine of the building running east-west takes advantage of maximum amount of North light so as to minimize to use of artificial lighting during the day. The temperature within building is kept between a minimum of 16oC and a maximum of 27oC by several devices: Adequate cross ventilation of all the studios and galleries, filtered north light through the skylight system and indirect yet ample light through the courtyards. Exhaust systems in the skylights flush out the hot air and humidity in peak summer via a stack effect. Large overhangs on the south and west side protects the internal volumes from the fierce summer sun. The building has a TERI (The Energy and Resource Institute) Griha Green Rating.

The landscaped garden forms an exciting quadrangle with the aqueduct on its south side; the new art school to its east, the main building to its north and the old bakery to its west.

The new art complex thus attempts to infuse the spirit of creativity into the heart of the campus, taking The Doon School forward into the next century: A bold contemporary building that sensitively weaves the past with the present and dynamically leads the school into the future.