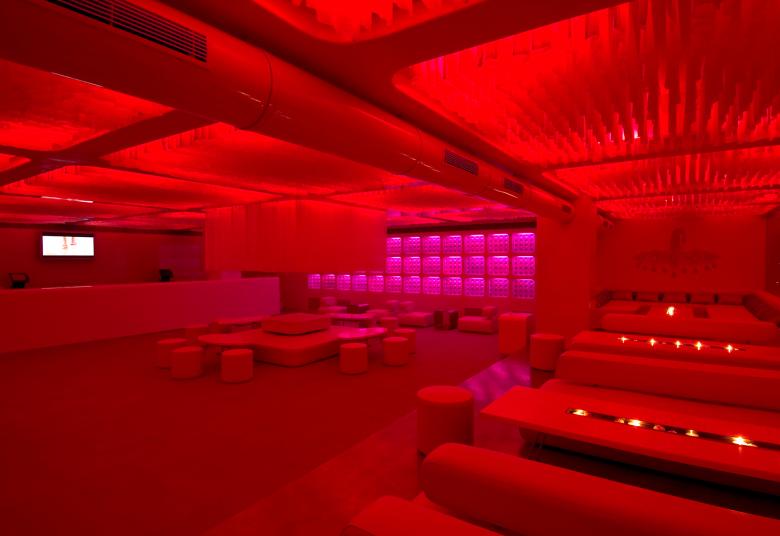 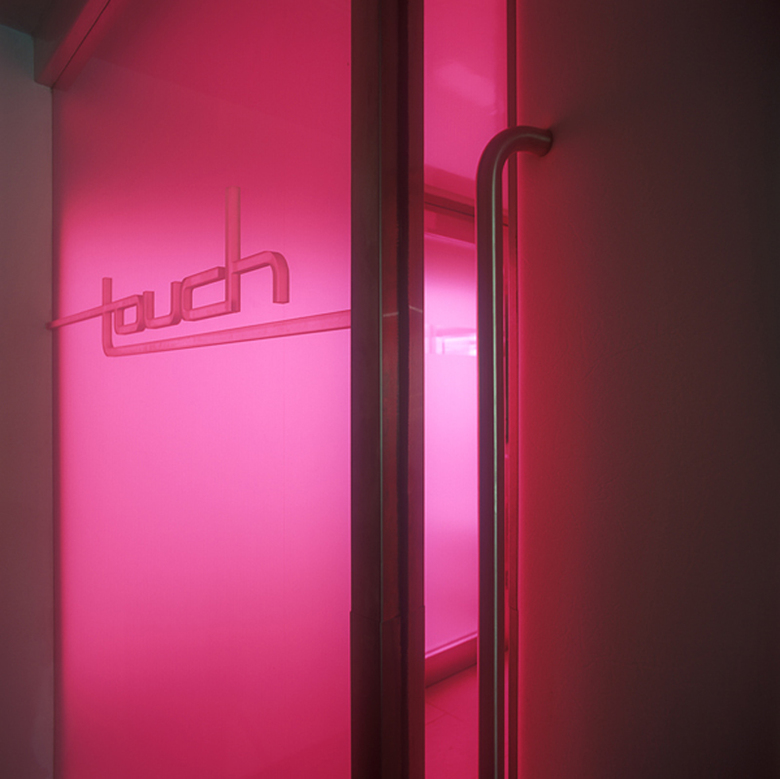 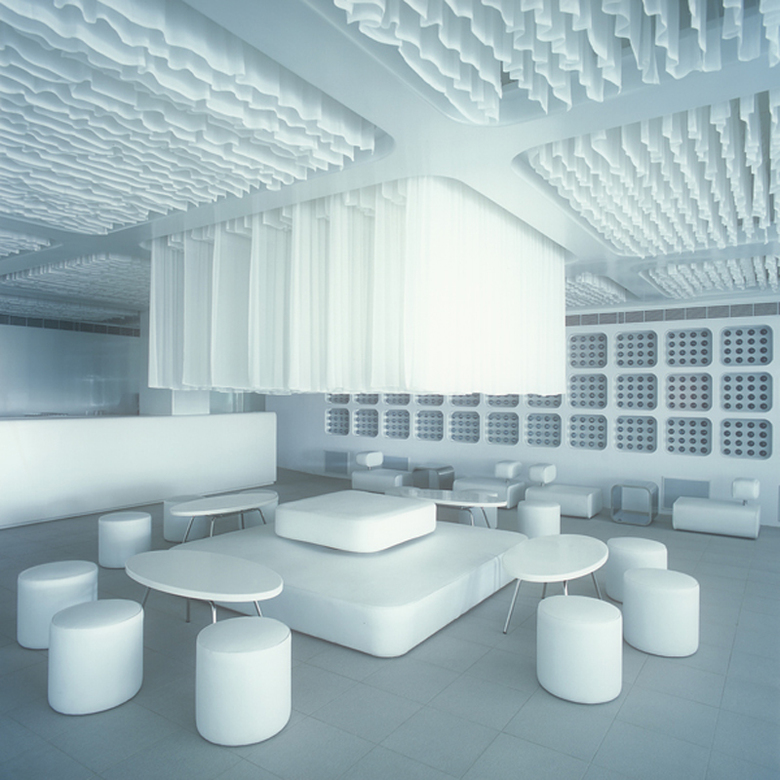 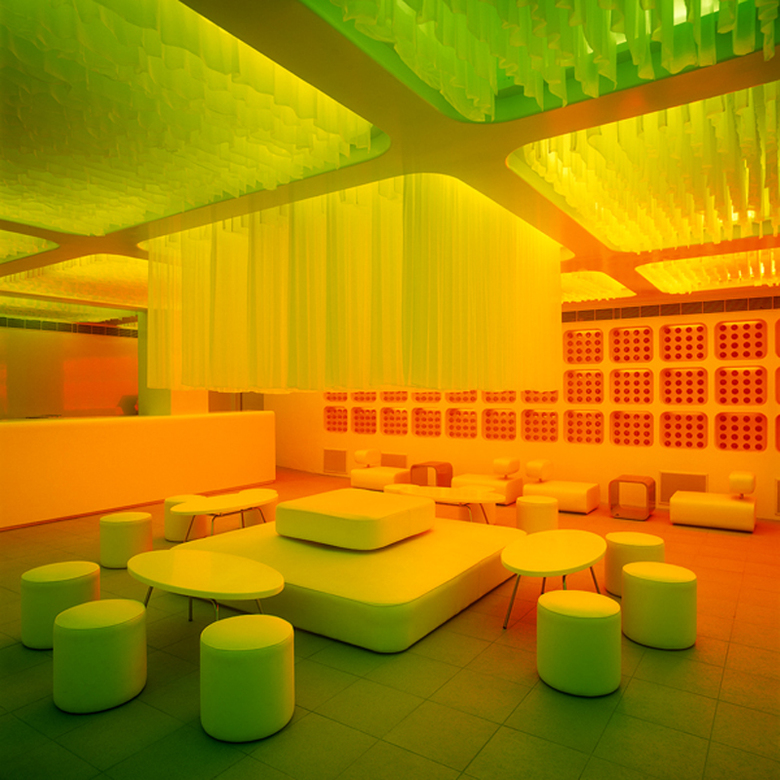 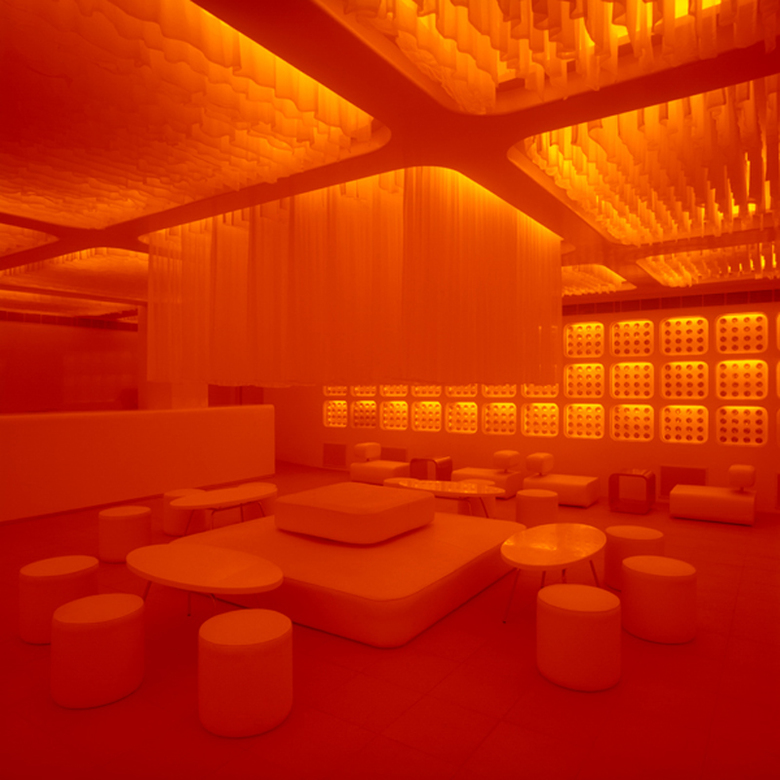 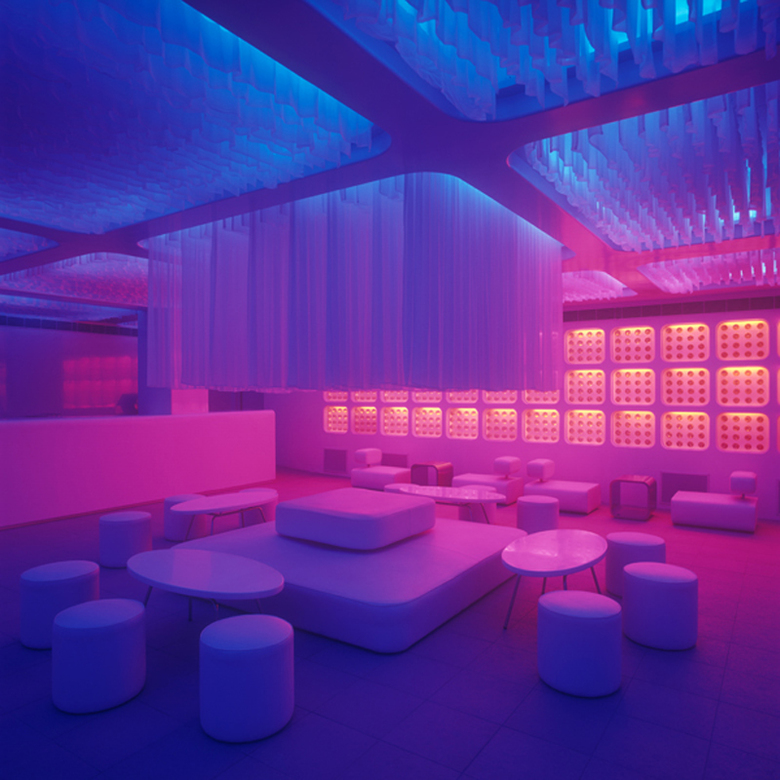 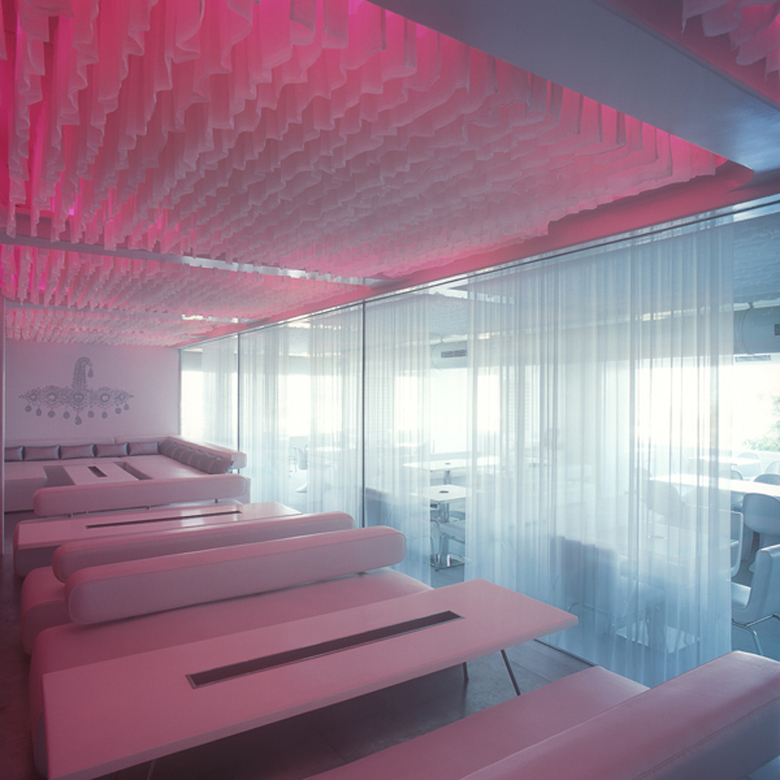 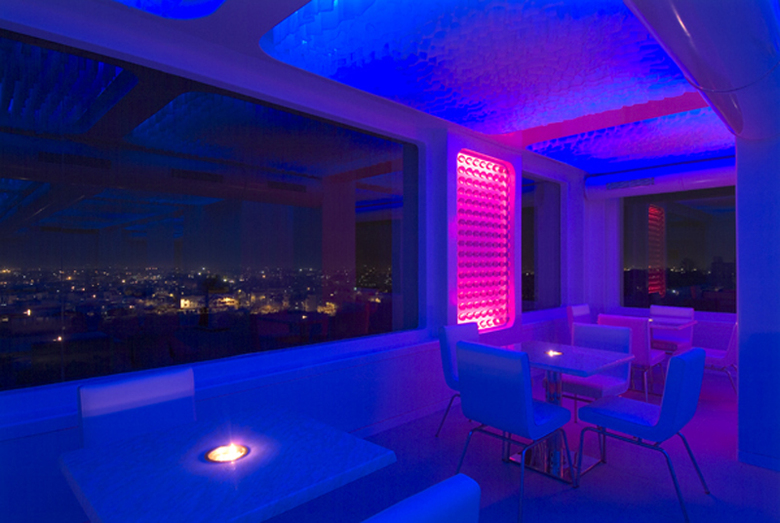 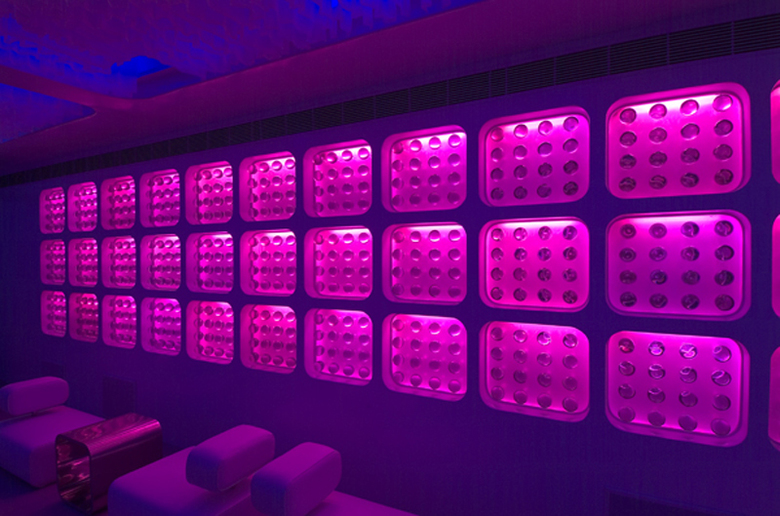 The brief was to design both a fine dining experience and an upscale lounge bar that could co-exist in synergy of the kind that Hyderabad had not seen before, and thus redefine the nightlife of the city.

Design Response | We set out to create a sensual and surreal space that would appeal to the senses. The name ‘touch” is evocative of the experience of different elements touching ones senses. Through a play of subtle textures, absence of colour and a pared down, almost monastic simplicity in material, the space is dressed only with the changing hues of light bouncing off its linear and fluid forms.

We conceived of the space as a dynamic white shell, that would have the ability to transform itself according to the moods of its users. Sophisticated lighting technology allowed us to see this concept through. Thousands of light emitting diodes (LED’s) are concealed within the space and have the ability to change (by means of a pre-programmable software) from calm and contemplative colours to more saturated and hyper colours. The palette and colour wheel is unlimited, and is controllable with the touch of a button. Colours are preset, or otherwise set by sensing the overall mood of the users. The LED lighting, integral to the concept of the project has been possibly used to the first time in India in this manner- an approach that allows a space to have a life of its own.

A mundane and particularly uninspiring ceiling with a grid of heavy beams was turned into the most dynamic design feature of the space. Rather than close the ceiling with a false ceiling, the designers suspend thousands of metres of sheer white chiffon fabric vertically from the ceiling till the beam bottom. LED lighting is entirely concealed above the folds of fabric within the ceiling, and filters through the millions of folds of sheer white fabric giving the entire ceiling a feeling of sensuality, haunting depth, fluidity and transparency.

Since the design brief was to create a fine dining experience as well as to provide for the high energy of a lounge bar, the designers chose to segregate both these functions while visually unifying them. Large expenses of soundproof glass segregate the calm dining area from the pulsating lounge bar, so that diners aren’t disturbed by the smoke, music or crowds in the lounge while still remaining in touch with it.

A wall of repetitive niches is one of the highlights of the space. 900 individual balls cast out of a transparent composite resin, float within niches backed with sandblasted acrylic. LED lighting concealed behind the sand blasted acrylic gets preset to a colour of choice. The light filters through to the transparent balls creating luminosity and multiple reflections within the spheres.

Walls and ceiling beams are finished with a white industrial epoxy coating, White composite resin bar counter and tabletops and porcelain tile for the flooring are durable surfaces.

While the design is cutting edge and global, the designers felt the need to contextualize the space. It seemed apt to make a reference to the jewels of the Nizam of Hyderabad one the of city’s most prized historical treasures, a symbol of its rich and opulent past. We collaborated with graphic designers TSK design who in turn proposed stylized motifs of the Nizams jewels, to be posterized and stylized into graphic wallpapers.