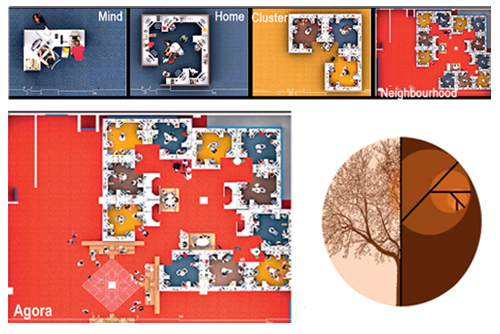 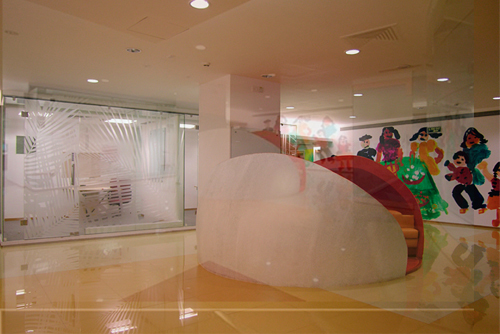 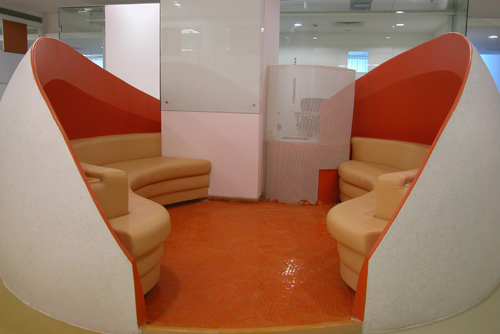 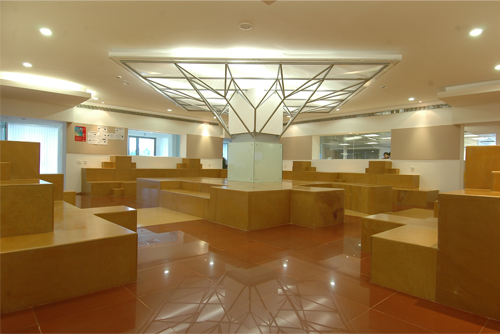 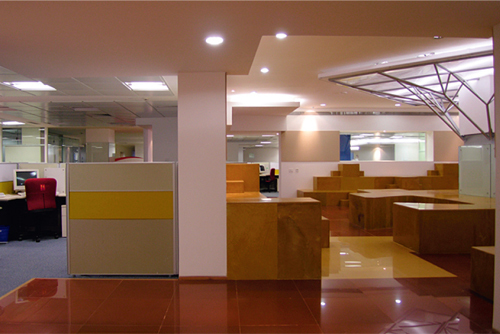 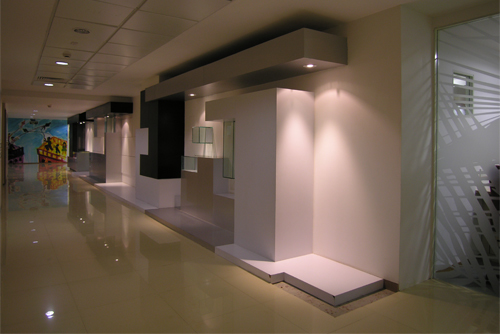 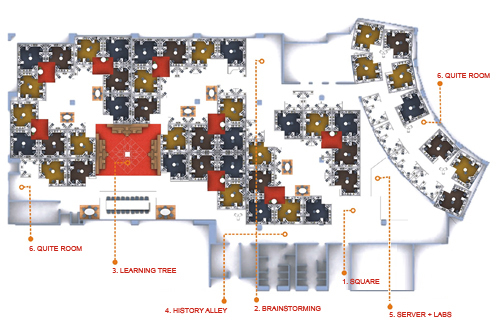 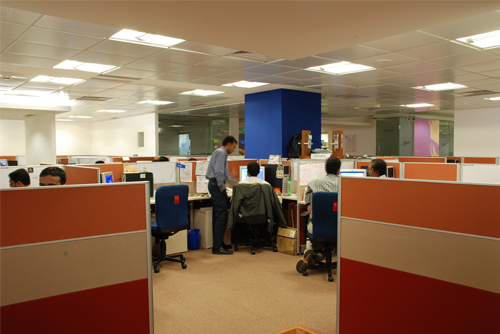 The project involved the interior design of a six-storey 1400 person facility. The ground floor accommodates specialized functions such as an auditorium and training rooms. The work areas break away from the sterile convention of a cubicle grid, and build on a fractal geometry where the repetition of a basic workgroup creates a spatial order of community spaces at varying scales. The basic building block is a single workstation – a “mind”. Seven minds (the scale of an extended family) form a “home”. Three homes form a “cluster”. Three to three and a half clusters form a “neighborhood”. And neighborhoods come together in a central meeting place for the floor which is called the “agora”. The agora is like a central meeting place in a typical Indian village – a platform around a tree. The fractal geometry does away with neutral corridors. The circulation spaces are meaningful spaces within a community hierarchy, which makes the whole office feel more open.