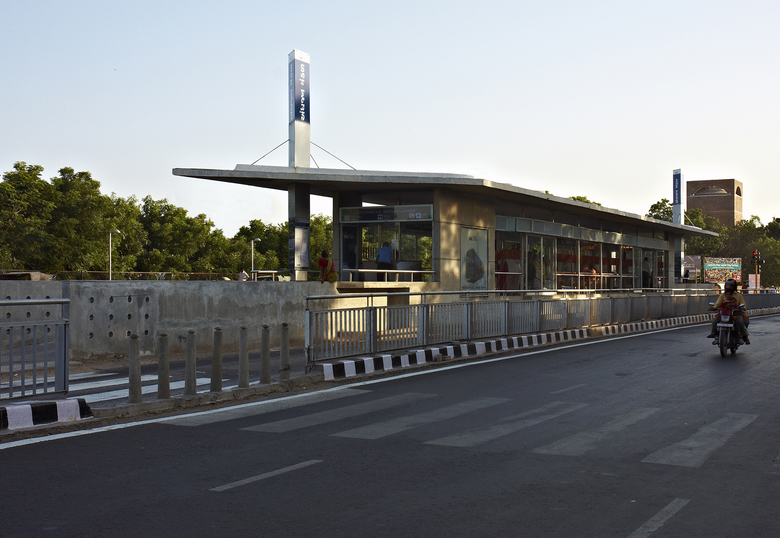 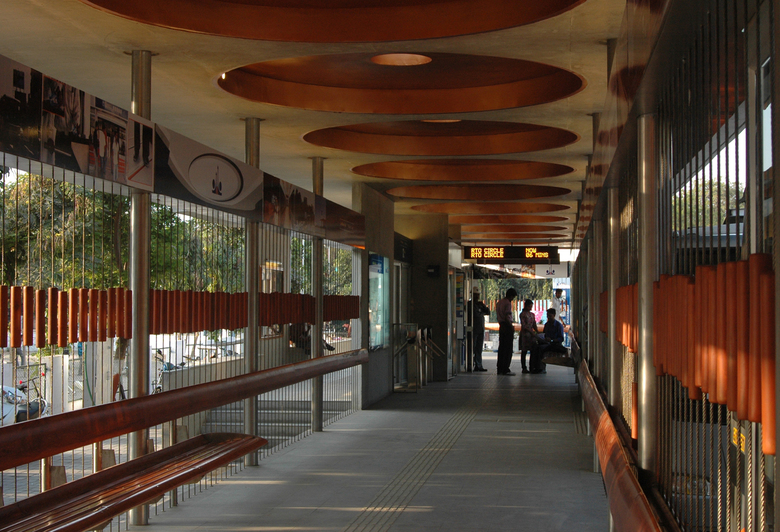 Bus Station for the Ahmedabad BRTS with CEPT University as consultant and Ahmedabad Municipal Corporation as client, in one of India’s largest and fastest growing cities is in the middle of intense urbanism. The logistics, the different contexts within the city, the cross section of users, the number of people one had to deal with to make it move were the challenges. Prototyping was taken up as a method to understand this first of its kind building. Construction issues, public interface, ease of movement were all brought into realtime. It was the most public scrutiny for an architect where people of the city were invited to the prototype to express their opinions. There was tremendous pressure on us to have large billboards, and huge advertisement spaces at the cost of all quality as that was perceived as revenue. Not ones to give up, we even drafted out a new advertisement policy, suggesting that not only the bus stand, but the entire city needed to get rid of large, ungainly billboards!

The bus station design emerges from explorations of floating slab and dynamic form in a pragmatic sense, along with concerns of vandalism, safety and security, equitable access (ramps and tactile flooring), ease of movement and climate. We believe that transparency is the most effective way of securing such a public space and hence the stainless steel cables. Wood has been used wherever the human touch was imminent including in the wooden cylinders which have become like a brand identity of the system. The project is a combination of generic solutions and adaptations to local conditions and an active engagement with local culture.

Finally, to reiterate, the design of the bus stations is a reflection of the growth of the city and the quality that it offers its inhabitants. The bus stations are the ‘transition spaces’, meant to accommodate and regulate large volumes of a vast variety of citizens. These points of interaction are designed to be universally accessible and welcoming to the commuter. They are based on the relationships and requirements of people on the move, the intentions being the ease and comfort of the commuter

They are face of the system and are able to give the citizens a sense of pride and collective ownership. State of the art construction technology and materials have been used to make a mark in the urbanscape. The design revolves around high durability, quick assembly of pre-fabricated parts, ease of maintenance and good aesthetics. The use of steel cables has allowed for a greater degree of transparency. As a result of which, the stations are well lit by natural light and have good ventilation at all times of the day. And they are made accessible to all sections of society, participating in making the system safe, reliable and equitable.