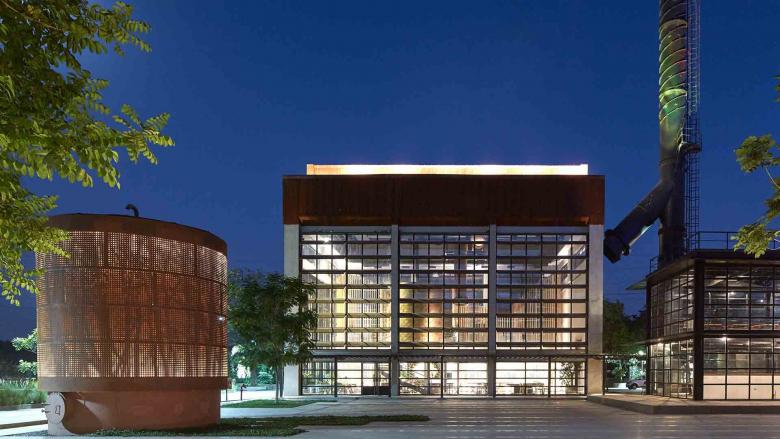 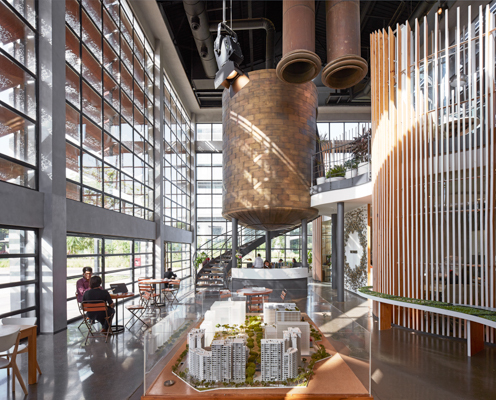 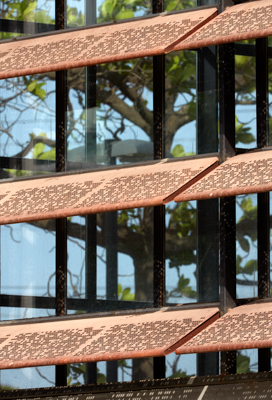 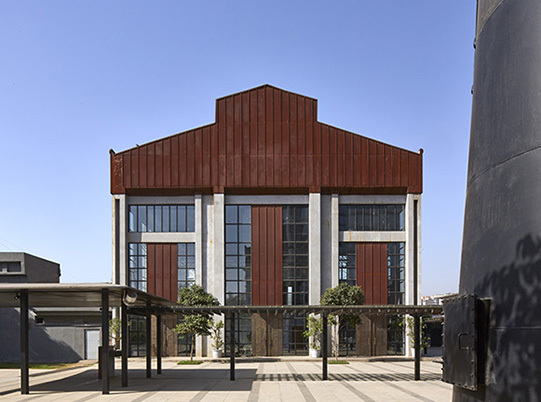 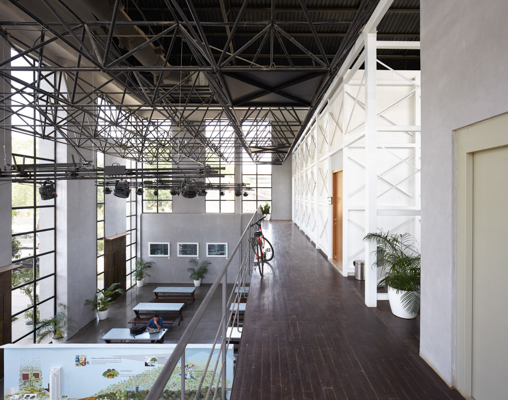 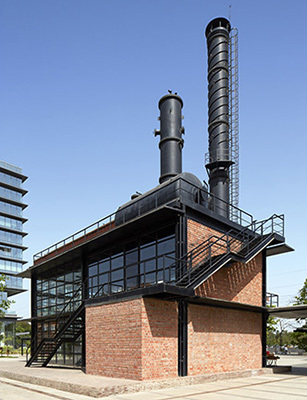 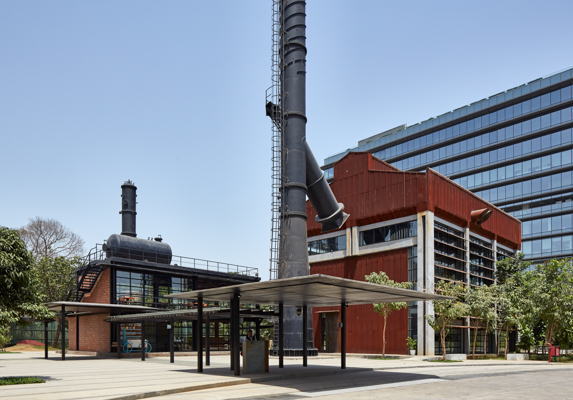 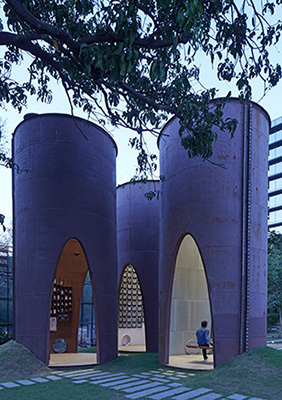 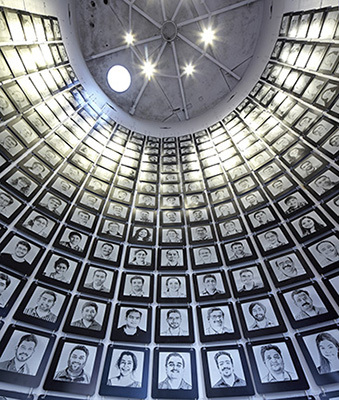 Imagine Studio at The Trees

An adaptive re-use project in Mumbai, the Imagine Studio weaves nature, heritage and urbanism through a compelling narrative of evolving contexts. Conceptualized by Studio Lotus and the GPL Design Studio, the collaborative project transforms a small cluster of industrial buildings and its surrounding landscape into commemorative identities seeped indelibly in the developer’s legacy yet an invigorating part of its new purpose.

The scheme, which initiated as a design for a marketing office, shaped into an exercise for place-making in ‘The Trees’, a flagship development for Godrej Properties Ltd., which is a part of Godrej, one of India’s biggest industrial houses.

Set in a 1-acre site, the Imagine Studio complex spans 3900 sqm in area. The project replaces a large industrial campus in Vikhroli, a site integral to Godrej’s history. Designed as the Experience Centre for ‘The Trees’, the intent was to illustrate an invigorated public realm as a microcosm of the master plan while preserving the essence of the site’s industrial heritage. Existing buildings and its elements were recycled not only to underline their relevance in the bygone eras but also add meaning as important design punctuations in the narrative.

The design teams presented the Imagine Studio complex through an attempt to re-envision the customer journey for ‘The Trees’. The storyline for this experiential journey was grounded in authenticity and a larger vision for the city germinated with timeless values.

Programmatically the buildings of the Imagine Studio currently adapt into a marketing office, with sample showcase flats, meeting spaces, a small cafe, as well as several outdoor spaces to market upcoming residential and commercial development properties.

Two former power co-generation plants and a boiler were repurposed to accommodate new functions as a Studio, Workshop and Cafe respectively. A tall chimney redolent of bygone industrial aesthetic has been treated as a graphic memorial.

The newly-designed interiors derive inspiration from the “memory” of the metal silos - cylindrical units that occupy the site. The silhouette of these forms offers contrast to the rigid geometry of the building and hence shows up as a sculptural insert.

The existing Boiler Plant was converted into an all- day café by retaining the structural framework and a boiler tank as a memory of its original intent. The Boiler Café, Workshop and Studio together create the edges of a vibrant public space that demonstrates the core philosophies of ‘The Trees’.

The timeless architectural forms derived from the current industrial sheds and the materiality of concrete, corten steel, brass and timber work on the principle of ‘Wabi-Sabi’, which would allow the buildings to age beautifully with the passage of time. The materials were deliberately chosen to add layers to the sequence of events planned for the project.

The landscape design strategically re-purposes the heritage environ in a more urban, community-centric setting. Amalgamating industrial scrap and integrating them with the plants, it uses them as a story telling device. A Corten steel strip inserted into the layout acts as a guiding pathway that subtly indicates the key experiences of the entire marketing journey.

Buildings of the Imagine Studio at The Trees will ultimately get absorbed into the commercial hub of the development; continuing to stay on as key markers celebrating the rich traditions of the historic company while taking it strategically forward into its future.