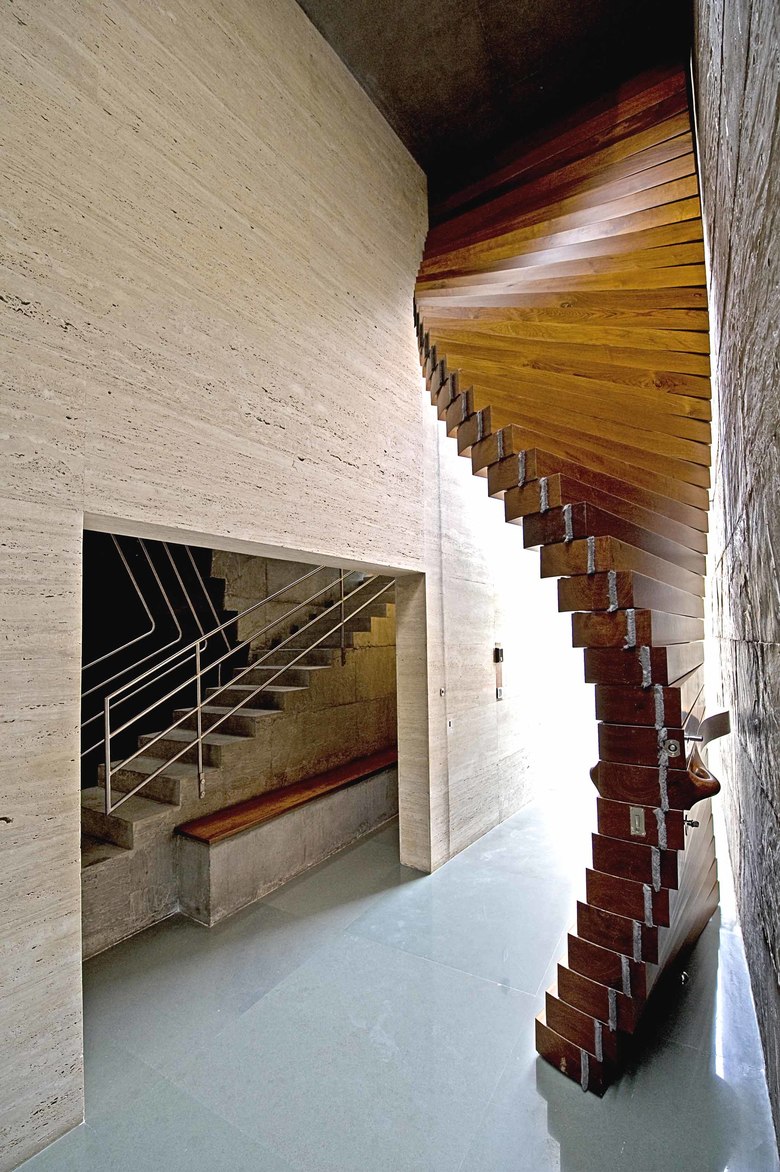 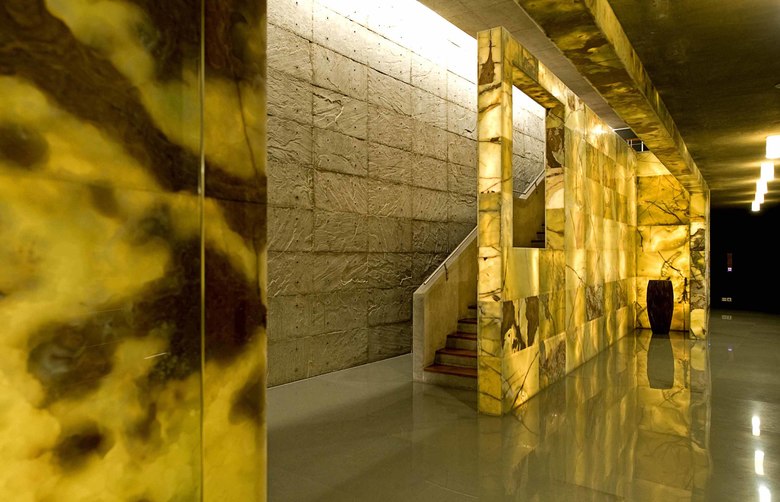 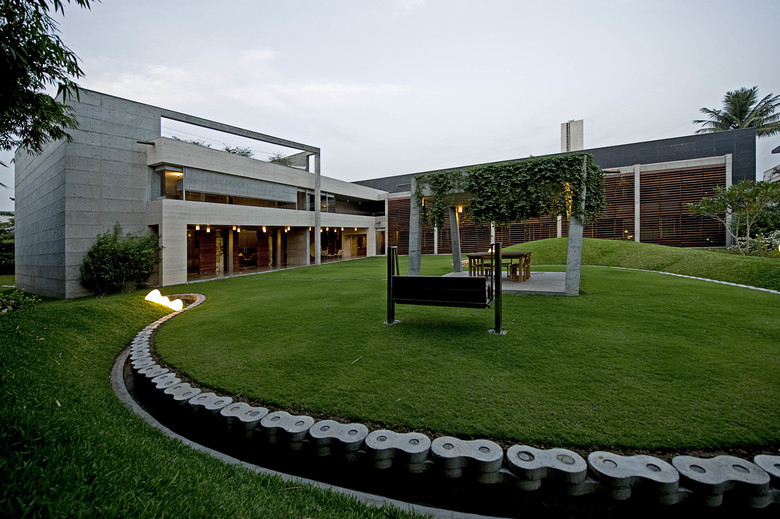 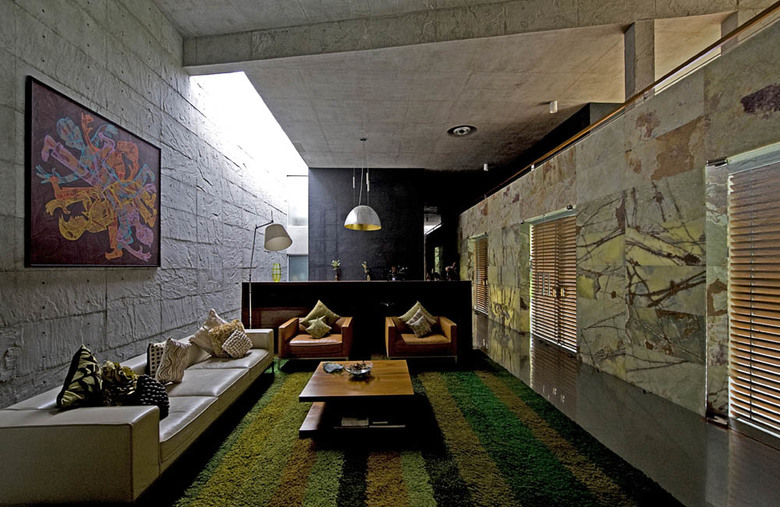 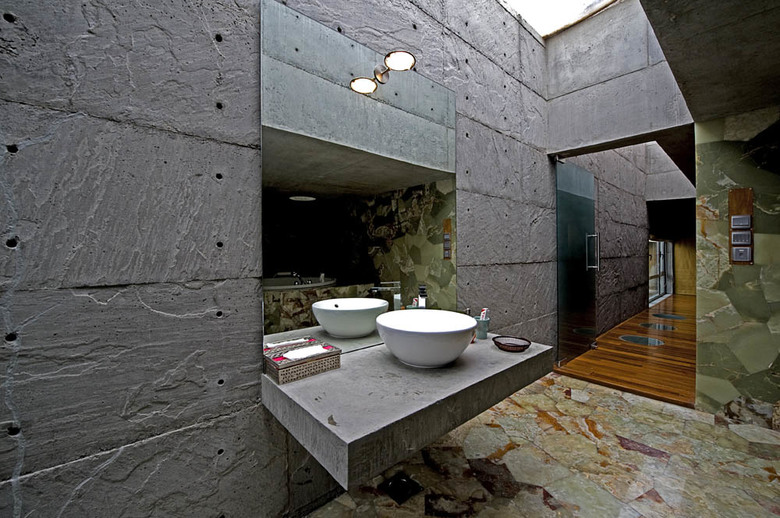 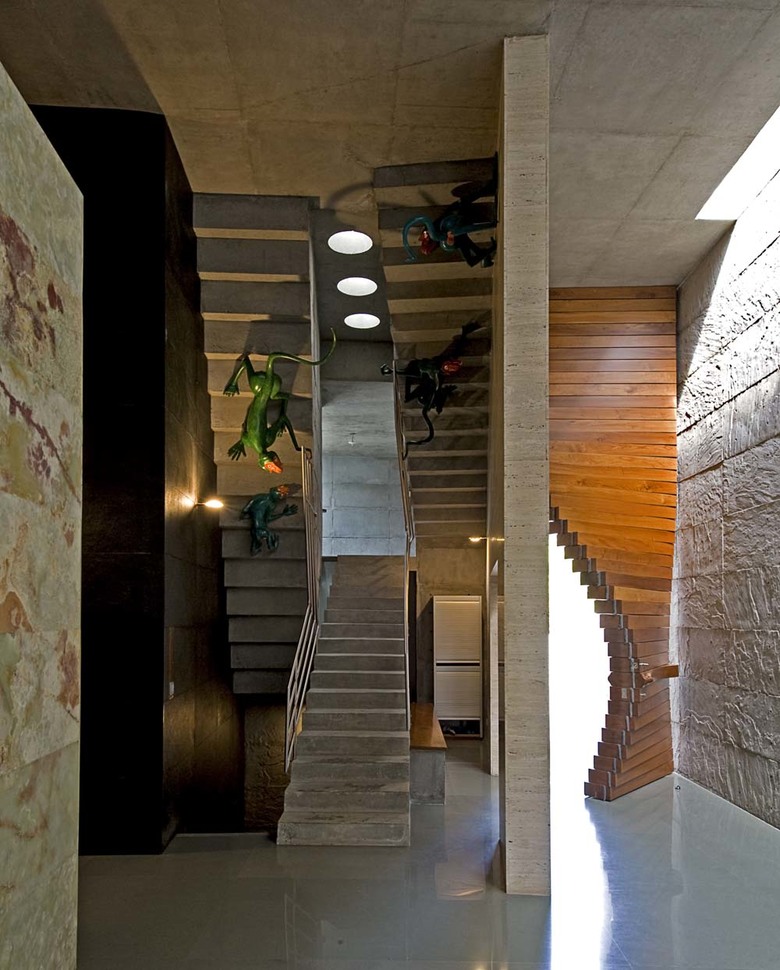 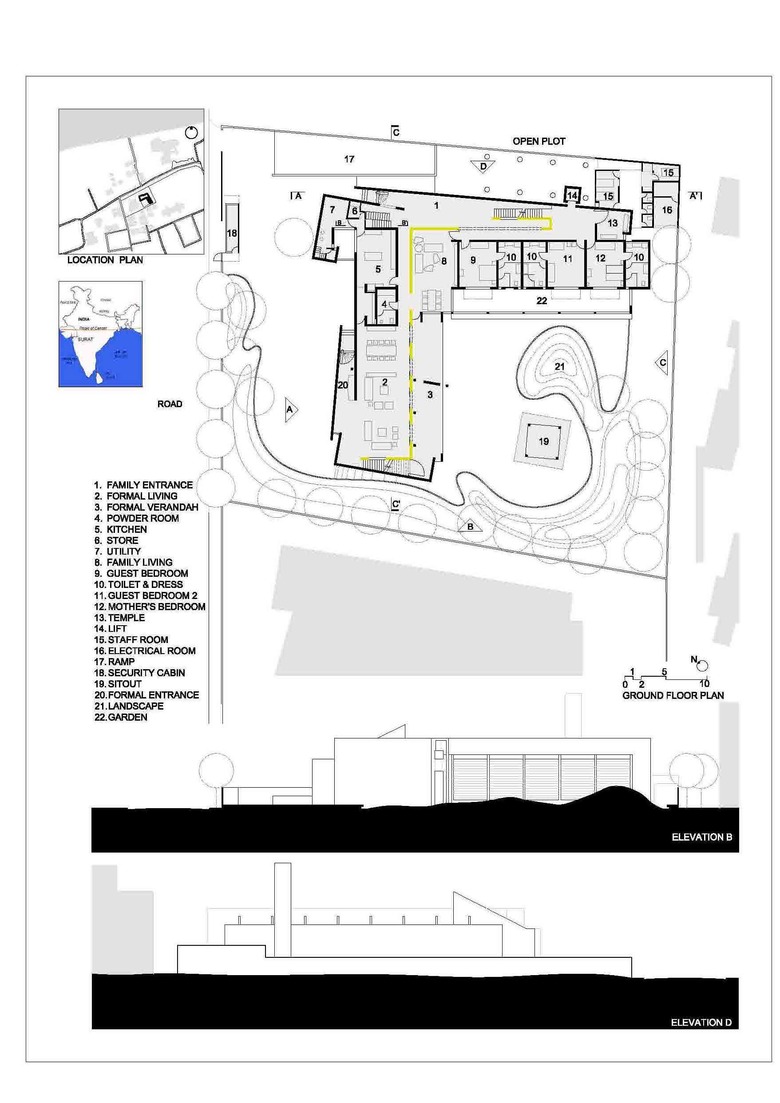 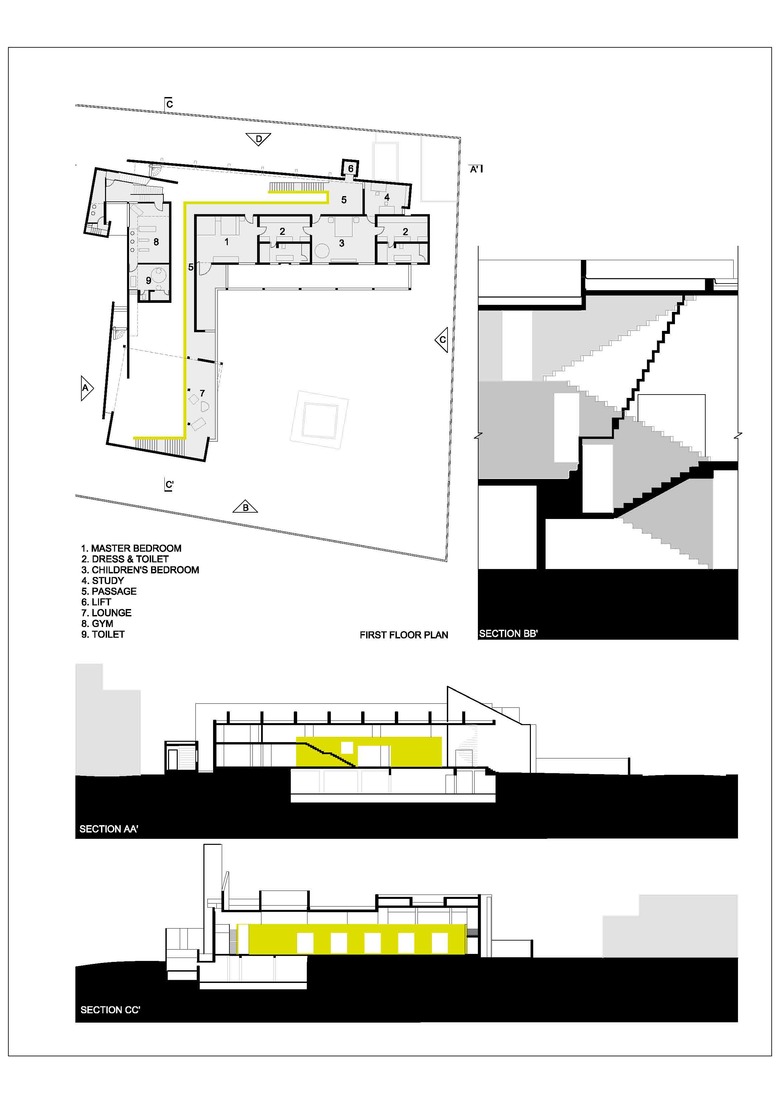 Being the largest exporter of polished diamonds, almost 80% of the world’s diamonds pass through the hands of Indian diamond merchants. Most of these merchants, surprisingly belonging to a close-knit common background from Palanpur and Kathiawar, in the state of Gujarat, run their centuries-old family businesses based on ethnic ties and traditional family values. Business dealings are often managed in ultra-orthodox settings, are informal and deeply interlocked with private community affairs. These community institutions create business advantages and the architectural interpretation for a diamond merchant’s home translates into a complex program that requires the cautious separation of family spaces, social and private spaces such that both business and family activities are not disturbed. The house requires a host of spaces including spaces for business dealings, guest rooms for long-term visits by relatives, social and entertainment spaces and core family activity spaces together with the dilemma of housing the family in the busy urban setting of a city. This program inevitably creates the need for a house within a larger house, a challenge for us.

In heart of the diamond capital of India, Surat; is a house that allows the deeply rooted traditions of the diamond industry to co-exist harmoniously with the changing needs of a modern home, blending the dichotomy of the situation into a complementary whole. Sitting between an anonymous plot and the house for Parag Shah (house with warped court), the complex geometry of the site is used as a cue to develop its spaces such that all areas of the house open out onto a tranquil and private green space. (Photo 3)

On entering the site, one encounters a ramp down to the parking level and the blank concrete walls, the green of the lawn near the entrance enfolding a few seconds after. The house can be entered from two sides, both through large, custom designed entrance doorways that transform into a wooden curtain and gently open into the entrance hallways. (Photo 1) The two separate entrance hallways allow the smaller home and the larger house to coexist; one opening into the family spaces and the other leading directly into the formal drawing and dining space and veranda outside. (Photo 5) The high formal living space in concrete can also be distinguished by the skewed box, representing the industry. The double height entrance hallway also serves as a meeting place for the household and a connecting space between the formal and informal.(Photo 6) At one end of the passage, and accessible to all, is the family prayer room and the study above, giving religion and intellect its fair place in the house, respecting their everyday importance in the home.

The dwelling emulates the various facets of the jewel in several ways through the use of contrasting materials. The rough diamonds are represented by the concrete walls poured in stone casts and the polished ones are represented by the light emanating onyx wall. One is opaque, the other transparent. (Photo 7) One envelops the house and the other ties the house together. One absorbs, the other radiates, one is neutral, the other colourful, one is rough and the other is smooth, diametrical opposites in the same house. The core family and private areas are placed in a “black box” characterised by the use of kadapa stone representing carbon, another avatar of the diamond. The base flooring in economical and common but robust kota stone as if representing continuity, and all this is set against the chic neutrality of travertine representing contemporary living. (Photo 2) The industry dwells in between the incoming rough and the outgoing polished stone in all its entirety; static, dark and unyielding spaces placed amidst sunlit areas- dynamic, light and agile.

The three identical staircases are aligned to the three site angles converging near the entrance; one is placed on the floor, second on the wall and the third on the ceiling; signifying the illusionary world of diamonds.