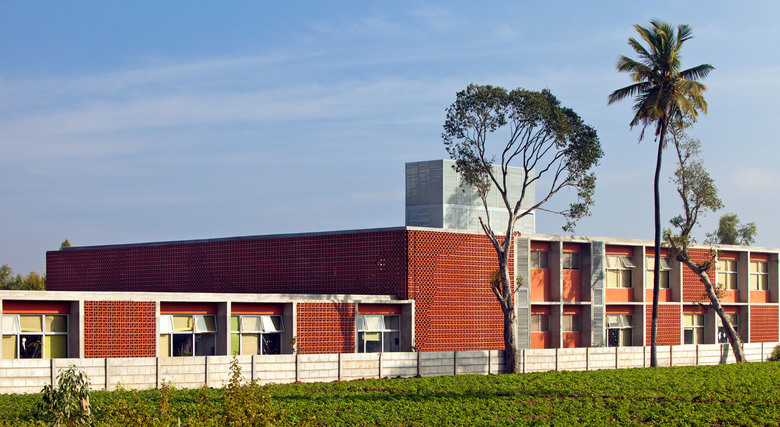 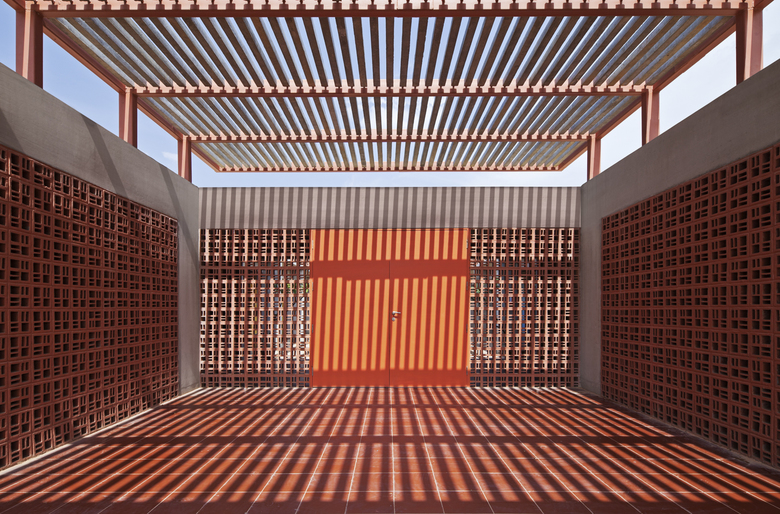 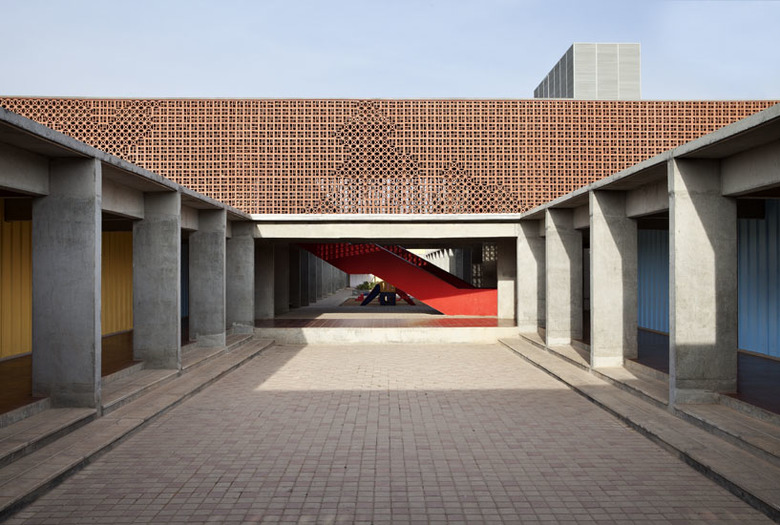 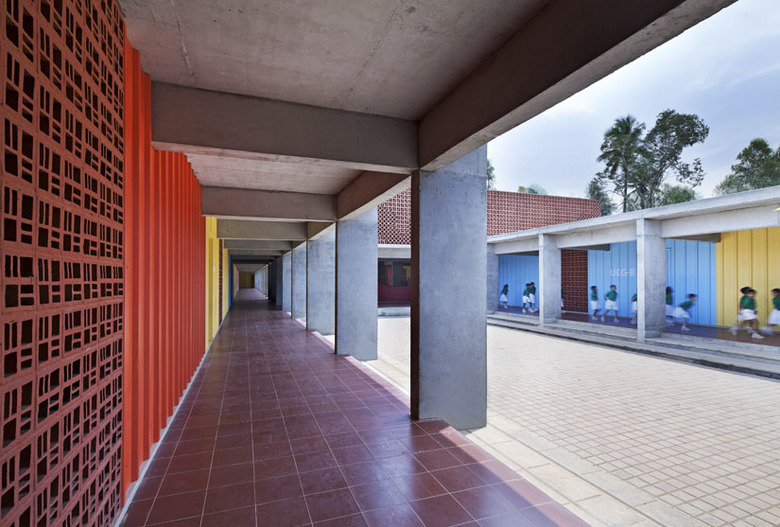 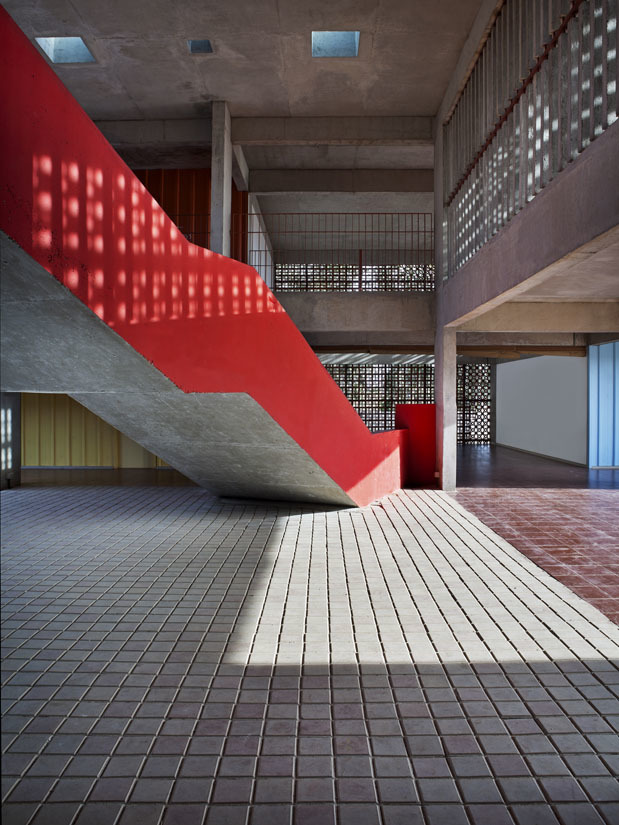 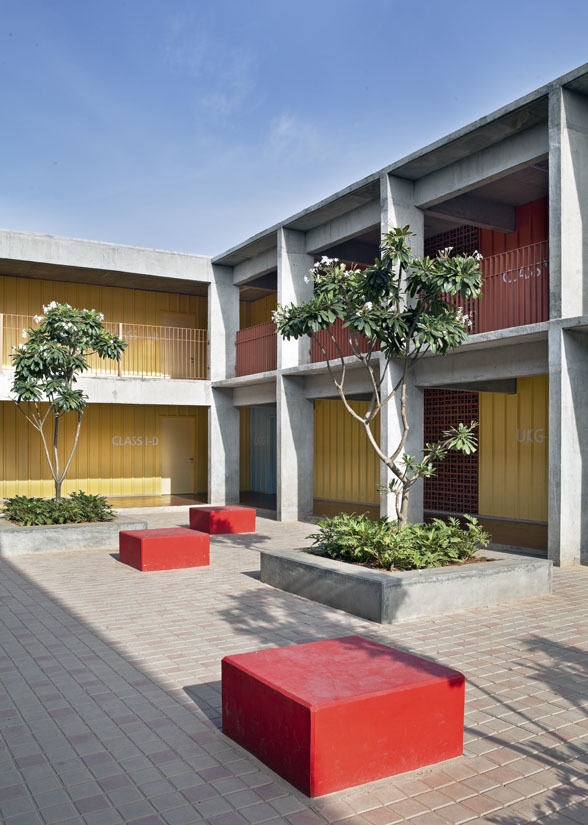 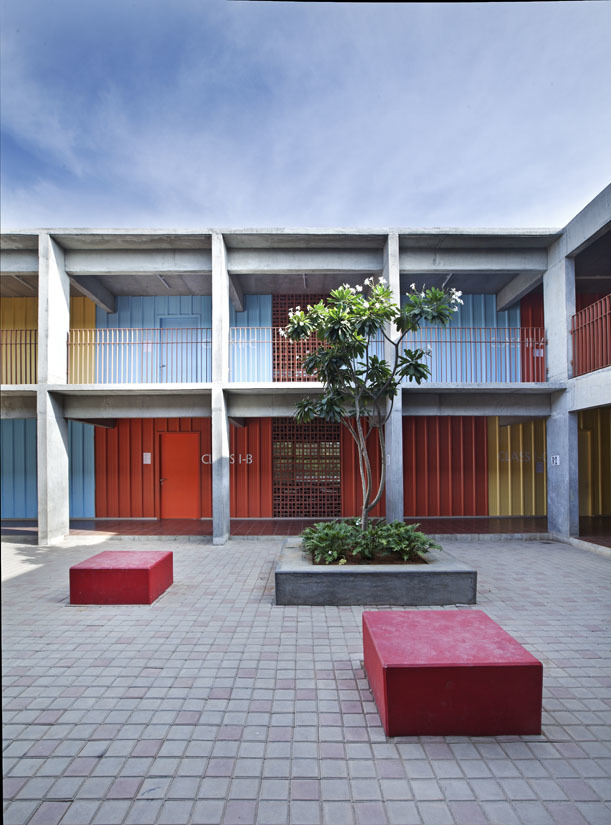 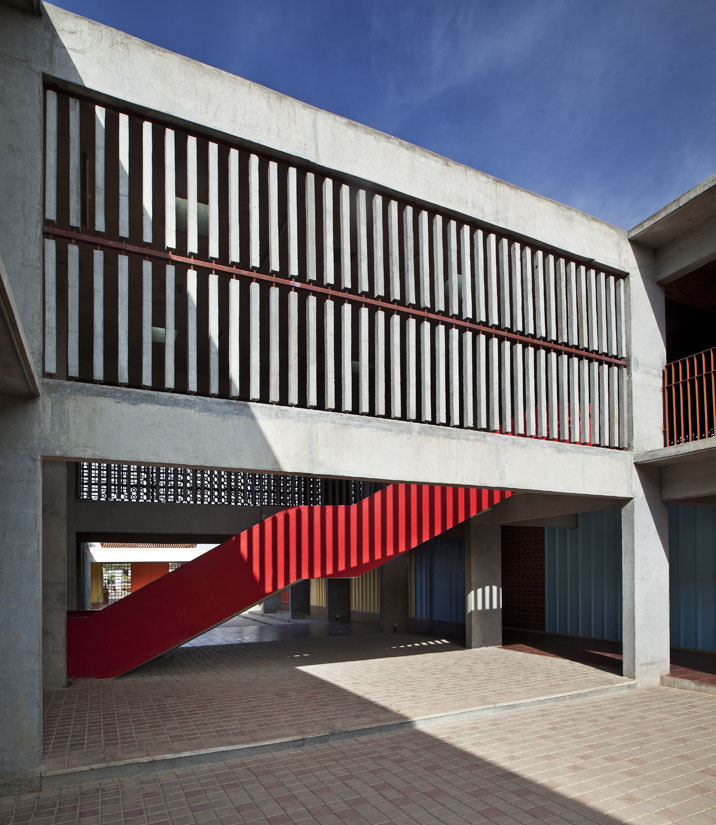 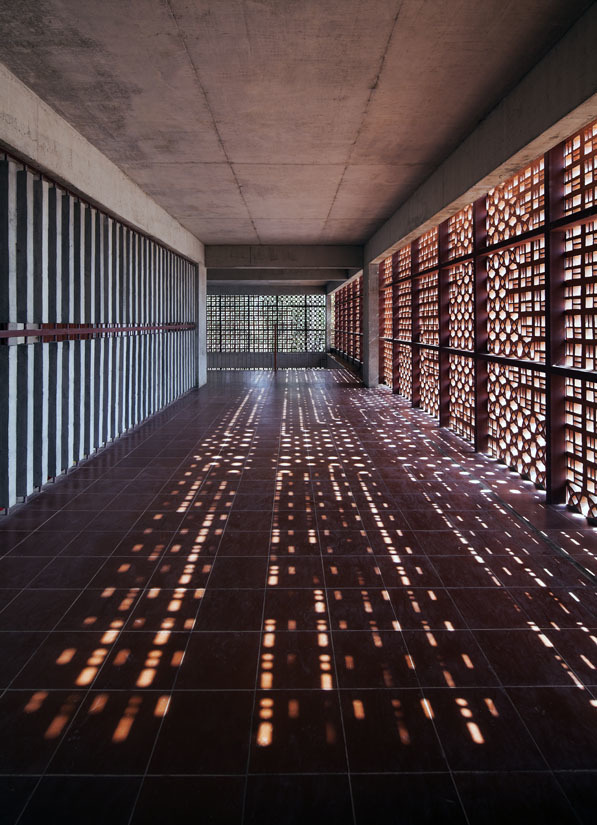 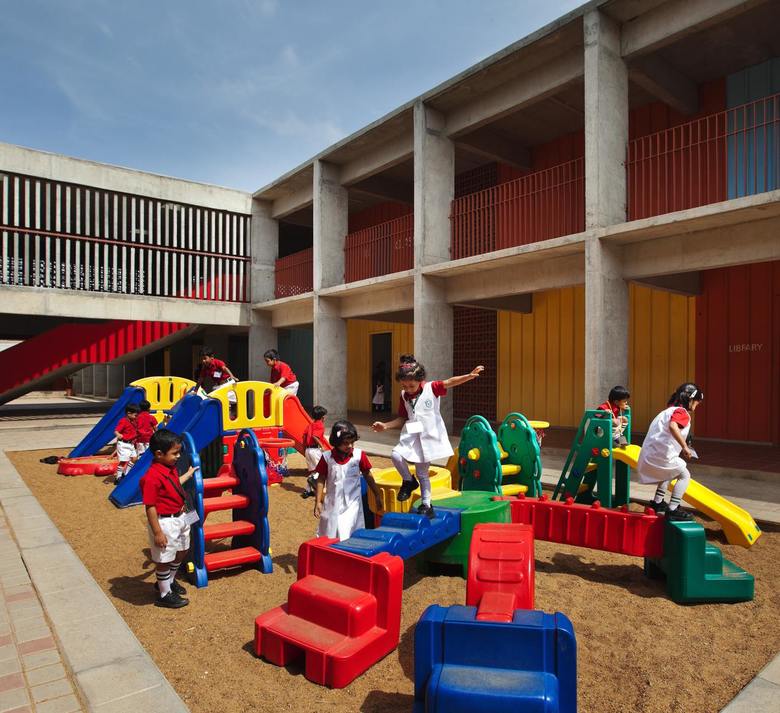 The brief called for us to design a franchise for a popular north Indian school chain called Delhi Public School.

Since the model was to be potentially replicated across several schools in South India, we were asked to create a simple and cost effective language that could be adapted easily to different site conditions and slightly varying programs.

While the overall master plan currently under construction comprises a kindergarten, junior, middle and senior school block that will eventually cater to 4000 children; the current kindergarten facility has 25 classrooms, and with 40 children a class, a total strength of 1000.

The primary challenge was to design and complete construction of the first 35,000 sft. Kindergarten block within a 6-month time span at an efficient cost of Rs.1200/sft (USD $20/sft). The efficiencies of designing and constructing a building so rapidly had to be balanced with what we believed in; creating a warm, playful and welcoming environment for these young children that would be filled with natural light and ventilation.

We set out to achieve our goal by creating an efficient modular system that we could use as building blocks. We looked at the basic module of a 700 sft classroom (35ft x 20 ft.) that could be repeated horizontally, or stacked one atop the other. The classrooms on either side flank an 8ft wide single loaded corridor and open up to a central open- to-sky courtyard.

The simplicity of the repetitive exposed concrete structure is what eventually dictated the design outcome as we added flexible layers onto it. We added a corrugated metal wall on all corridors, which would serve a dual purpose; facilitate speed of construction and be durable for the wear and tear school corridors usually take.

The corrugated sheets also gave us the opportunity to play with pattern and use tropical colours typical of the vernacular architecture of the region.

Other contextual references are in the vernacular terracotta jaalis (shading and ventilation screens used traditionally in India) that wrap around parts of the building and are included on both sides of each classroom to facilitate adequate cross ventilation from NE to SW. The jaalis cut down the sun especially on the western face of the building where we have effectively used them in breakout areas.

Judging the sun directions we played with a number of devices: horizontal and vertical pergolas and a combination of two different patterns of jaali on the exterior that create interesting patterns on the building at different times of the day.

The central linear open-to –sky court that runs the entire length of the building is the soul of the school and facilitates learning outside the classroom. The temperate climate of Bangalore allows for open to sky discussion on benches surrounding the courtyard trees or on the steps of the corridors.

A single skewed concrete stair painted red is the only element that breaks the linearity of the court and leads one to the upper level.

In an age of air- conditioned schools becoming increasingly popular in India, we have attempted a climate sensitive, energy efficient and cost effective approach that utilizes minimal electrical load during the day due to effective harnessing of breezes and adequate natural light during the day.

It is our hope as architects that we are able to take this simple yet effective typology further to other franchises in the region.