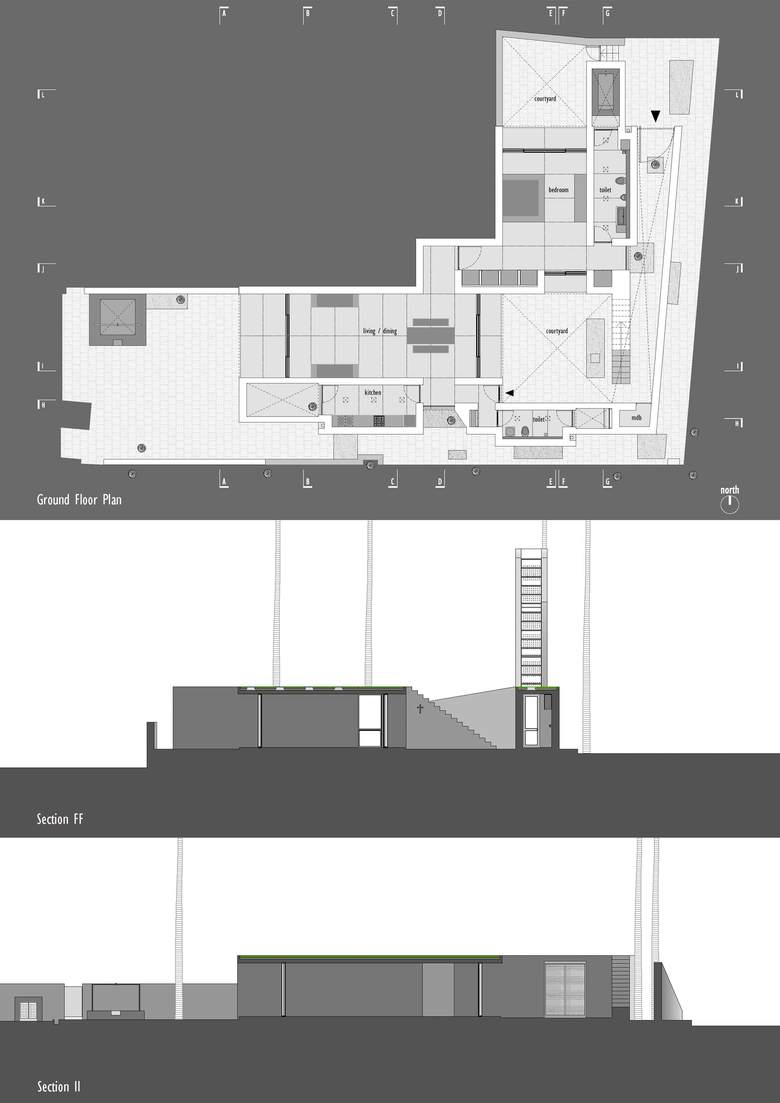 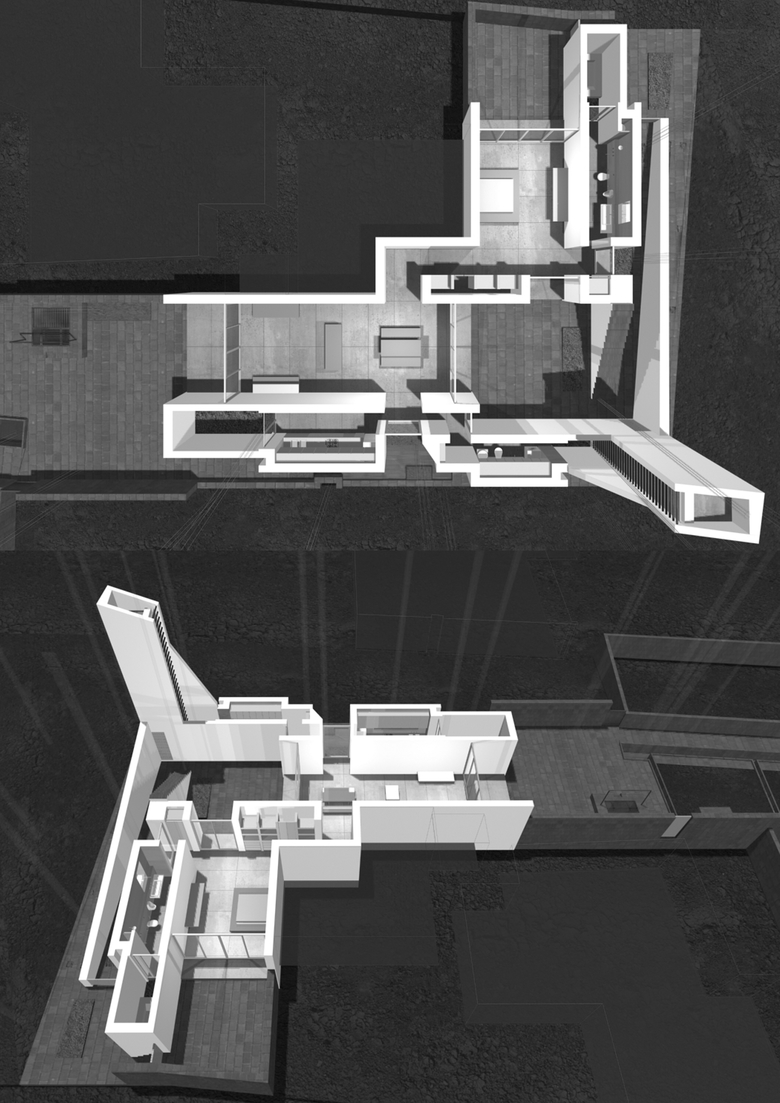 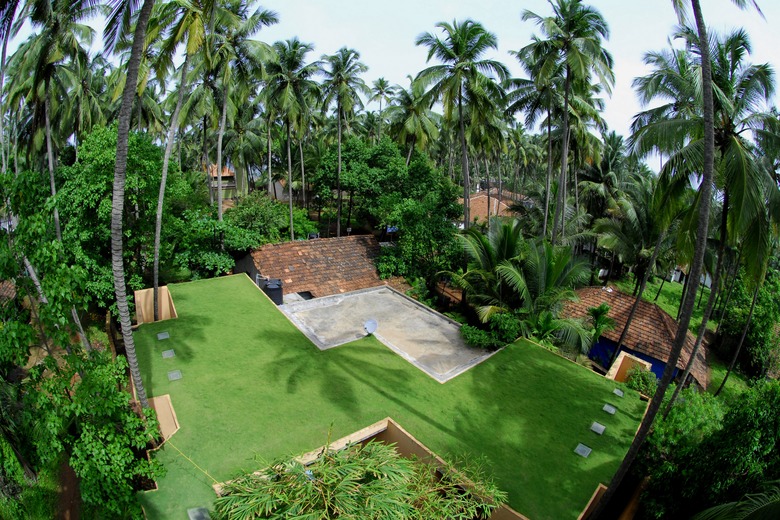 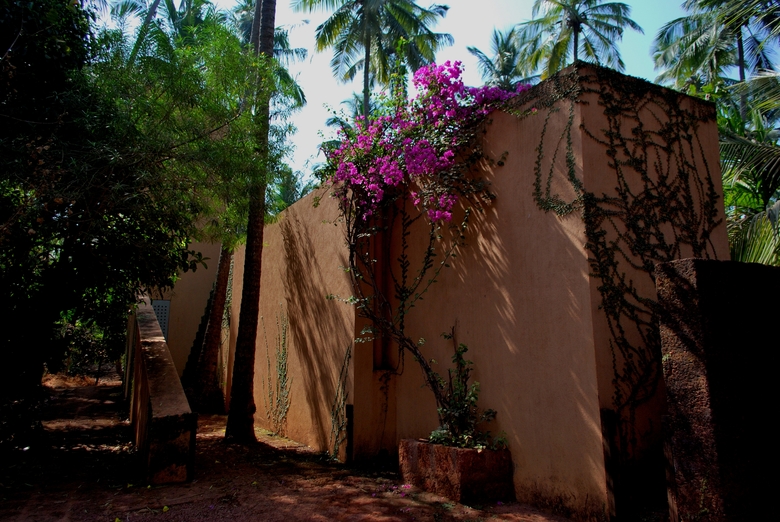 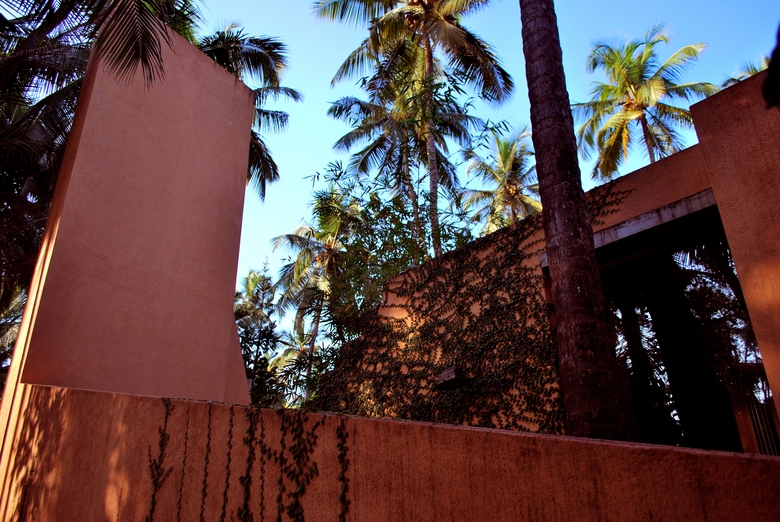 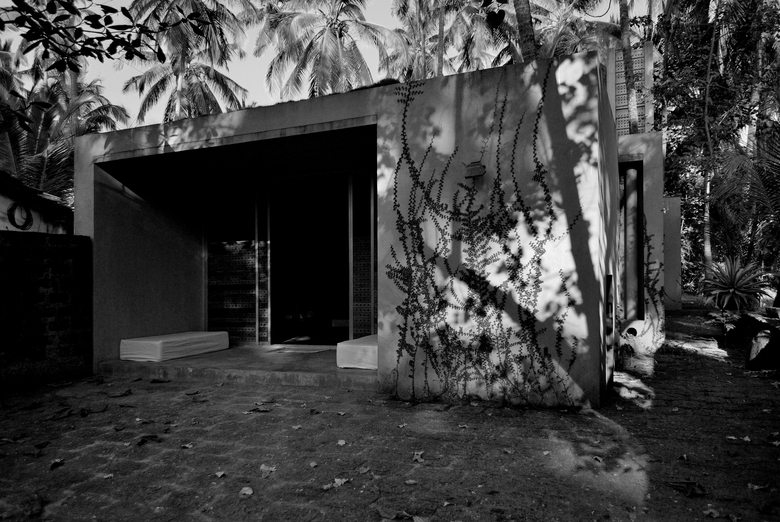 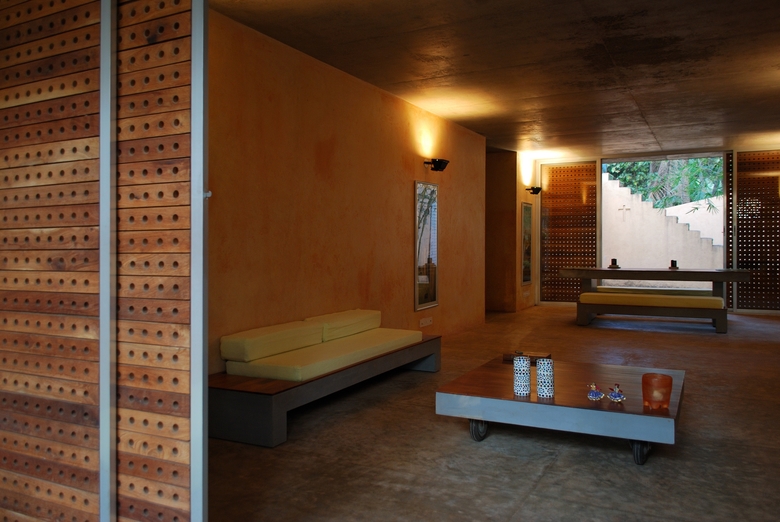 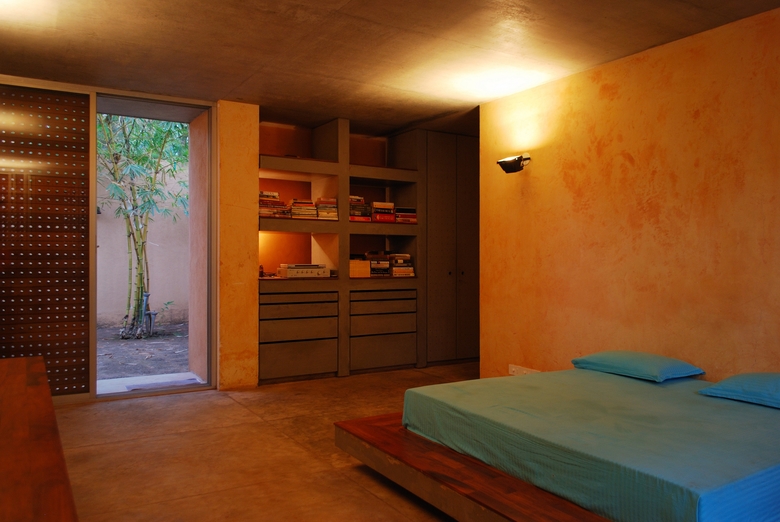 Mobius house is a resultant of the pursuit of the archetypal image of a pavilion in the landscape through processes that strive to accommodate contemporary building and living conditions, while in simultaneous dialogue with rich traditional and vernacular references.

The intentions of re-placing lost ground and achieving forthrightness in construct for this single storey building called for a configuration of flat slabs spanning between load-bearing laterite masonry walls. Corresponding to the plot geometry, the building is configured in an ‘L’. The intensity of references from the Portuguese building forms – great churches with their bell-towers and buttresses, imposing forts and their bastions, massive houses with large volumes and big windows – offered the opportunity of adapting institutional architectonics reinterpreted/redefined to a domestic scale. The language which thus evolved is neither welcoming nor intimidating; instead, it merely frames spaces. The type – each arm of the ‘L’ – is a generous living bay open on both ends and flanked on one side by servant spaces. The few formal indulgences in a rather dormant built-form have to do with the obtuse edges of the ‘L’. While one edge forms the entrance passage to the house, the other is the right of way for the visitors moving to and from the beach. The entrance passage is flanked by the building on one side and by a compound wall on the other, which rises as one proceeds up the passage and doubles up as a bracing to the OHWT tower. While the bracing on the left hits a tower as the passage culminates at the vertex, the terrace line acting as the edifice on the right climbs down a flight of steps to reveal the arrival court – the prelude to the experience, located at the node anchoring the two arms of the ‘L’. It’s precisely between this zone that the Mobius nature of house is born, the birth of delusion between outside-inside…the illusion of threshold between landscape and the house comes alive. The edifice towards the right of way is an undulating surface, expressing a release analogous to the recoil of a stretched piece of elastic when snapped. Subsequently, the structure is un-self-conscious yet present; a presence which may appear alien at the initial glance. However, space is a greater concern here than form, which, perhaps when the ivy shrouds the edifice, one may see better.

The course of action has been one of minimality in process rather than in appearance. Just as the plan has been reduced of elementality, so do the finishes employ reduction in layers/ materials. For instance, to drain the terrace valleys, sufficient measures were created within the slab while casting the RCC with required waterproofing ingredients, thus avoiding any additional layers for either waterproofing or slopes. The slab soffit has been left exposed; and the waterproof plywood sheets used as form-work were recycled to make the required furniture for the house. Paint - both from the wall and the plywood surfaces - has been done away with since the base layer of putty itself provides adequate protection. Similarly, the bedding mortar itself – when reconstituted and laid appropriately – gives the IPS floor-finish, thus avoiding the need for any further layer of stone or tile finishes. Each of these processes gives rise to its own appropriate aesthetic, just as rethinking the plan allows for a richer, if not new, spatiality. Nevertheless, both demand a shift from conventions (personal or collective), not only in the designer’s approach but also in the inhabitant’s ways of seeing.

This adaptable built form attempts to accommodate the contemporary nomadic urban existence, which finds urban abrade repulsive and yet cannot survive without urban affluence. The context that this house desires to address is the Goan landscape: of consuming it and getting consumed. Oscillating between the inside and outside, between the familiarity and unfamiliarity of scales, views and textures, inhabiting this beach house is akin to movement on and about a Mobius strip.