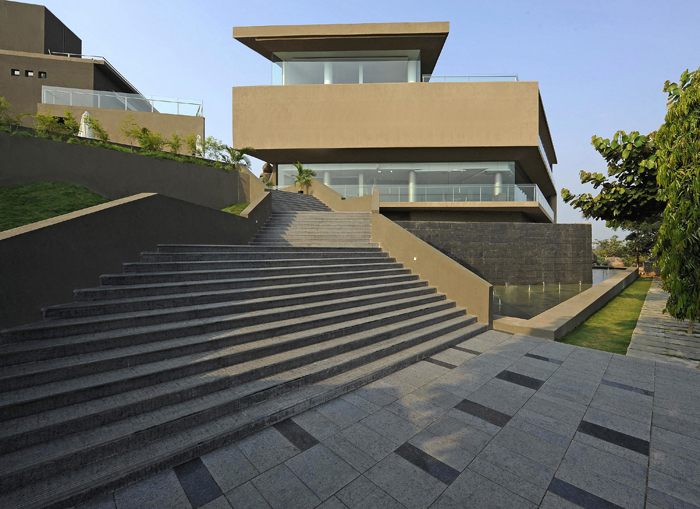 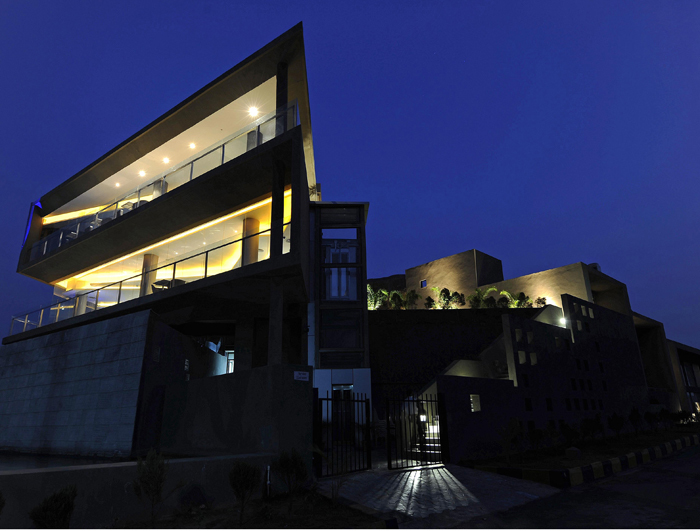 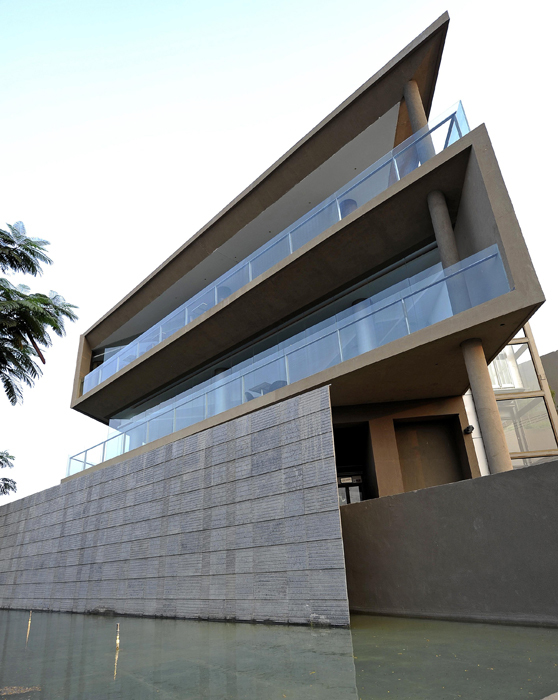 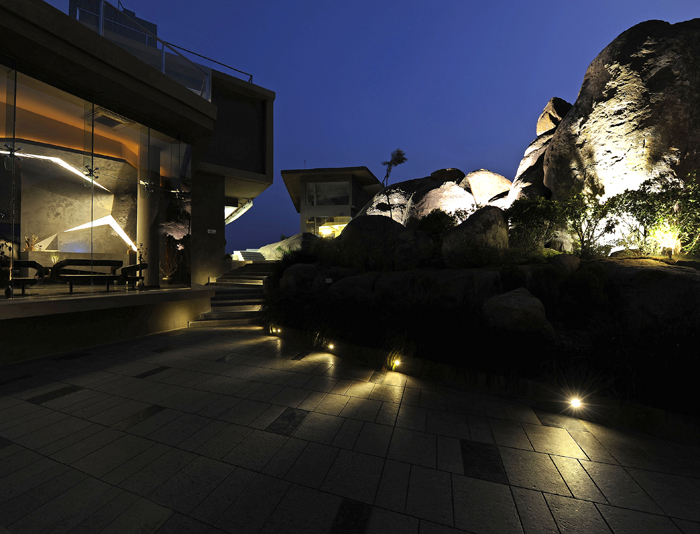 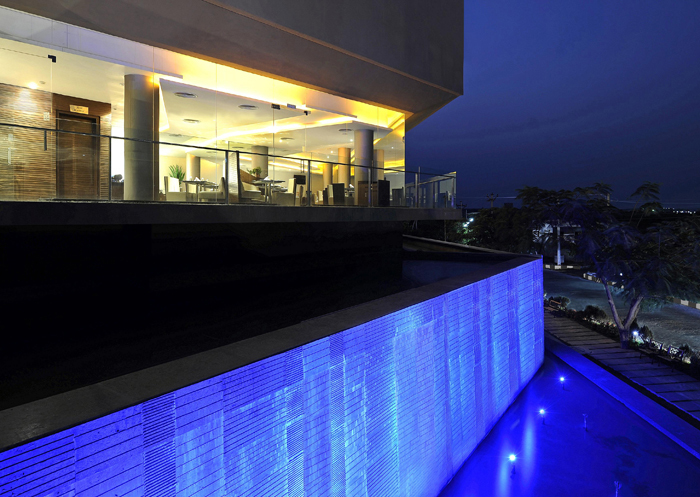 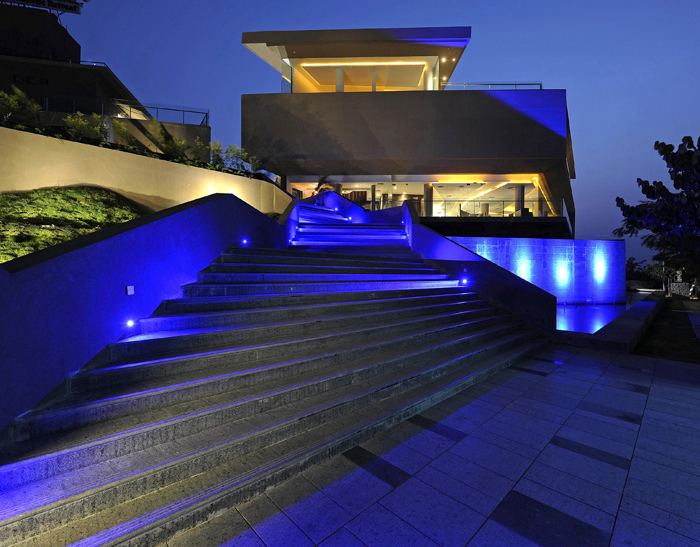 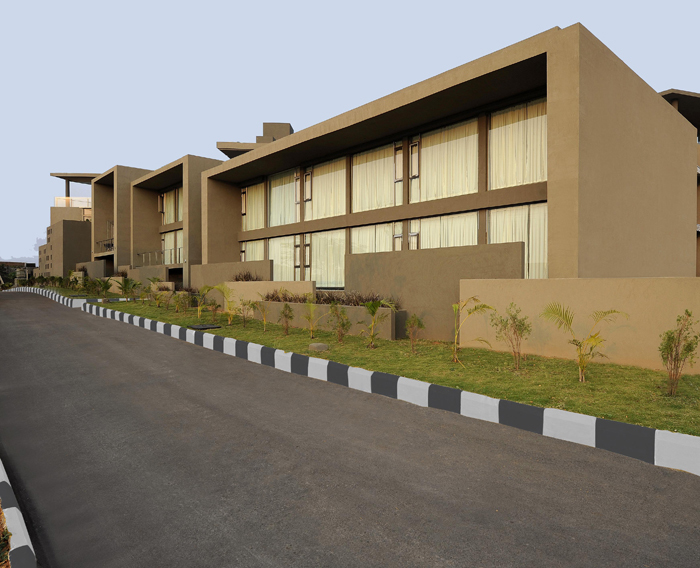 Fifty Feet High Boulders Sit in the Centre of This Small 1 Acre Site That Rises up Steeply from All Sides With a Thirty Feet Level Difference from the Edges to the Centre. Skirted by Small Roads on All Sides, the Site at Its Highest Level Enjoys Unrestricted Open Views in All Directions While Being Picturesque in Itself With the Sculptural Formation of Large Boulders Traversing the Site.

the Client's Requirements Were to Create a Midscale Small Resort Hotel With the Rules Not Permitting a Structure of More Than 2 Levels. 27 Residential Rooms Are Created in 3 Linear Blocks on One Side of the Plot Stepping Down Along the Natural Slope of the Site.

Service Areas and Food & Beverage Spaces Including a Restaurant, a Bar and a Sky Deck Are Grouped Together Occupying North West Coerner of the Site. A Heatlh Club & Gymnasium Form Another Small Building on the East Side of the Plot While a Confrencing Facility Is Created Ina Separate Small Block.

To Preserve Each of the Majestic Boulders That Predominantly Occupies the Central Portion of the Small Site, the Design Creates a Series of Spaces Fragmented Around the Boulders. This Allows the Built Space to Be Seen As an Assemblage of Small Blocks Interspersed With the Boulders While Creating Spaces That Enjoy Uninterrupted Views of the Natural Surroundings on the Outside by Elevating Them and Interesting Views of the Sculptural Boulders on the Inside. the Interspersed Rectilinear Built Spaces With the Natural Boulders Create Interesting Juxtapositions and the Internal Spaces Within the Plot Are Perceived in Varying Compositions from Each Functional Part of This Small Hotel. the Design Thus Retains the Natural Landscape of the Site in the Entirety With Minimal Intervention by the Built Forms That Contrast in Their Linearity With the Verticality of the Boulders on Site Creating a Movement Pattern That Constantly Allows One to Feel the Natural Surroundings Both Within the Site and the Surroundings.