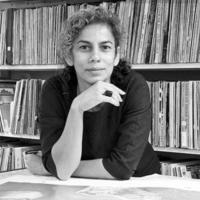 Anupama Kundoo graduated in 1989 from the University of Bombay and practiced as an independent architect in India since 1990 producing a number of award-winning projects in which sustainable building technologies and infrastructural systems were developed as an integral part of the architecture, which have been extensively featured in international publications.

She also contributes to architectural thought through her extensive writings and has recently authored the book, ‘Roger Anger: Research on Beauty’ and is currently working on her next book ‘Building with Fire: Baked-Insitu Mud Architecture’ Anupama Kundoo currently teaches at Parsons The New School for Design in New York.