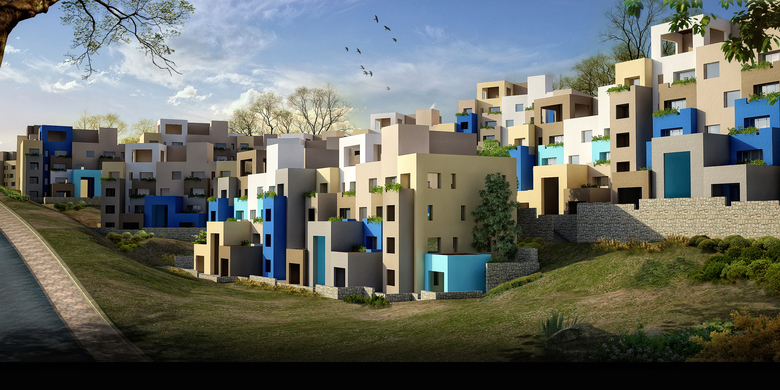 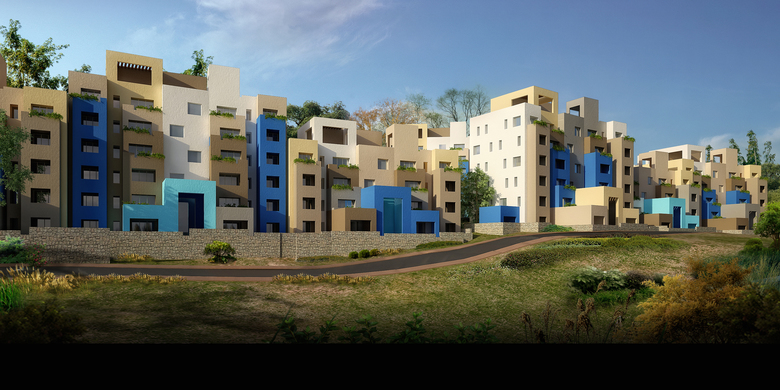 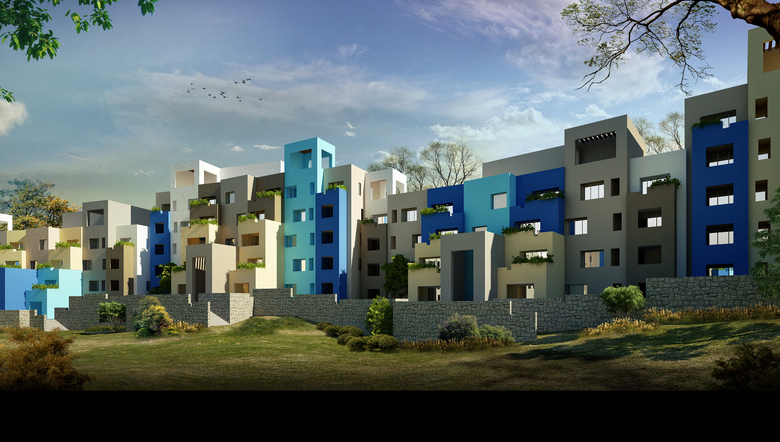 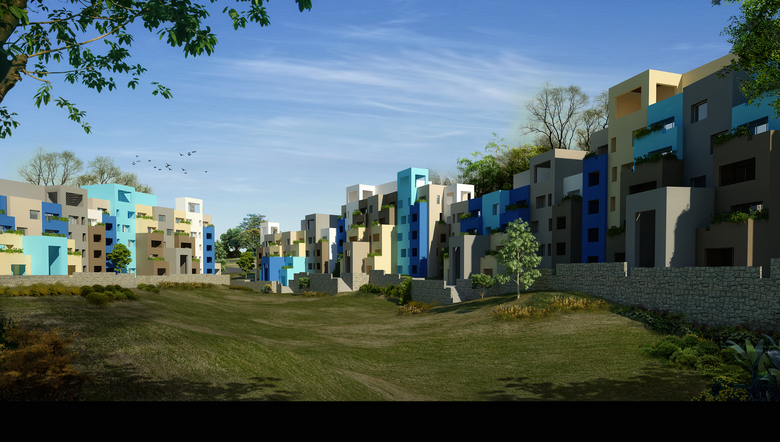 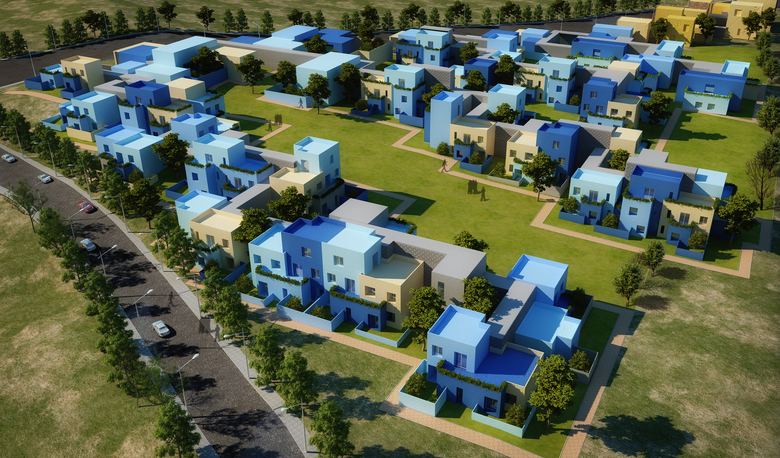 This large residential project in Rajasthan in India imbibes the traditional character of the earliest settlements in the region creating a cost effective and climate responsive housing development. Designed for a large cement manufacturing company the residences are of varying sizes in response to the client’s brief and include 2 bedroom, 3 bedroom and 4 bedroom apartments and villas. In addition, studio apartments, guesthouses, school, hospital and training facilities are provided for. While the southern portion of this 100 acre site is relatively flat, the northern part is contoured with 12 metres variation in the ground level that is undulating in all directions creating a series of little hills and valleys.

The southern part houses the common facilities since they were required to have external access and the main access to the site is from the south east. A school, temple, hospital and a training centre occupy the southern part of the site in an organic rectilinear layout reminiscent of the historic forts that this region is famous for. The entire southern face is created with a thick local stone wall to reduce the heat gain from the southern side and allude to the historical architecture.

Internally each facility is fragmented into a series of rectilinear volumes interspersed with open and enclosed courtyard spaces alluding to the traditional architecture of the region that creates cooler naturally ventilated internal spaces. The studio apartments and guesthouses are designed similarly with a variation in volumes that are all north oriented and form a collage of rectilinear volumes from within as well as externally.

Each of the residential blocks too, designed in structures of 2, 3, 4, & 5 levels are fragmented to create series of volumes interspersed with landscaped spaces creating an organic series of built forms like the traditional cities of the region. These are coloured in the traditional lime plaster in varying hues of blues and yellows. The layout of apartments are done along the existing slopes of the site with minimal intervention creating north , north east and north west facing apartments in the entire layout.

A large wedge shaped central garden space is created on the northern face of the site flowing into smaller landscaped spaces between the buildings. The lowest land levels of the site along the north west are developed as a series of deeply recessed lakes to allow rain water harvesting and are created in the traditional stepped well design with spaces to sit along and reduce water loss by evaporation.

Heritage Residences imbibes the traditional character of the old towns as well as the design principles of traditional Indian architecture of its region to create a sustainable contextual design solution.