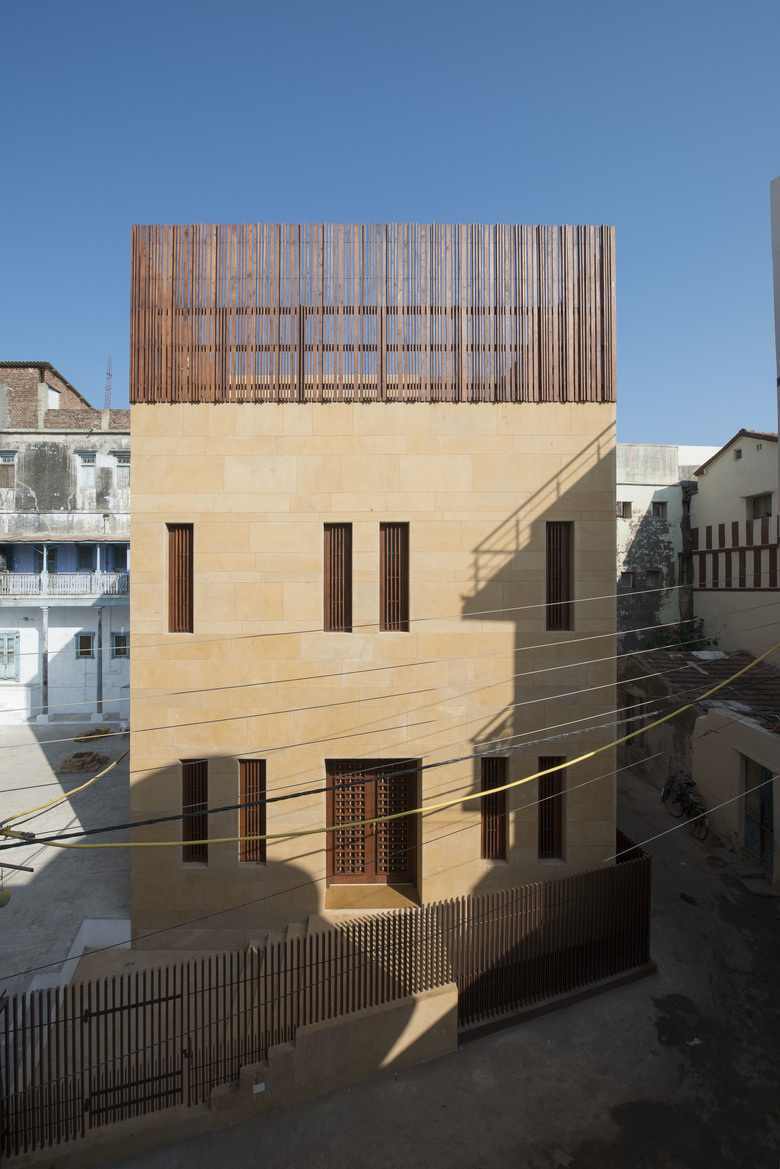 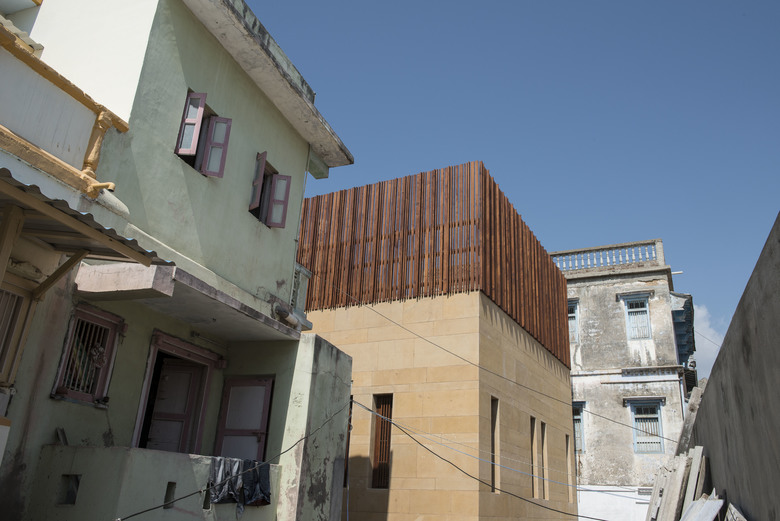 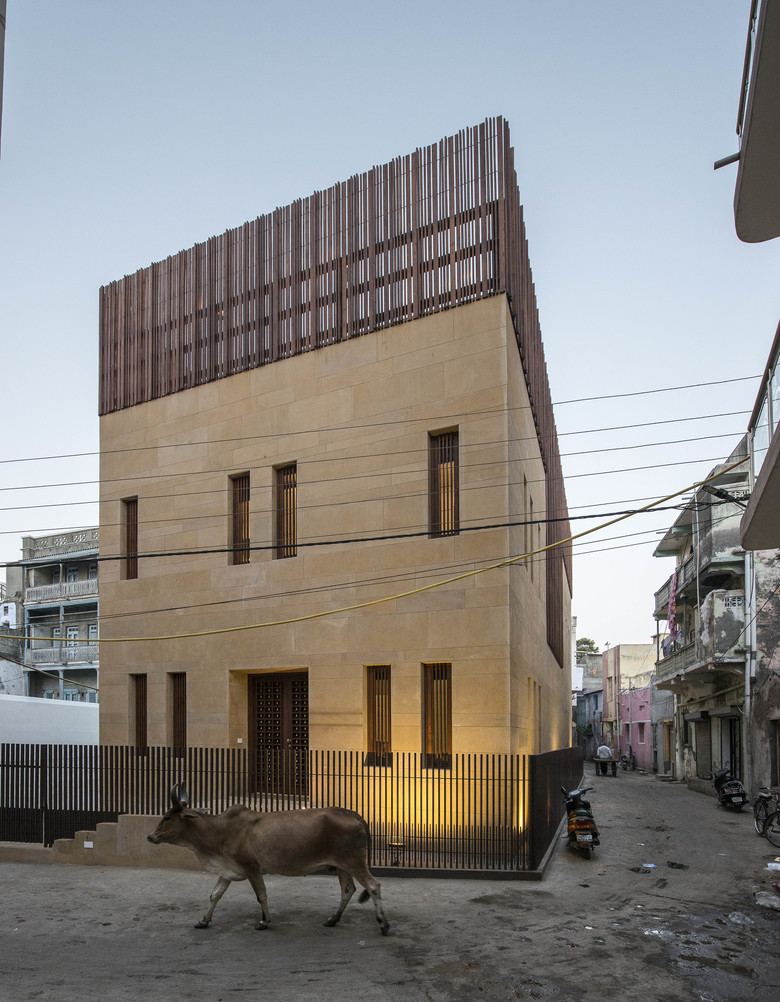 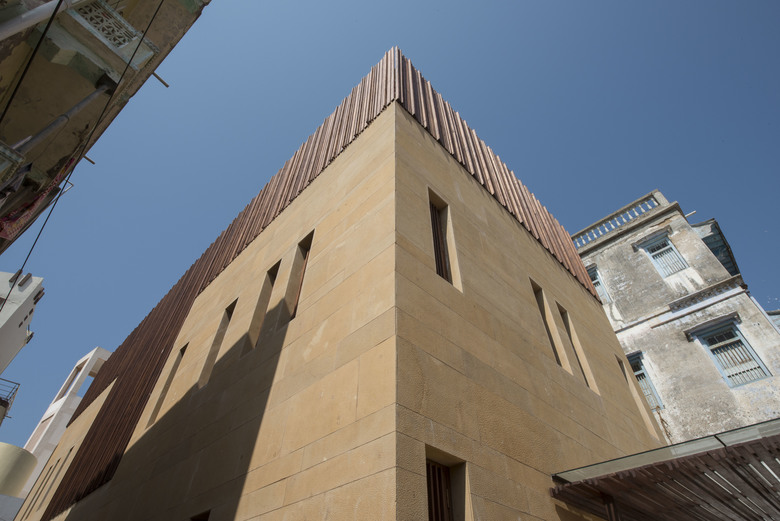 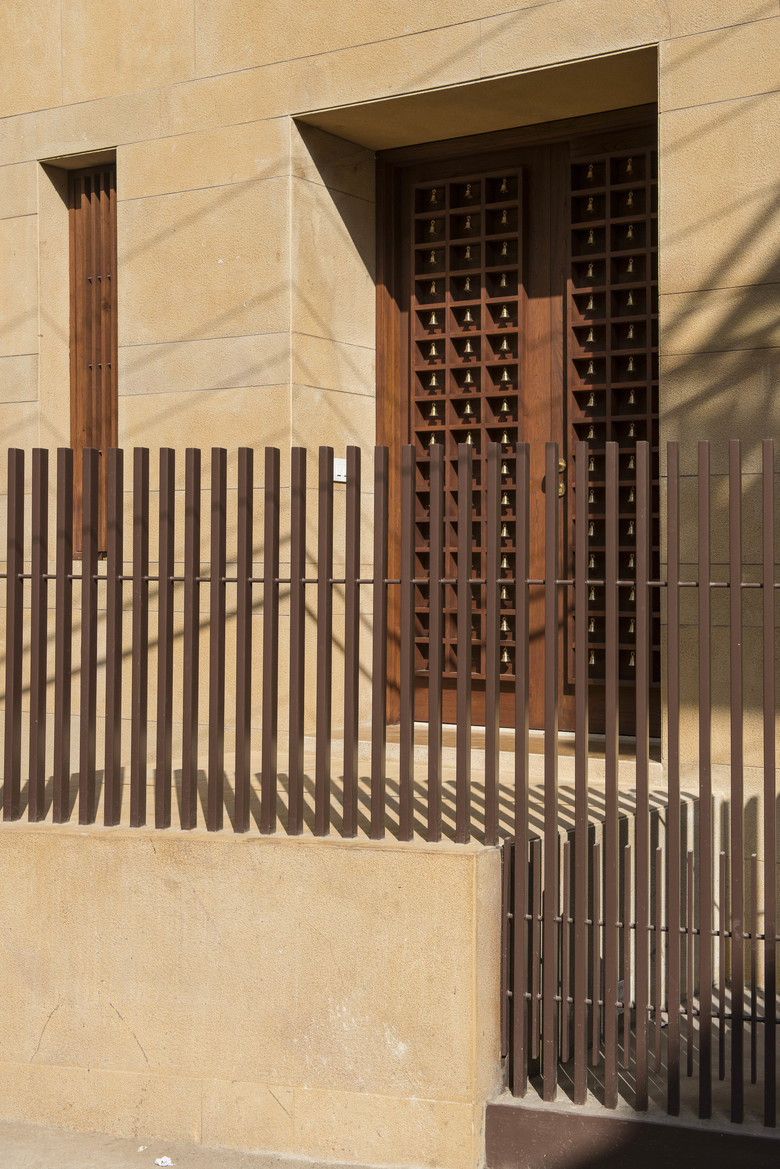 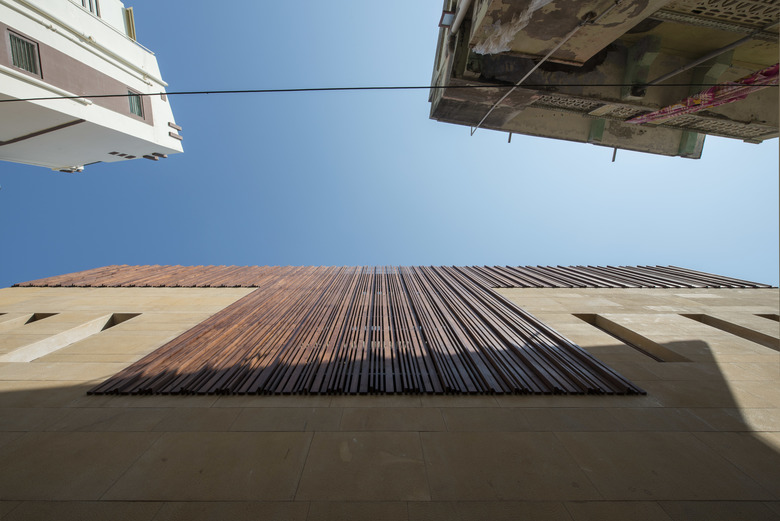 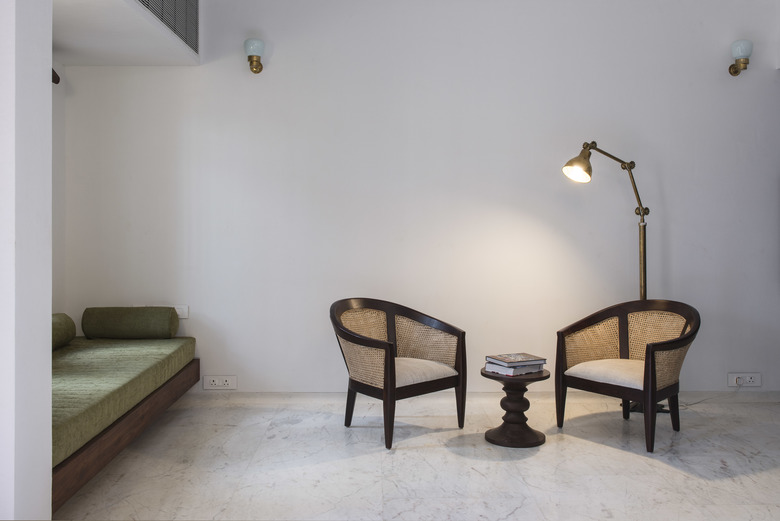 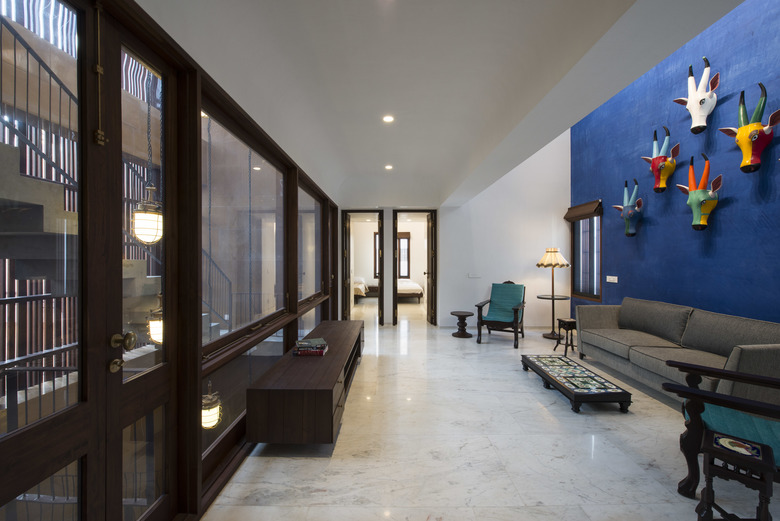 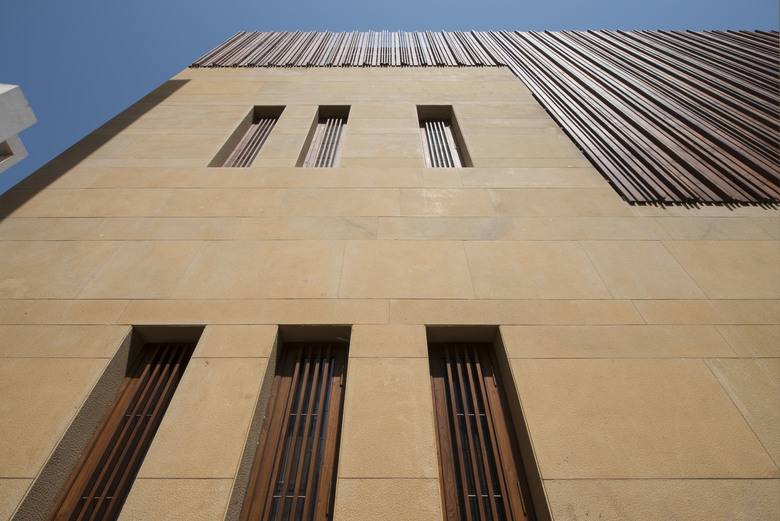 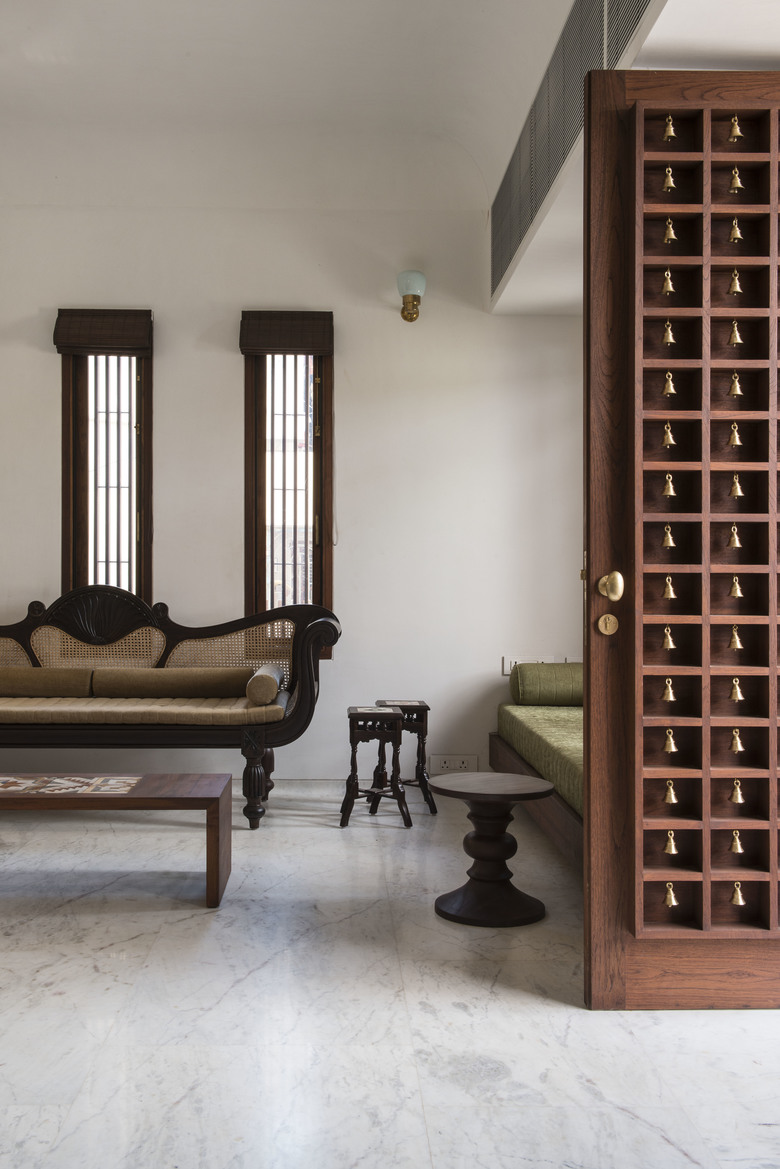 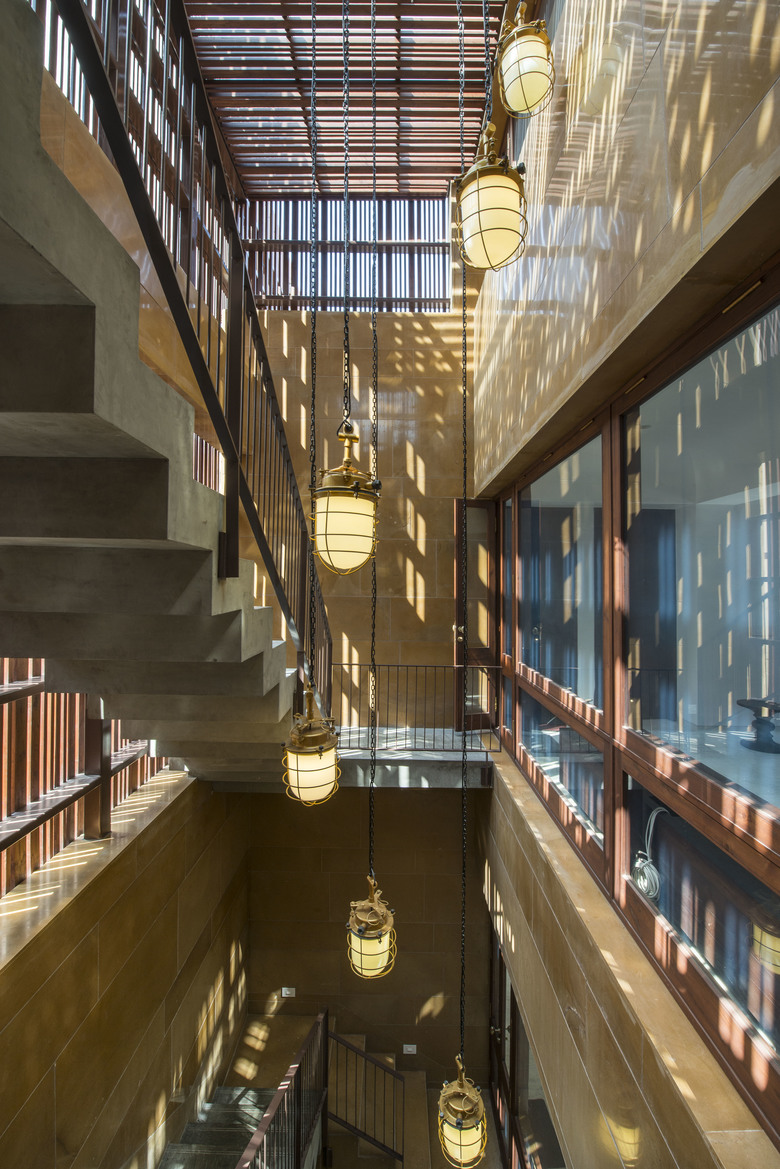 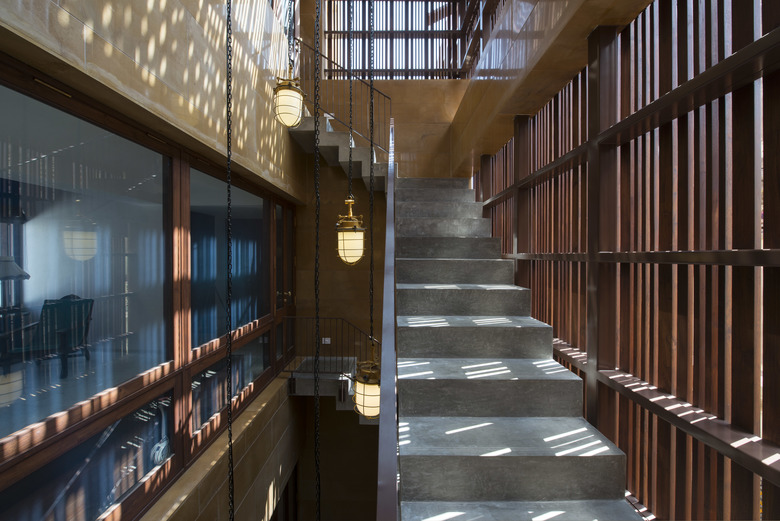 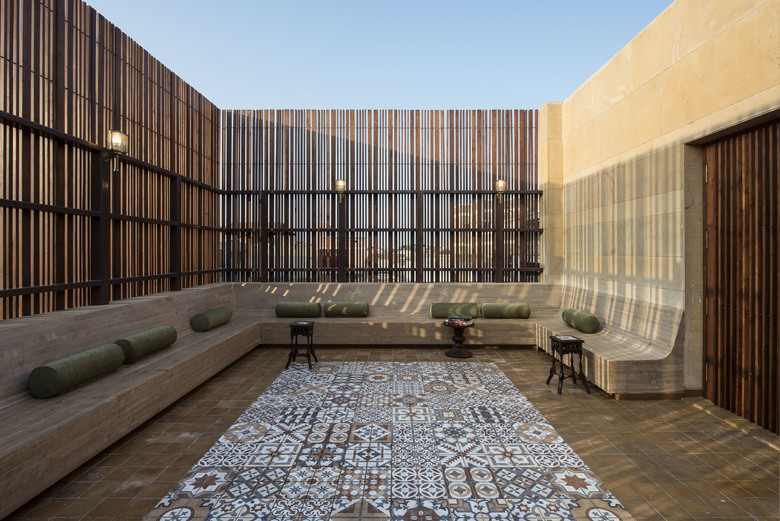 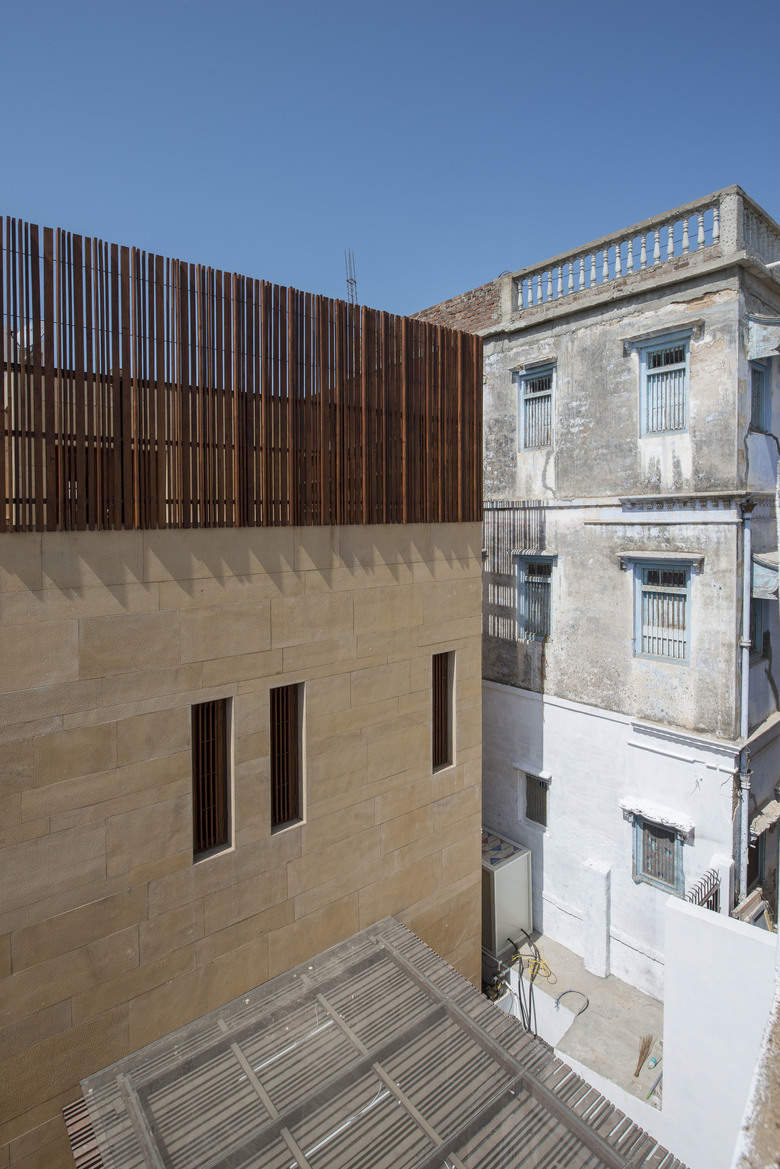 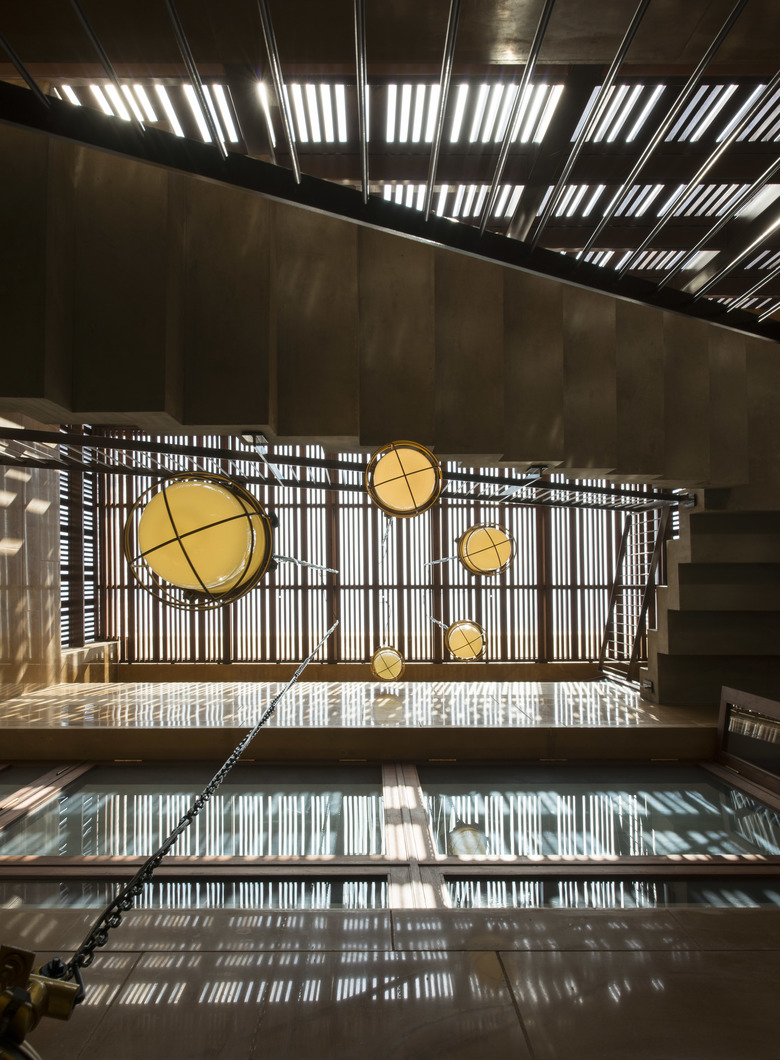 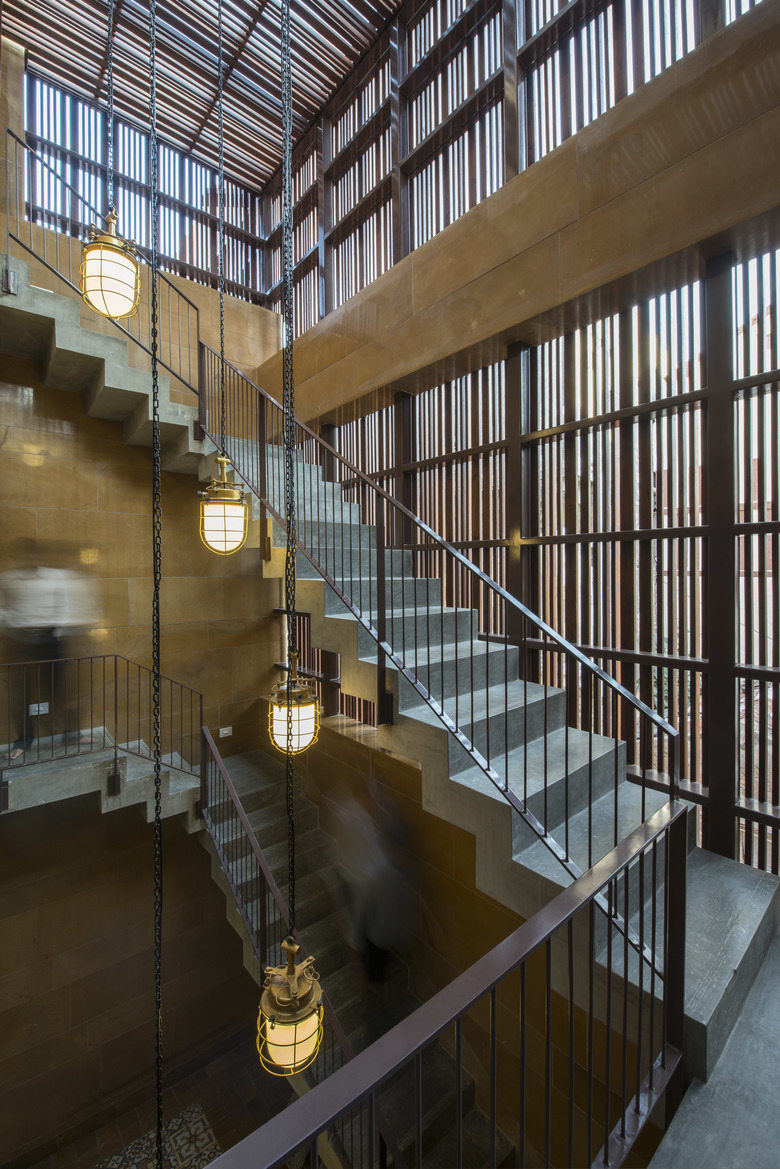 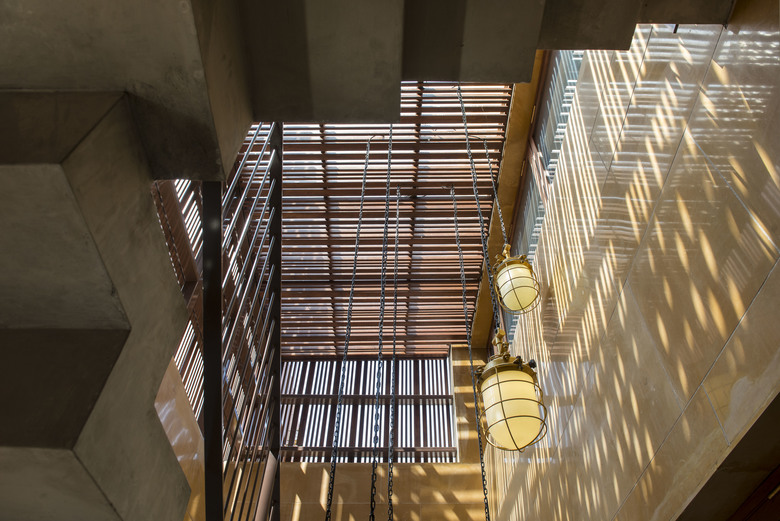 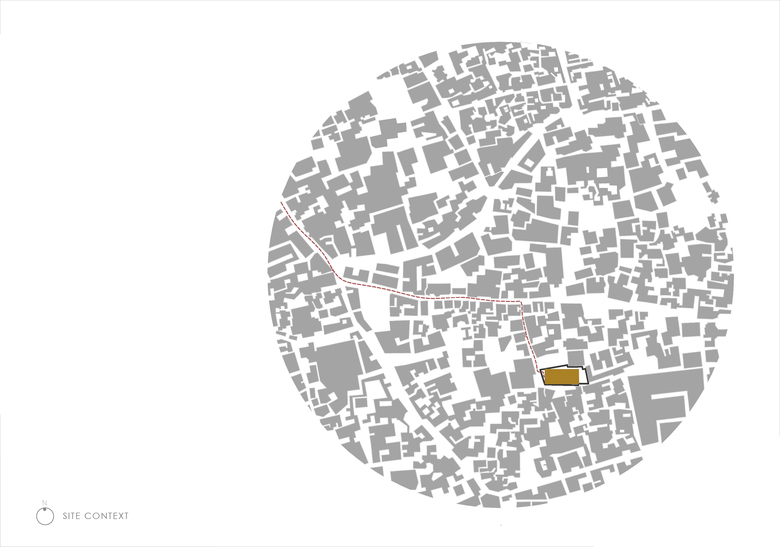 Being the birth place and sacred hometown of the family, in Kutch – Gujarat, Mandvi holds a special place in the hearts of the clients.
SPASM was already working on another project for the clients hence understanding the needs of the family was easy. Located in the inner city of Mandvi with very narrow streets, with hardly any view around, the house was visualised as an introverted object drawing light mainly from the sky.

Traditionally the houses in Mandvi have been built of load bearing walls and timber. The choice to build out of a concrete frame was made due to seismic reasons. The studio visited many homes in the neighbourhood and the resultant design seeks to replicate the sense of space, light quality and intimacy of the homes which exist around.

The body of the building is completely clad in locally procured ‘KHAVDA’ stone, in a worn and pitted texture, echoing the worn building bastions of what used to be a major port in Gujarat of the yesteryears.
The floors in the house throughout are white ‘Bhaswara’ marble from neighboring Rajasthan and the walls and ceilings are seamlessly rendered in cool white lime plaster.

The house is self-contained and compact at the lower level as a response to Mandvi’s extreme climate while the rooftop has been treated to provide the much needed sense of openness and release.

The timber jaali wraps around the terrace to create an intimate lounging space for cool evenings, from where one may gaze out at the spectacle of the Kutch sky. The blue of the sky bleeds into the gaps between the timbers of the vertical jaali, akin to the balustrades of the neighboring homes.

A video expresses the cacophony of the thin, winding streets of inner cities, of the area, specifically of the Kutch region. Arrival into the coolth of the home heightens the sense of peace and respite from the hustle and bustle around.