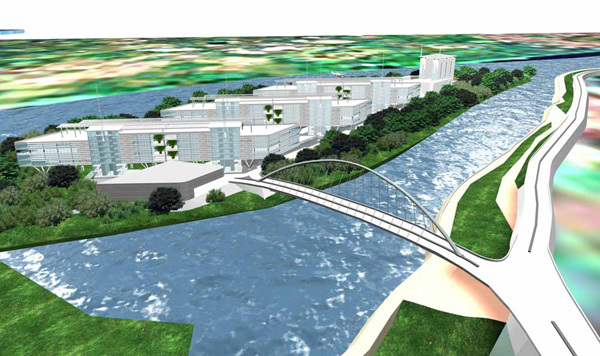 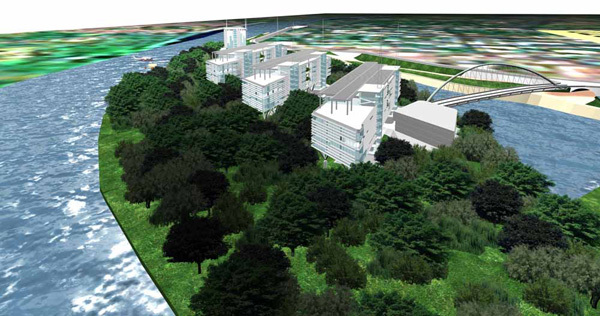 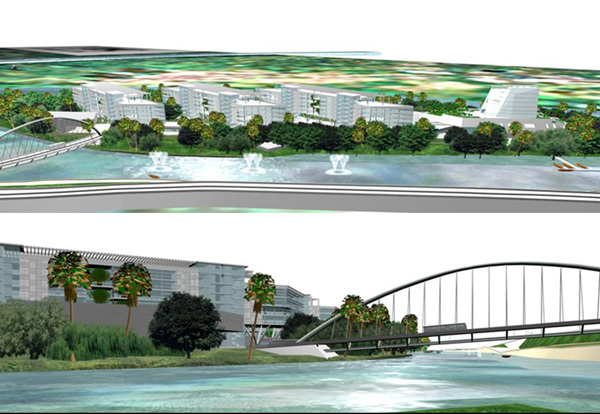 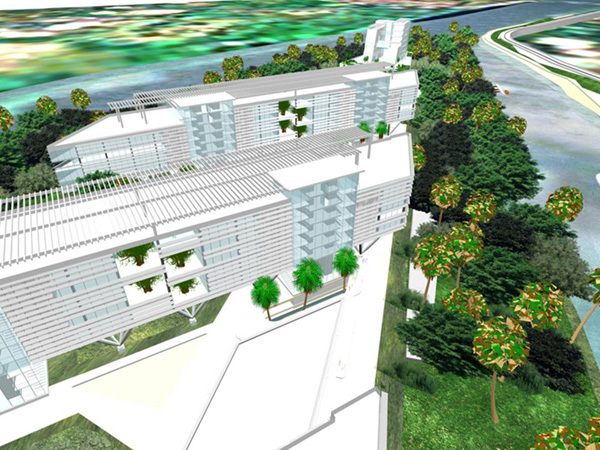 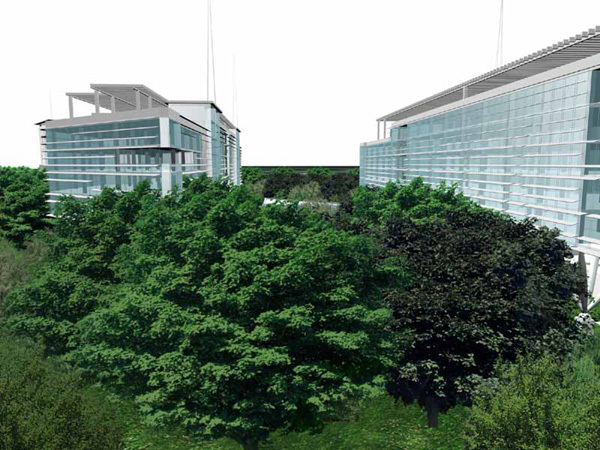 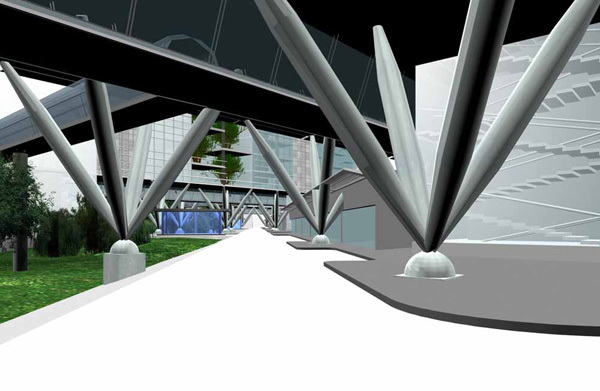 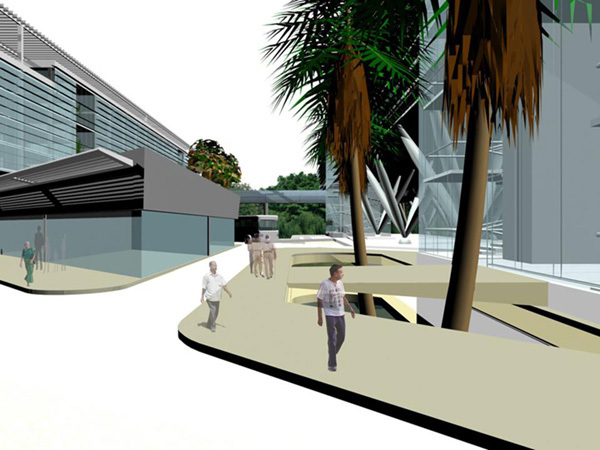 A green development for a 33 acre island in the heart of Pune City. This is an ambitious project looking at thedevelopment of a virgin island, located at the confluence of Pune city’s two rivers- the Mula River and the Mutha river. The program involved mixed use development having a program mix of IT buildings, A five start hotel, a retail commercial strip having a cinema hall at one end and a convention center at the other. Only 5% of the land is above the high flood plain and this was the occupied by retail component. The main buildings are lifted off the ground to keep clear of the flood waters. The project was designed to meet LEED platinum rating and all the blocks were oriented such that the long faces were oriented to the north and south faces. The spaces between buildings are modelled such that every inch of land gets sunlight for at least two hours in the day- ensuring good growth of natural vegetation. A new bridge would bring people intot he island and this was seen as a “pedestrian only” space with all private vehicles moving directly to basements. The project also looked the redevelopment of the river front of Pune to really give the waterfront back to the city.

Other Projects by _OPOLIS

House on The Ridge