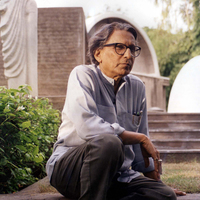 After initial study at the J J School of Architecture, Bombay, he worked for four years with Le Corbusier as Senior Designer (1951-54) in Paris and four more years in India to supervise his projects in Ahmedabad. His office Vastu-Shilpa (environmental design) was established in 1955.

Dr Doshi has been a member of the Jury for several international and national competitions including the Indira Gandhi National Centre for Arts and Aga Khan Award for Architecture.

As an academician, Dr. Doshi has been visiting the U.S.A. and Europe since 1958 and has held important chairs in American Universities.

In recognition of his distinguished contribution as a professional and as an academician, Dr. Doshi has received several international and national awards and honours. 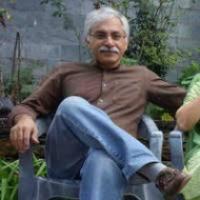 Rajeev Kathpalia was born at Roorkee, India in 1958. He is a Graduate of the College of Architecture, Chandigarh 1979 and of Washington University at St. Louis, 1984 with a Masters Degree in Architecture and Urban Design. He has Worked in Delhi, Kuwait and St. Louis, U.S.A. and currently practices from Ahmedabad.

He co-founded Mansar with Radhika Doshi in 1987. Mansar - is a Fusion of two Sanskrit Words, Mana Proportions and Sara - essence - A design Laboratory for experimenting with architecture, urban design, fashion, photography and exhibition design. The practise is the recipient of JK Cement’s 1993 Commendation Award and has won several national design competitions, Notable being the all India Mass housing scheme for CIDCO in 1988 and Urban Design Guidelines for part of Navi Mumbai in 1998. Mansar’s Works have been recognized and published in several journals within India and abroad. Since 1995 Mansar has been amalgamated with Vastu Shilpa Consultants, a partnership between the two principals of Mansar and Dr. B V Doshi.

His ongoing projects include large urban design and planning projects, including revitalization of the historic core of Hyderabad and very high density low income urban mass housing. Architectural projects integrating conservation and recycling of fast depleting water resources is another area of his exploration. He is visiting faculty at the School of Architecture and the Urban Design program at CEPT, Ahmedabad. He has also taught at the Urban Design program, School of planning and Architecture, New Delhi. His Concerns on the unprecedented and uncoordinated urban growth in India have lead to his conducting multi-disciplinary design exercises with planning, urban design, architecture and landscape students within the theme of In search of India’s future Cities. 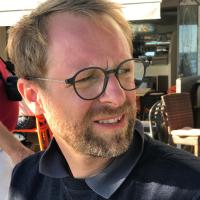 Sönke Hoof, born in 1974, is a graduate of the TU Stuttgart, Germany.

Prior to his architectural education, he studied carpentry, working mainly on customized furniture and hotel interiors.

He participated in the first VSF International Studio in 2003, where he had his initial experience with slums and squatter settlements. Being interested in different construction techniques, he returned the same year to work on his diploma thesis. His project, named “Masala Housing” was based on the recycling of waste as building materials in Indian slums. Parts of it were published by the German architecture magazine DETAIL in its issue “Einfaches Bauen” (simple construction) in 2008.

He joined Vastu Shilpa Consultants in 2004 and has contributed to a variety of projects. He became a partner of VSC in May 2008. 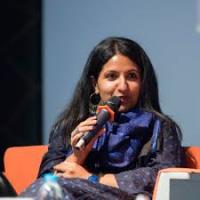 Khushnu Panthaki Hoof is a member of the Indian Institute of Architects. Born in Ahmedabad, she graduated as an architect from the Centre of Environmental and Planning Technology – CEPT University in 2004. Her research thesis was based on the ‘Synesthetic Experience of Architecture.’

She has been associated with Vastu Shilpa Consultants and Vastu Shilpa Foundation for Research and Environmental Design since 2003. 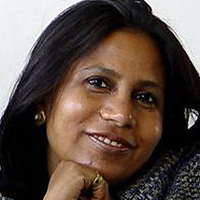 Radhika Doshi Kathpalia is a member of Indian Institute of Architects. Born in Ahmedabad in 1959. She graduated from the School of Architecture, CEPT- Ahmedabad. She has also done a Short Term Fashion Design Course from National Institute of Fashion Technology, New Delhi and practices as an Architect and Fashion Designer. She was the founding partner for Mansar. This practise has won several national design competitions, the most important being a Mixed Income Housing Scheme by CIDCO for Kalamboli, New Bombay. It has also been the recipient of the JK Cement commendation award, 1993. Mansar’s works have been published in several architectural journals from India and abroad. Since 1995, Mansar has been amalgamated with Vastu Shilpa Consultants, a partnership between the two principals of Mansar and Prof. B. V. Doshi.