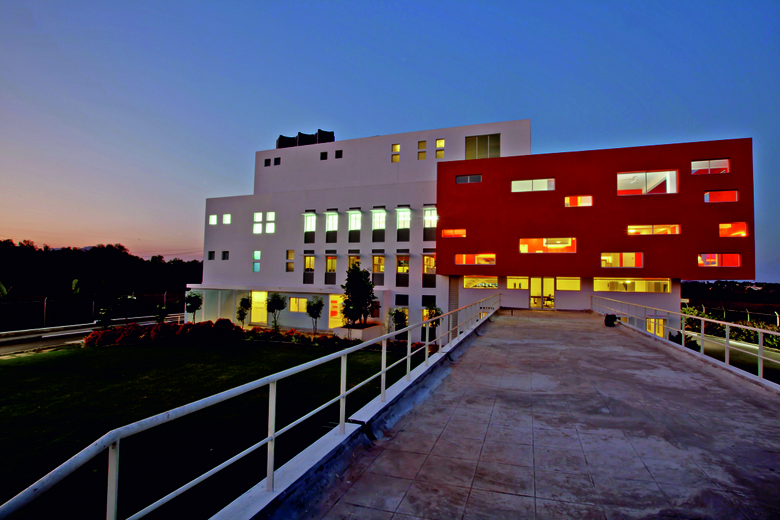 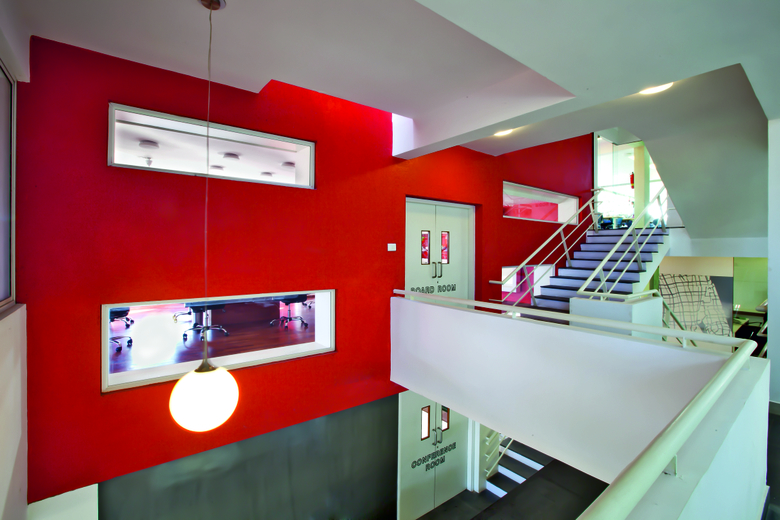 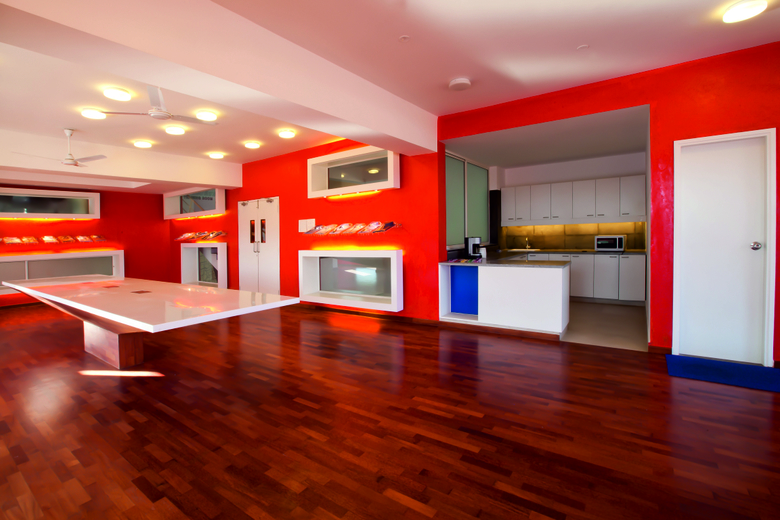 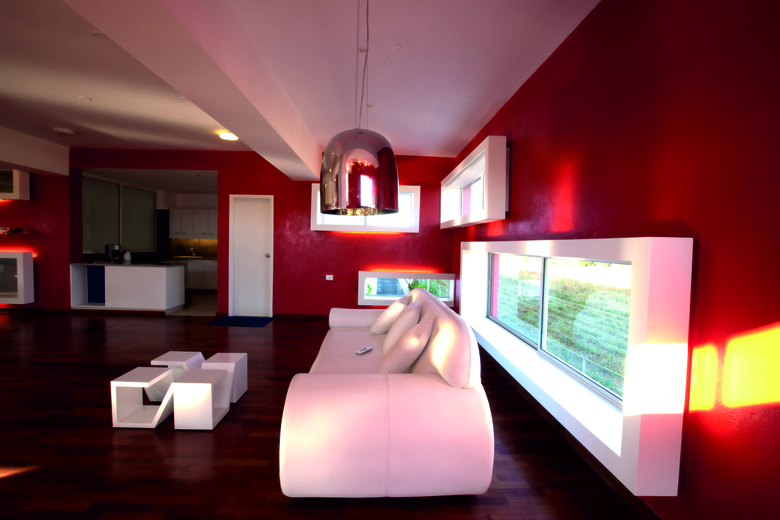 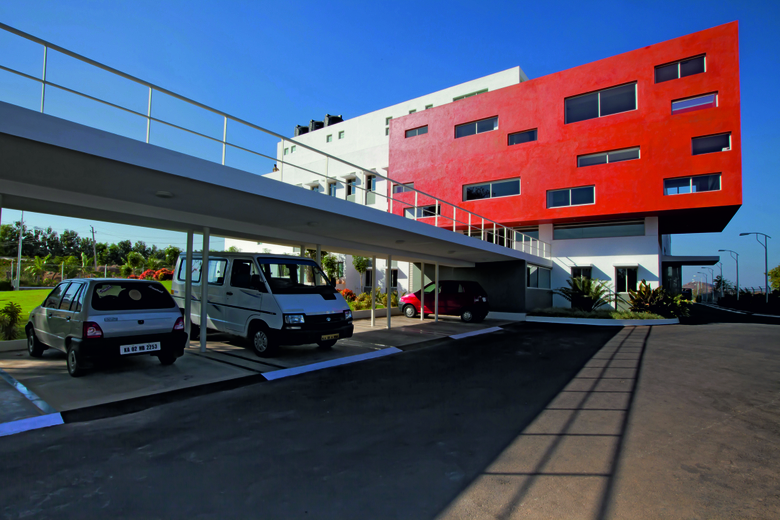 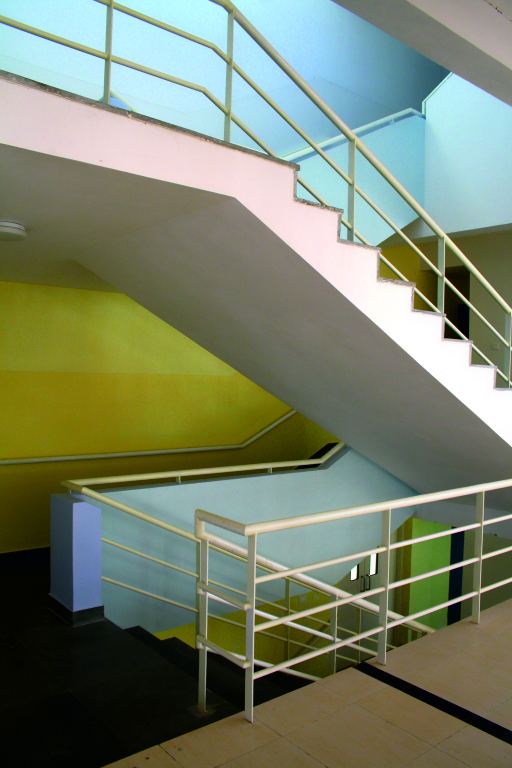 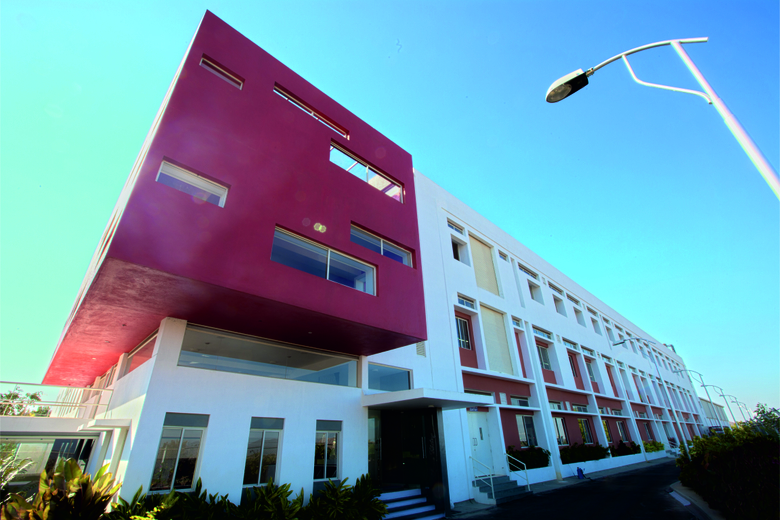 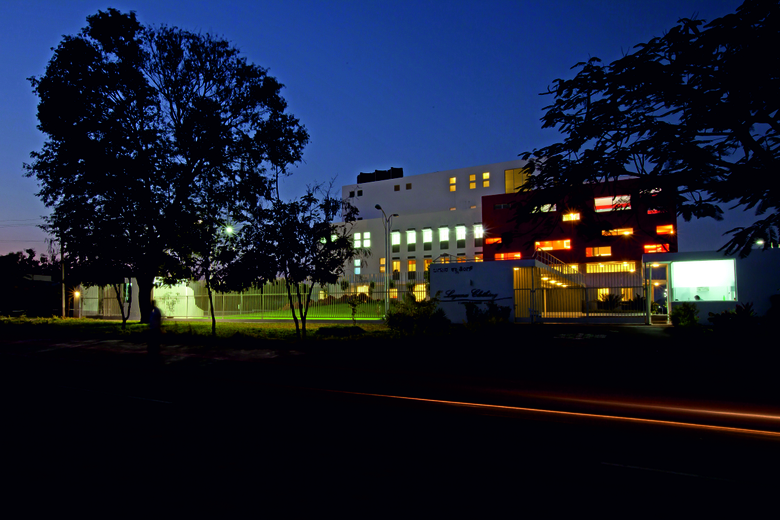 After functioning for three years in Bangalore with some success, Laguna planned to invest and build its own factory in Kanakpura, 65 kms from Bangalore City.

The plot, a long linear one was chosen for a factory, which required linear work flow for its efficiency.

THE BRIEF:
The garment industry functions on pure economical decisions the world over. The project had to be low cost. Along with being low-cost, it however had to engage and represent its world class lineage. The brief of a factory is generally derived from its work flow. A lot of time was spent in stream-lining its work flow and processes.

Lastly, the factory would employ 1500+ workers, special importance was given to them and their working conditions. All of which would help in the efficiency of the factory.

THE CONCEPTS AND DERIVATIVES:
The concept in design came exclusive of the brief. The satire came from this event of a French + Italian company choosing to meet in a factory in rural Karnataka. The main building’s form of the ‘Red Box’ which holds the board room and the executive guest house, comes as a representation of these foreign agencies, detached and yet integrated to the main form of the building which represented the host. The ‘Red Box’ comprises of less than 5% of the volume of the building, but yet is integral to the image of it, just like the global economic conditions behind this.

The factory also looks to change the relationship of the staff and the workers. The building at the entry is set low to allow for a less intimidating entry for the workers. The front garden areas are given to the worker areas like crèche, medical center and children’s play area, which allow them to become the face of the factory.

The edge of the administrative block and the factory have no walls. In fact the entire edge is open to allow for transparency. The administration block in fact becomes an animated stage for the factory workers as they see the activity along the staircase and circulation spaces.

Along with the above, special attention was given to worker comfort, like natural light and ventilation, bright and airy spaces, etc. The factory uses colour to represent movement on walls and faces almost as a method of signage.

The factory also at an ecological stand point, does not pollute, it recycles all of its water and uses minimal amount of energy for all its processes. The factory has been recently been awarded by the Economic Times for its holistic quality of functioning.