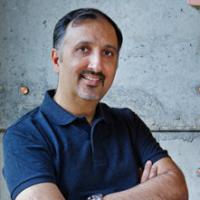 Sandeep developed a philosophy and design language which is still 20 years later, at the core of the firm’s vocabulary and approach.

Sandeep has been a speaker at several international design conferences. Some of these include Kyoorius Design Yatra, Goa, 2011; 361 Degrees “Architecture of Purpose”, Mumbai, 2013; India Design ID, New Delhi, 2013 and 2019; Institute of Contemporary Arts, London, 2004; AD Power Talks 2018. He was a judge and speaker at the INSIDE World Festival of Interiors, Singapore 2014, and presented the firms’ work at the ArchMarathon Awards, Milan 2014. 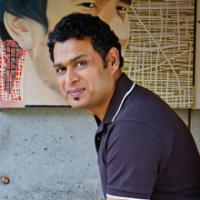 Amaresh studied Architecture at the BMS college of Engineering, Bangalore.

He joined the firm very early in his career in 1998 after interning with some of the other prominent architectural voices in the city. Over the past 15 years he has been integral to the evolution of the firm. He became an Associate in the year 2000 and is currently a Principal at Khosla Associates.

Amaresh’s eye for design detailing and expertise in construction technologies has enabled interpreting the firms’ vocabulary in new and innovative ways.

Amaresh was awarded the Inside Outside ‘Designer Of The Year’ 2010 along with Sandeep. He was also the ‘EDIDA’ award 2011 winner in the furniture category for the ‘Teapoy table’ along with Sandeep and Tania Khosla.