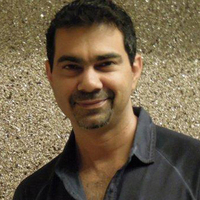 Graduated from the Academy of Architecture, Mumbai in 1988 and established his firm SANJAY PURI ARCHITECTS in 1992. Completing an extensive range of projects including townships, software parks, residential buildings, retail malls, hotels and entertainment centers, the firm strongly believes in exploring new territories of design. Having already executed projects totaling over 40 million sq.ft. the firm is currently involved in over 200 projects totaling over 50 million sq.ft. Their works have been extensively featured in Indian and International design magazines with over 50 International publications in the last year featuring their work. Sanjay Puri has lectured at over 100 Indian institutes & conferences and has been a judge at the World Architecture Festival, being the only Indian architect to do so. In addition he has presented lectures at Barcelona, Belgrade, Milan and Mexico.