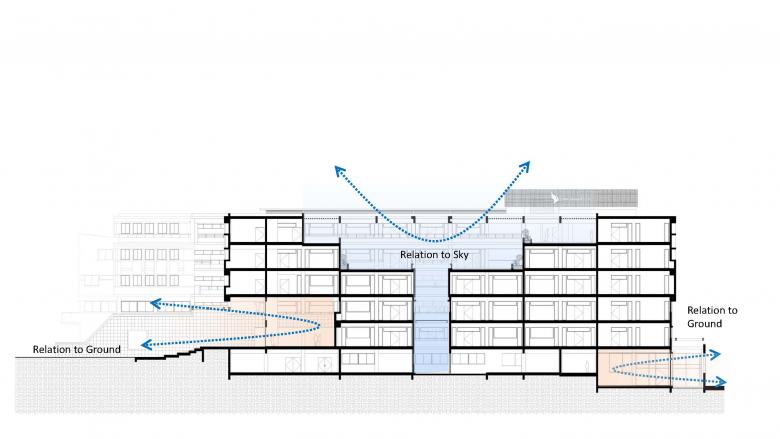 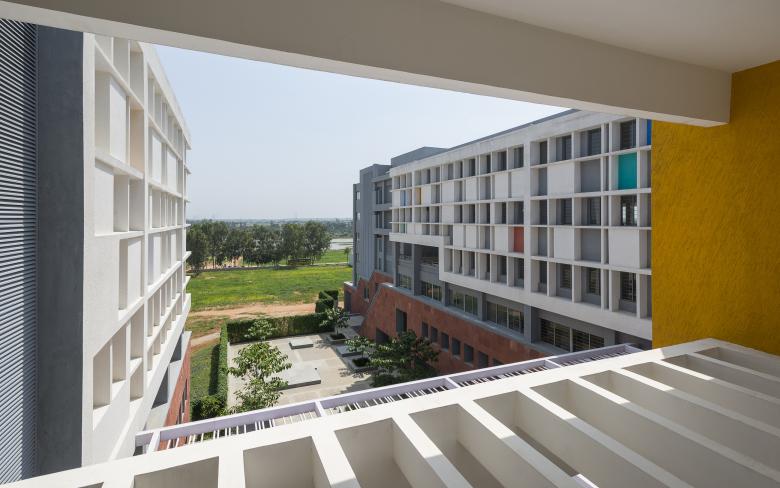 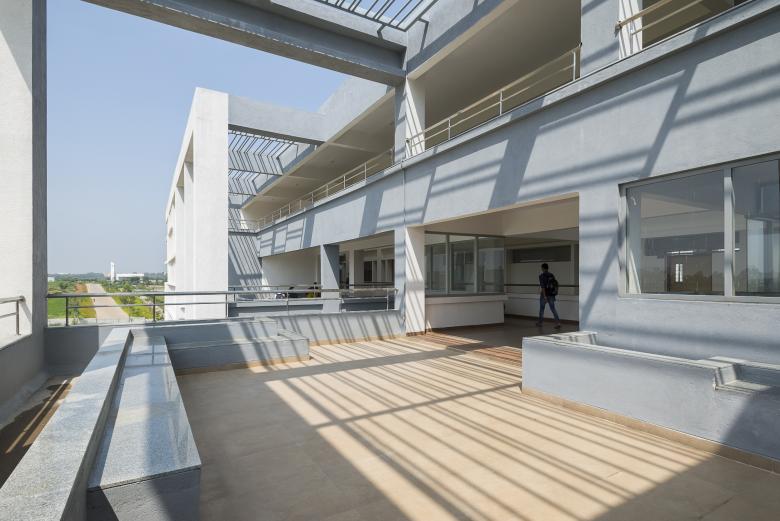 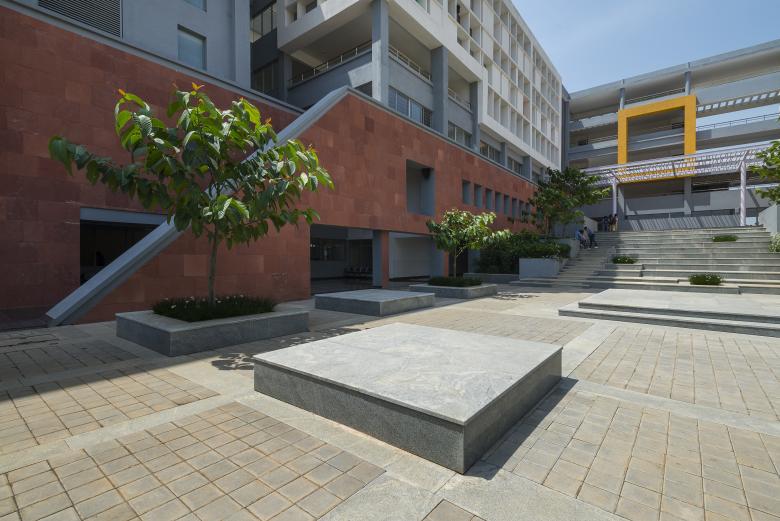 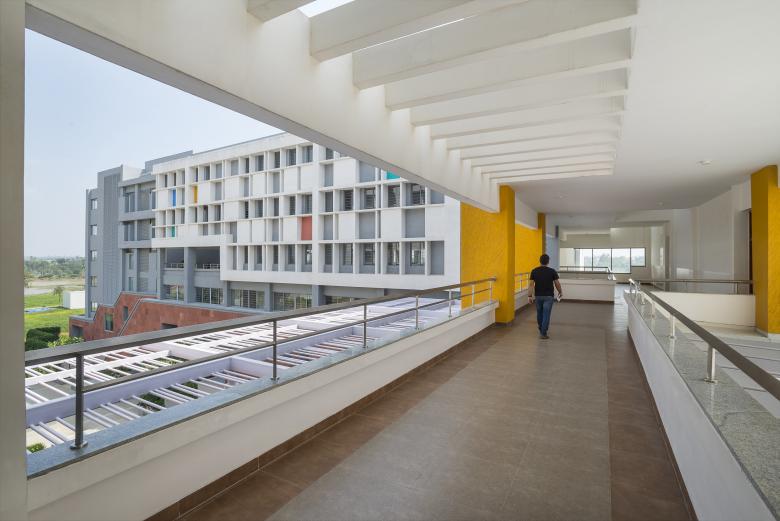 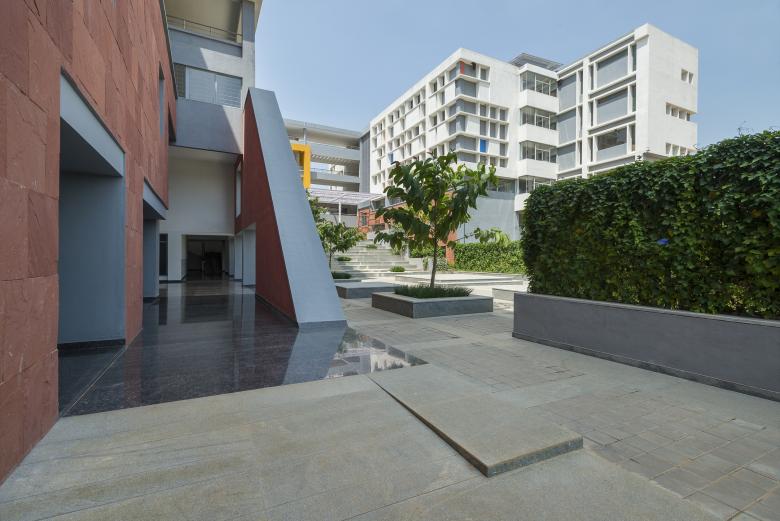 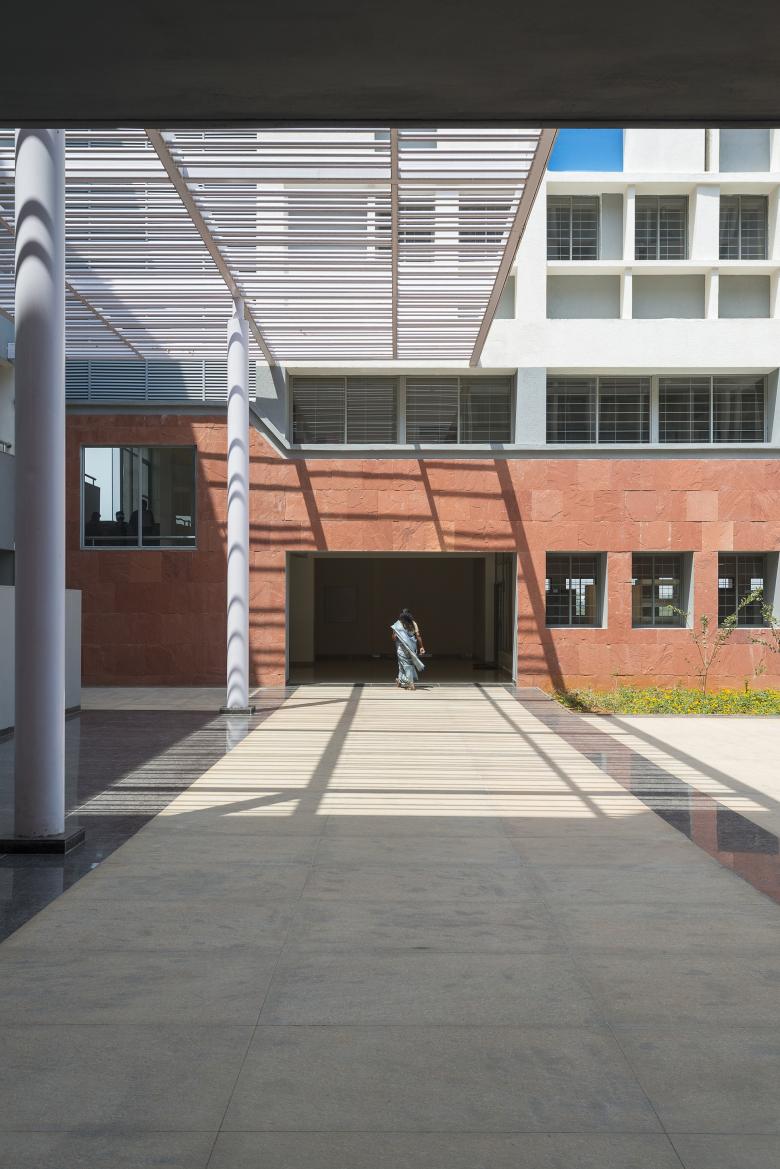 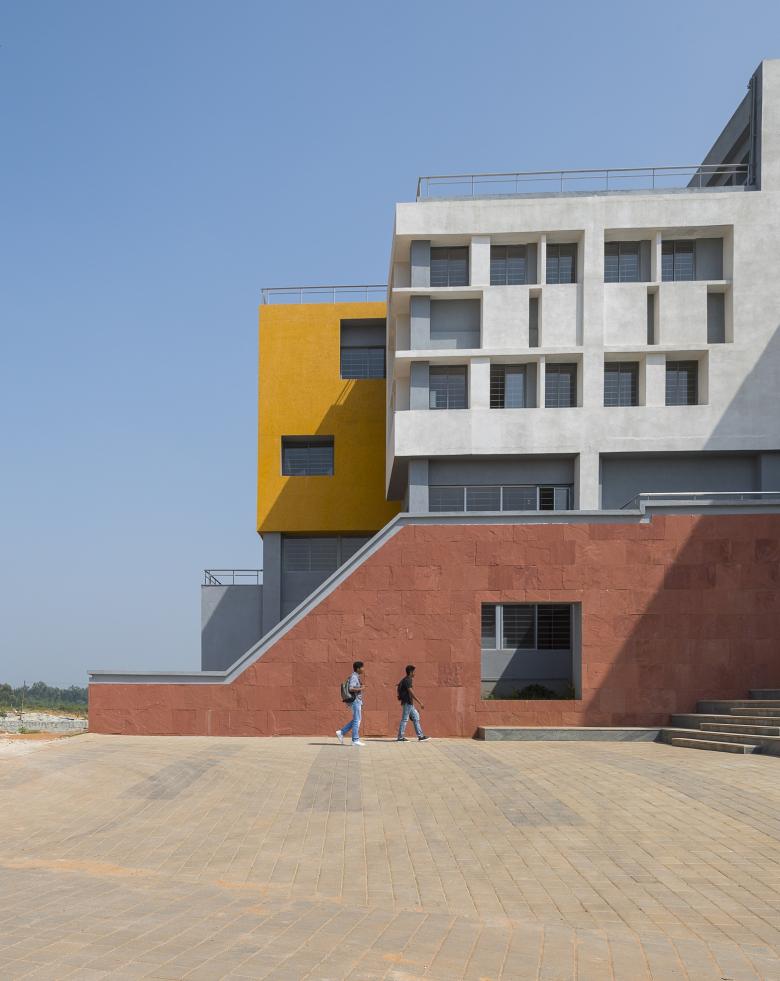 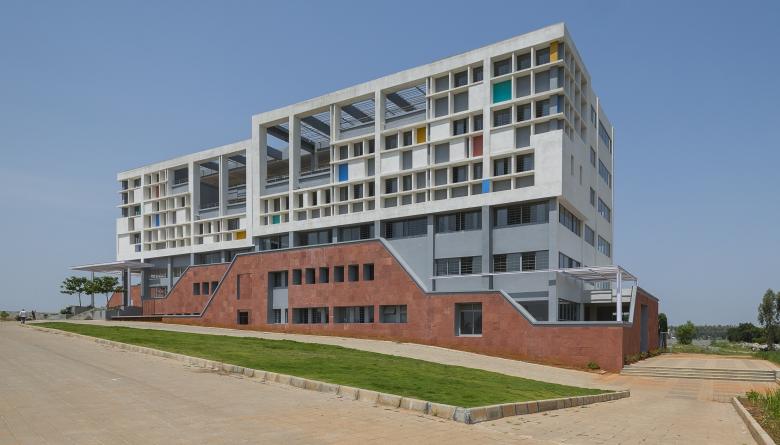 The CMR University campus site abuts a lake and is surrounded by quarries, while containing one such quarry within the site. The master plan is held by a spine, that links the lake and the quarry while also allowing for all the disciplines to open out into it. Various town squares and community courts comprise this spine, which becomes a place of memory with the interacting of all the discipline. The School of Engineering Campus is connected to the spine through a series of courtyards, forming a layered circulation within the campus. The Phase 1 building is designed for 720 students across 3 disciplines. The Common facilities between the departments like the Labs and Workshop areas are distributed in the lower levels where there is always a buzz of movement and the Classrooms are located on the top levels, offering them quite environment and privacy. The Classrooms on the higher levels have a deck outside their class rooms which doubles up as a place for smaller group gatherings and discussions. The staggering corridor on the inside offers a volumetric experience to the circulation, not making it less claustrophobic. The two wings of the block connected by common amenities like Seminar halls and labs in the middle, which overlooks into the Central Court with Amphitheatre, where large gatherings are held.