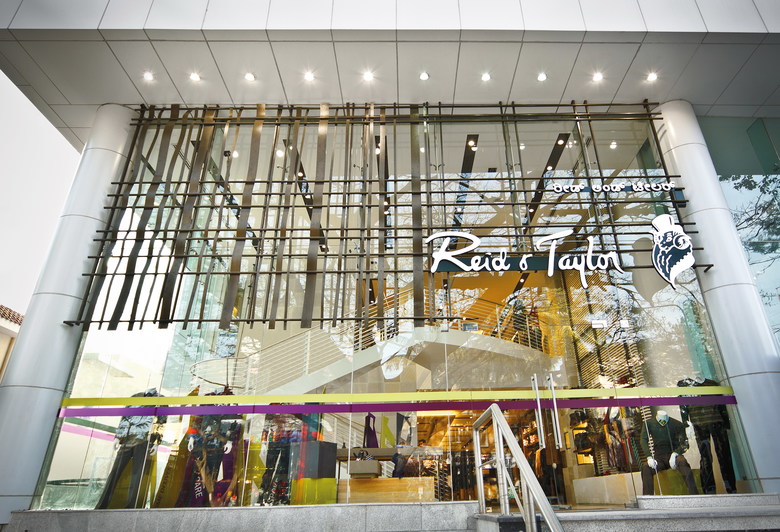 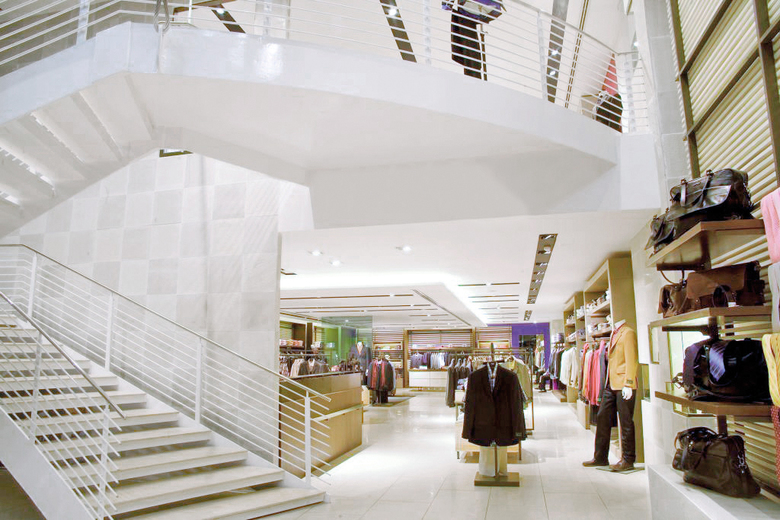 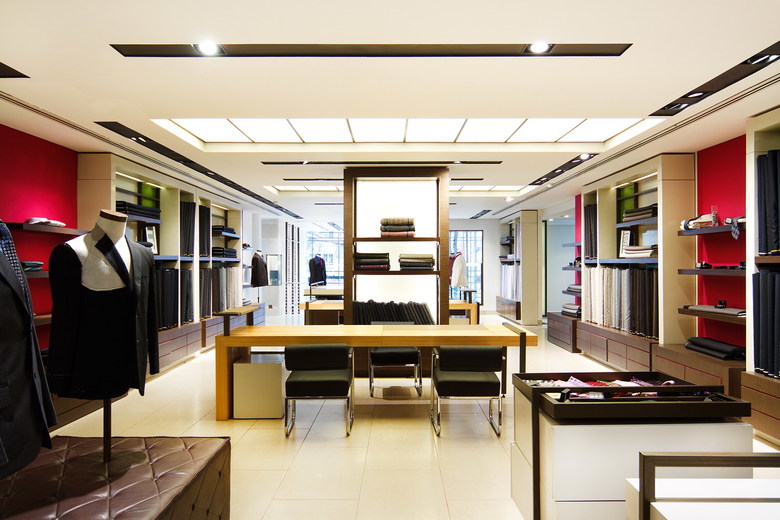 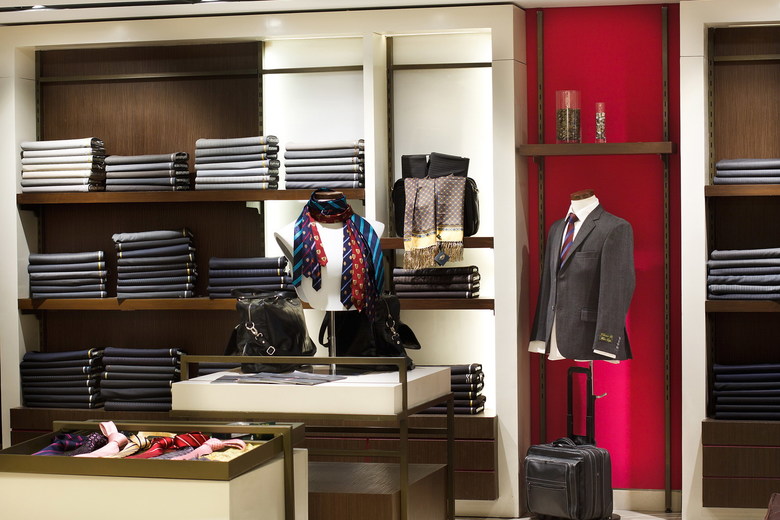 Reid & Taylor have been (custom-)making compelling first-class suits of exclusive materials and top quality since 1837 - in the past as a producer in Scotland, as well as in the present as a fabric expert and a modern shopping destination in India, developed and realised by Blocher Blocher India, the Delhi - based company for architecture and design.

Their design concept is reflecting the high standard of the brand. “The requirement was to develop a flagship concept and a business model with the same attitude,” explains Angela Kreutz, CEO of Blocher Blocher India. Based on the flagship store format, a simplified system was developed which nevertheless still conveys a clear brand statement. The result can be seen, for example, in Bangalore (Flagship) and the Ambi Mall Vasant Kunj in Delhi (Business Store). The design concept takes on the principles and history of the gentlemen’s outfitters. Textures and fabrics elegantly staged by craftsmanship: This is the major theme of Reid & Taylor which already comes into the fore with the facade concept. Metal bands flow down the glass facade like drapes and

weave sporadically into cross beams. Two yellow and violet horizontal strips circle around the two-storey shop window, connecting the European love of simplicity with the Indian love of colours.

One brand, one tradition, three styles

Reid & Taylor unite three styles of the men’s world. The custom-made business suit is as much part of the offering as casual wear and formal suits for everyday city-life. The corresponding lifestyles, be it club, salon or games room meet their equivalent in the interior concept of the exclusive divisions. Customers are met in the generous casual area, which persuades with its simplicity and elegance. The overlay of screens, frames and presentation systems creates a multifaceted and adaptable element family, which meets the various demands on a stylish presentation of merchandise. Adjoining the casual area is the formal-wear division on the one side and the accessory area on the other. “Take Bangalore as an example,” Mrs Angela Kreutz starts to tell, “the ensemble of the freely connected style areas forms the reception hall of the store – an inviting gesture full of light and openness.” An architectural eye-catcher: The curved flight of stairs leading to the gallery on the upper floor, where the offering of the exclusive tailoring department behind is presented. Noble craftsmanship is virtually celebrated there, for instance by the central tailor’s table, which imparts directly the feeling for the tailor’s handcraft. A fireplace functions as a very special room divider that raises the association with the world of a gentleman’s club.

A tribute to the Scottish roots
Various materials and affectionate details define the individual worlds within the overall Reid and Taylor design language. And this language clearly has a Scottish accent. Reminders of the roots of the gentlemen’s outfitters are found throughout the entire store, such as in the planned two-storey living wall, a “vertical garden” transporting a piece of the European fauna to India. The suspended wires which lead to the large staircase symbolise the north-European rain. Also materials such as stone and timber transfer the customer into the world of the Scottish Highlands.