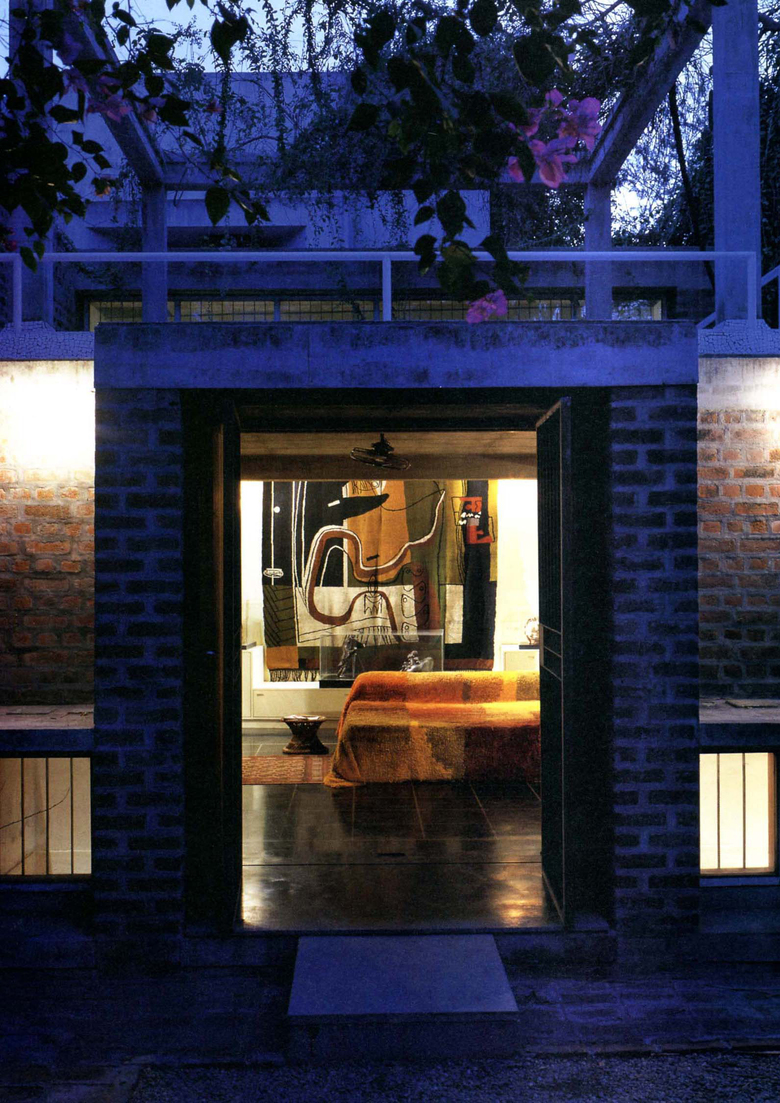 nformed by both Western and Eastern designs, Kamala House was named after Doshi’s wife, and is the architect’s personal residence. Doshi relies on a sustainable and economical approach. Natural light is maximized and streams throughout, while cavity walls trap and minimize heat.

Top: Unlike traditional Indian homes at the time, the garden was placed in the rear of the house rather than in the front, to intentionally offer privacy.
Bottom: Basement in early morning light.